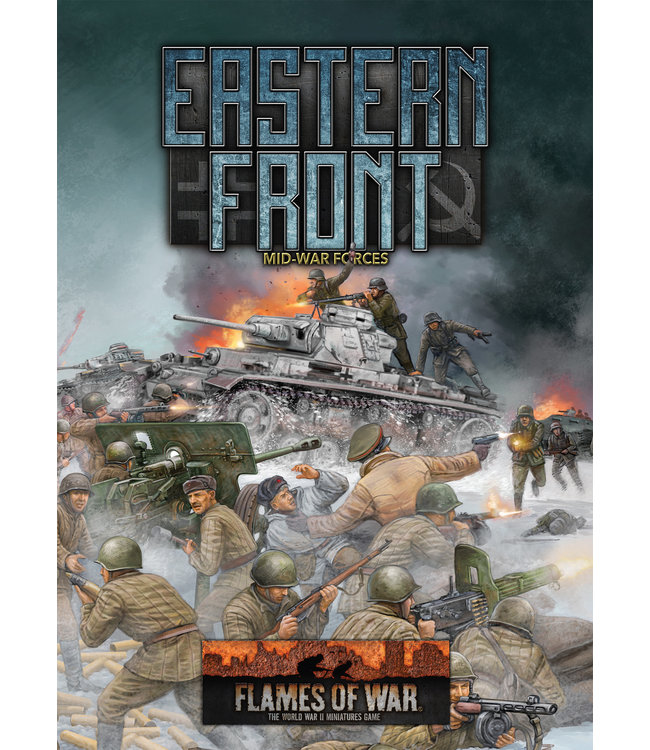 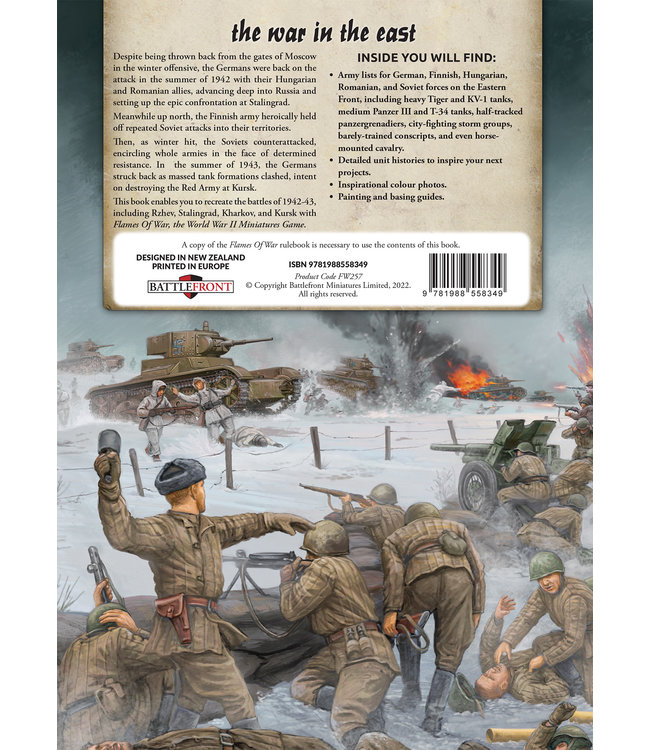 Attention: This product is part of Wave 1. Expected releasedate is 13th august. We will send you your order when all products are released if you order this with products from other waves.

Eastern Front compiles all the Mid-War books and booklets for Flames Of War that cover the fighting on the Eastern Front during the Second World War: Iron Cross, Ghost Panzers, Enemy at the Gates, Red Banner, Death from Above, White Death, Hungarian Steel, and Brave Romania. It also contains some bonus new units.

Use this book to refight the famous battles of 1942 and 1943 like Stalingrad and Kursk, where elite German forces face off against hordes of determined Soviets defending their Motherland.