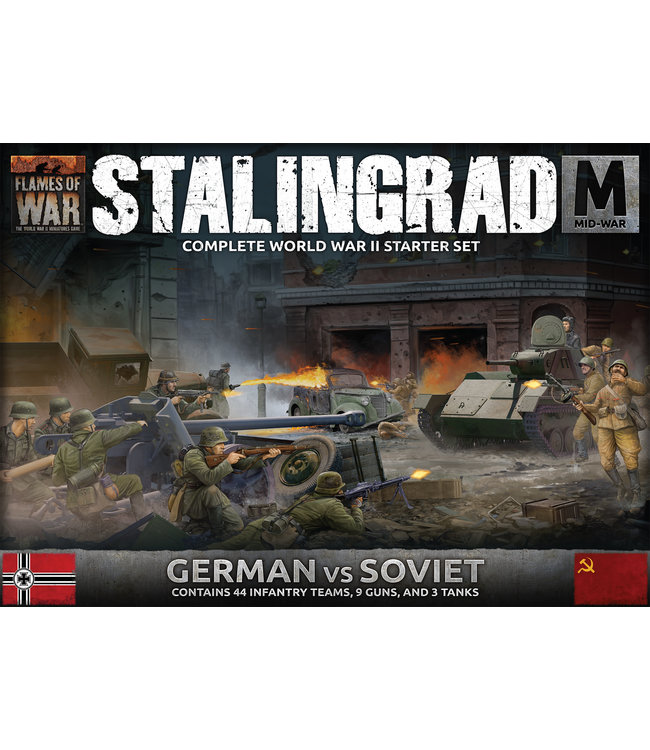 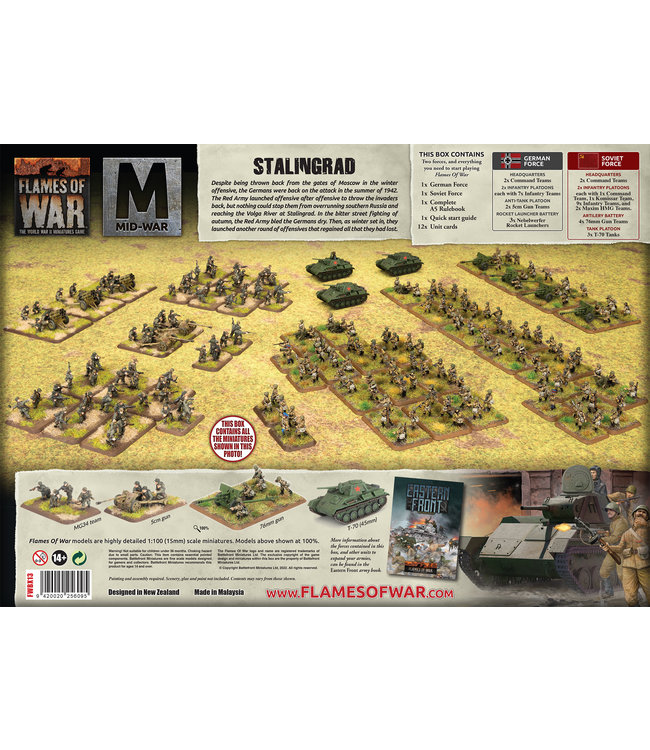 Attention: This product is part of Wave 1. Expected releasedate is 13th august. We will send you your order when all products are released if you order this with products from other waves.

This starter set is the best entry point for anyone wanting to build Soviet and German infantry forces on the Eastern Front, and contains two forces, and everything you need to start playing Flames Of War.