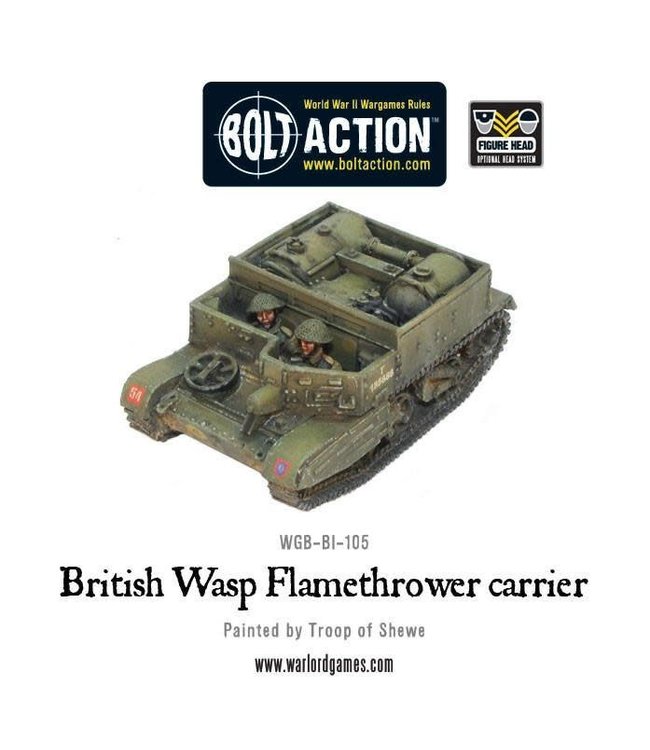 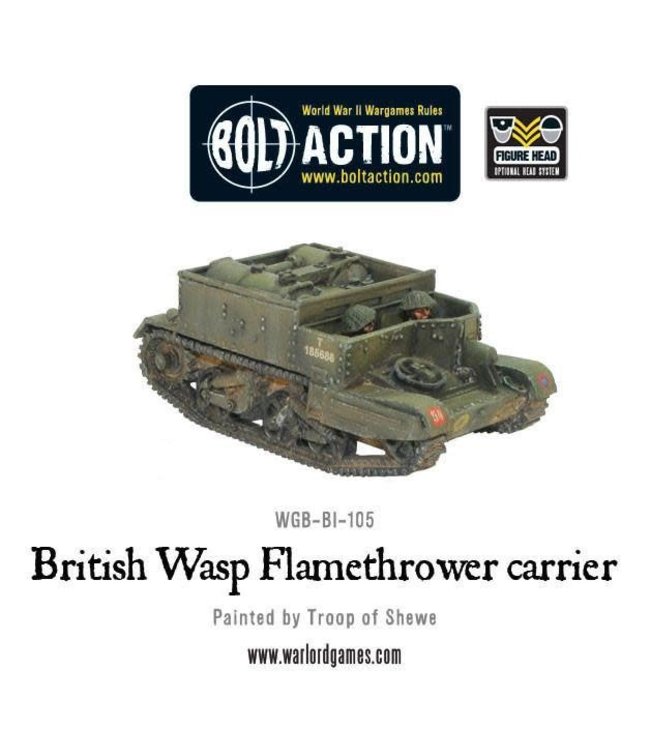 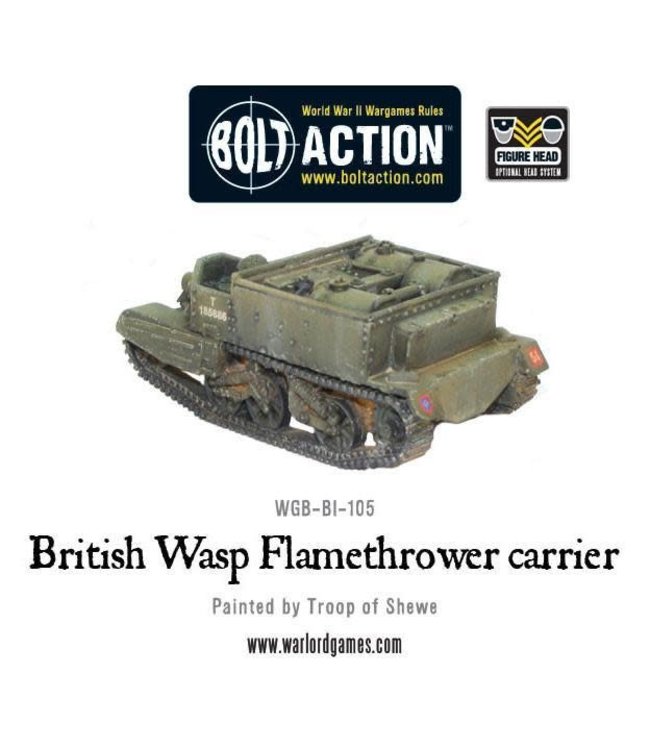 Based on the ubiquitous universal, or Bren, carrier the WASP was a modified version carrying a flamethrower. Dreaded by Jerry!

Wasps were used by the Armoured and Infantry divisions with up to 6 in the independent machine gun companies, though they would usually operate in pairs.