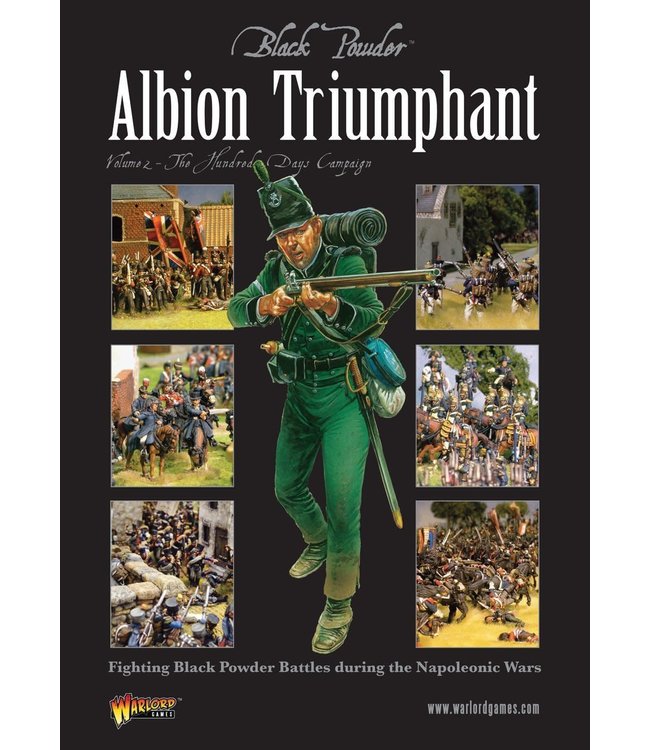 On a damp, overcast Sunday in June 1815, twenty years of continuous warfare the Napoleonic Wars came to a violent and bloody conclusion on a rain-soaked field in Belgium. These wars were truly a world affair, with European powers fighting battles not only on the mainland of Europe but as far as India, Egypt, the Caribbean and America.

The greatest generals of the age finally faced each other on the field of battle; The Duke of Wellington, rooted to a little-known ridge, faced, the Emperor of the French. Napoleon Bonaparte, master of the attack, opposed brigades of British, Germans, Dutch and Belgians; brigades of an infamous army that, despite horrific casualties, clung to the ridge for over nine hours to ensure that the arrival of BlÇ¬cher's Prussian army would put the Duke victory beyond doubt.

The Battle of Waterloo became a true landmark in miltary history, one that will never fade, and nothing on such a grand scale would be seen again.

This supplement for Black Powder overviews the main battles, armies and personalities of the Hundred Days campaign, and includes army lists, scenarios and special rules to enable you to re-fight them using the Black Powder rules.

132 pages of Napoleonic army lists, background, troop stats and scenarios make this an absolute must for lovers of Black Powder, of Napoleonic gaming or simply of gloriously produced wargaming books!

You will need the Black Powder rulebook to use Albion Triumphant.