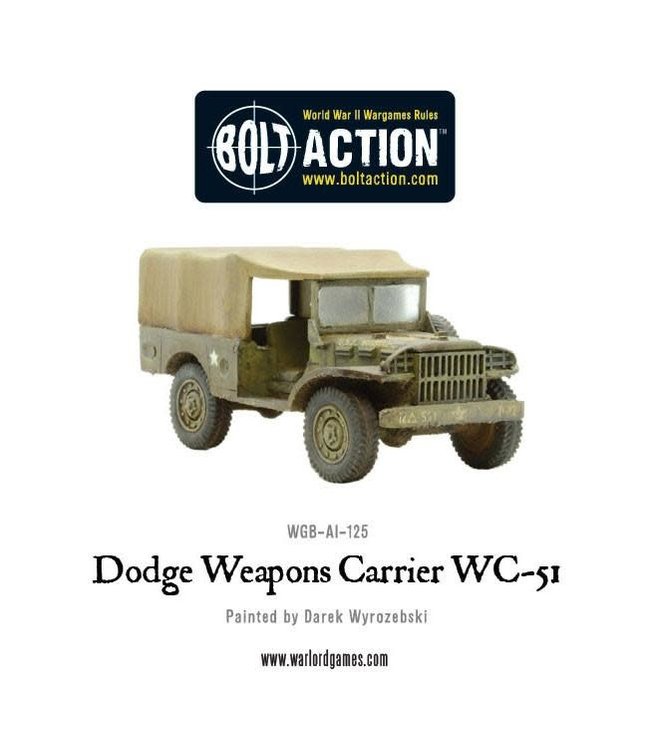 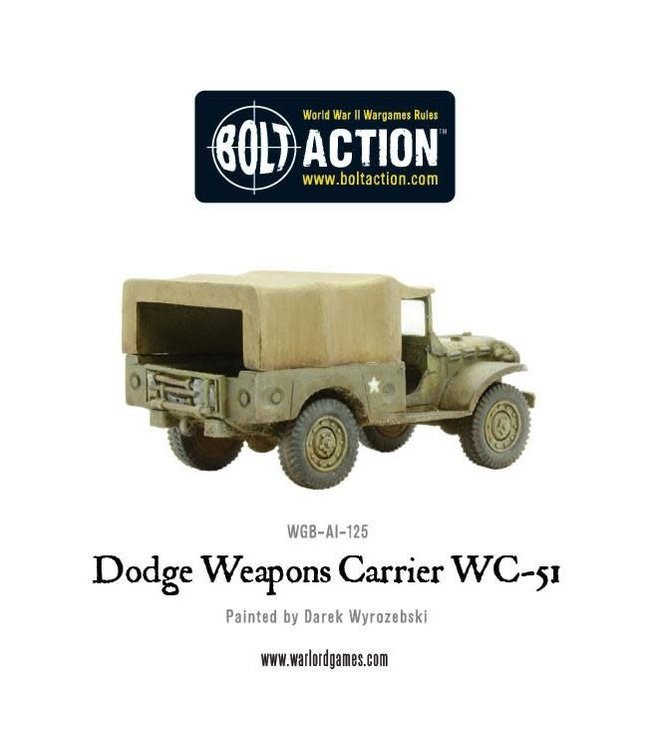 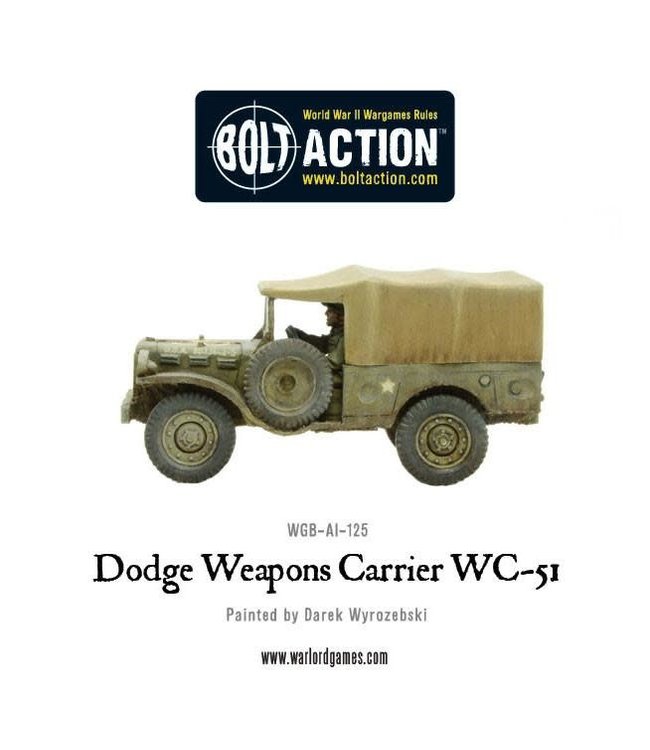 The Dodge WC series was a range of light military trucks produced by Dodge and Fargo during World War II. They were known as the WC series ‘W’ being the letter code for 1941 and ‘C’ designating the ½ ton truck – the same designation was retained for the ¾ tonner. They were also referred to as ‘Beeps’ or ‘Big Jeeps’.

This light 4x4 truck was used as a staff vehicle for high-ranking officers, weapons carrier, reconnaissance, and in a variety of non-combatant roles such as ambulances, mobile workshops, and signals trucks.

Although some were used for reconnaissance, the ¾ tonner was less popular in that role than the Jeep because its greater size and weight made it less manoeuvrable in a tight spot.

Whether transporting or towing, this vehicle is a very utilitarian piece of kit found in any US army and in almost every theatre of combat across the world. A perfect and cheap in game addition to get teams where they're needed.