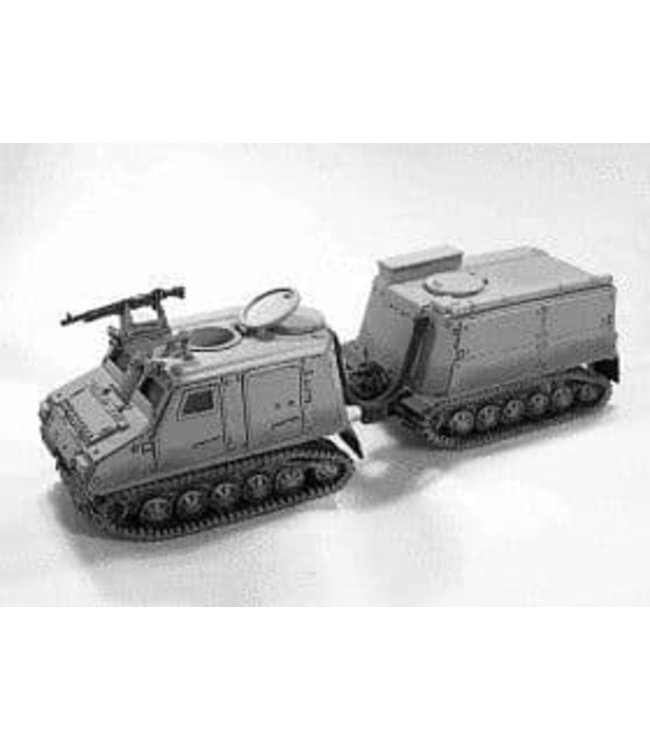 The BvS 10 is an All Terrain Armoured Vehicle produced by BAE Systems Land Systems Hägglunds of Sweden. This vehicle, referred to as the All Terrain Vehicle (protected) - ATV(P) or Viking by the UK forces, was originally developed as a collaboration between industry - Hägglunds Vehicle AB - and the UK Ministry of Defence (MoD) on behalf of the Royal Marines.

The BvS 10 is similar to, but distinct from, the Bv 206 or Bv 206S. It is a much larger and fully amphibious armoured vehicle based upon the characteristic twin-cab, articulated steering system typical of Hägglunds all-terrain vehicles. The main differences from the older Bv206s are a more powerful Cummins 5.9 litre diesel engine, improved ground clearance, and newly developed chassis, power train and steering units that give the vehicle considerably enhanced speed (from previous 51.5 km/h on road) and comfort on road and in terrain, as well as greater load-carrying capability (up to 5 tons), and the ability to add various modular sub-systems such as add-on armour, weapon mounts, a load-changer and cargo platforms.

This model comes without a weapon station.