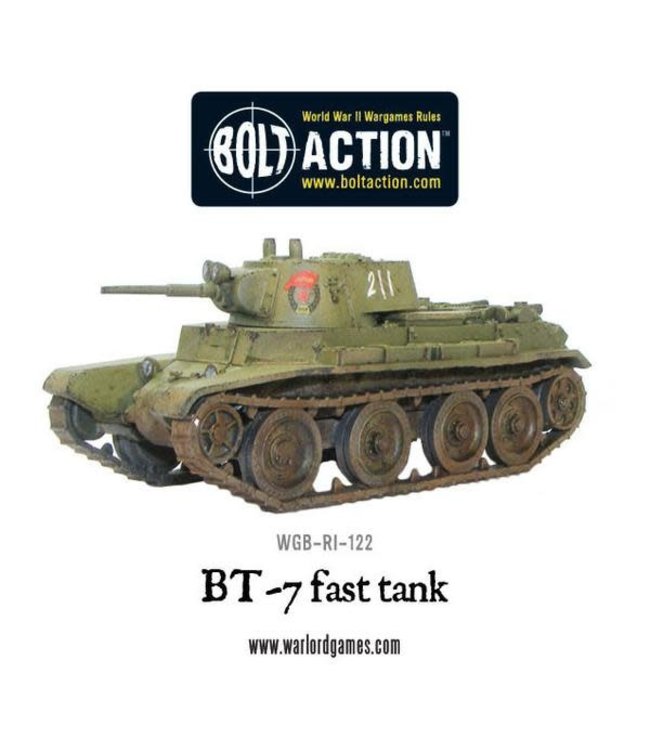 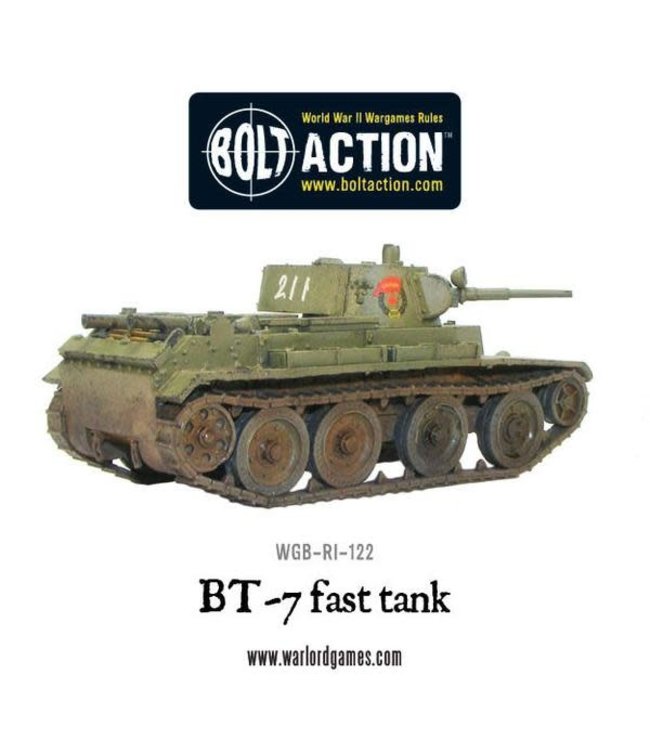 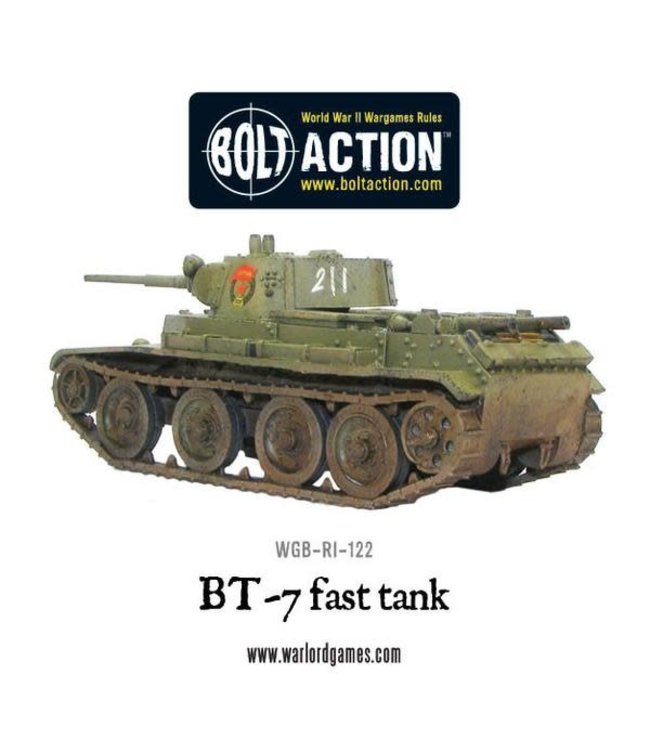 The Soviet army of World War II was not short of fast cavalry tanks. The BT-7 was built in the thousands and used in early battles against the Japanese and later the invading Germans. Capable of an impressive 44mph on roads and over 30mph across country, it weighed in at over thirteen tonnes and used its speed for protection rather than it's light 20mm thick armour. The BT-7 had a crew of three – the driver, loader, and commander, who also served as the gunner, were kept busy serving a 45mm main gun and co-axial machine gun. The tank was fairly crude in keeping with many Soviet war machines, and losses were high – over 2,000 were destroyed or abandoned in the first year on the Eastern Front. However, as with most things produced by the Soviets, they were to be fielded in massive quantities – over 5,000 were produced, being used by the Red Army for almost the entire war. Quantity has a quality all of its own!