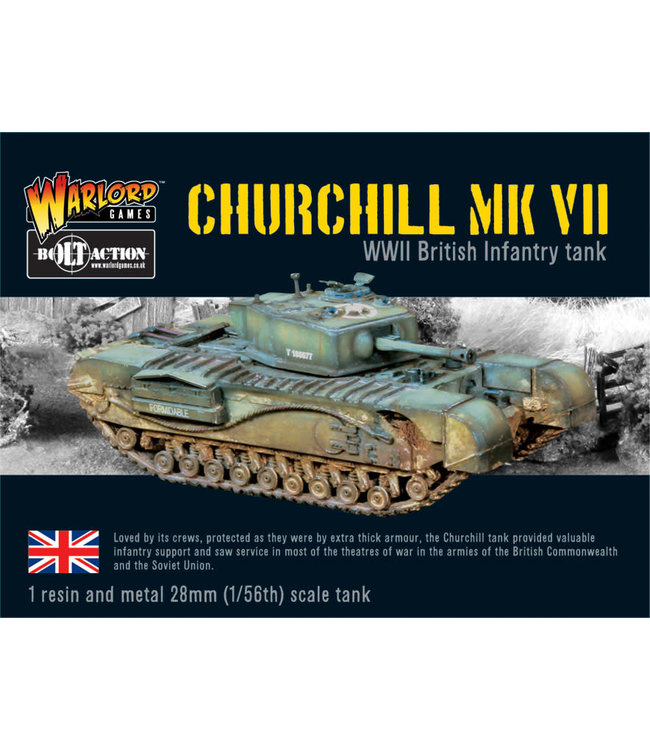 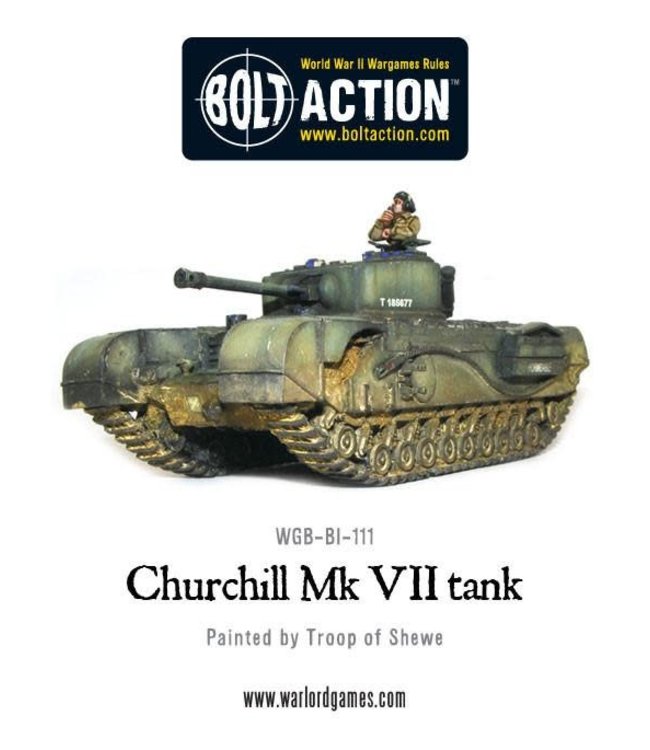 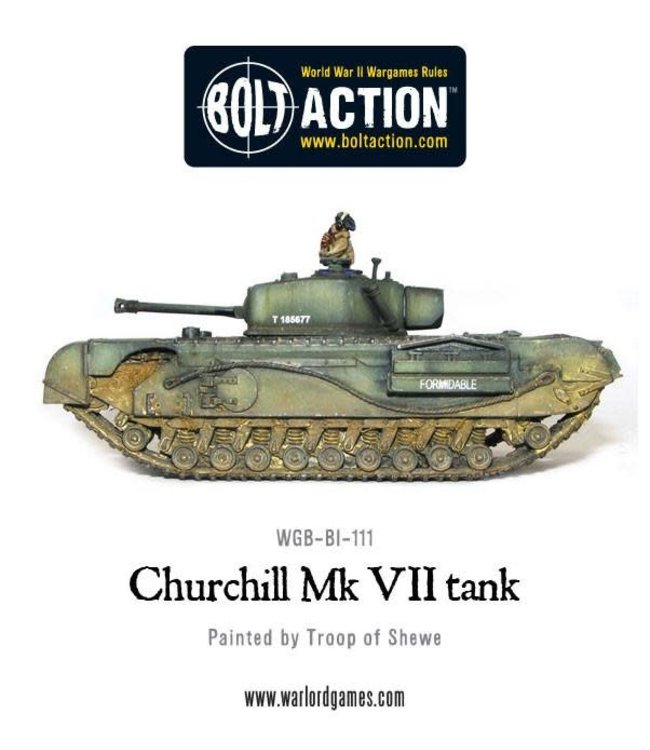 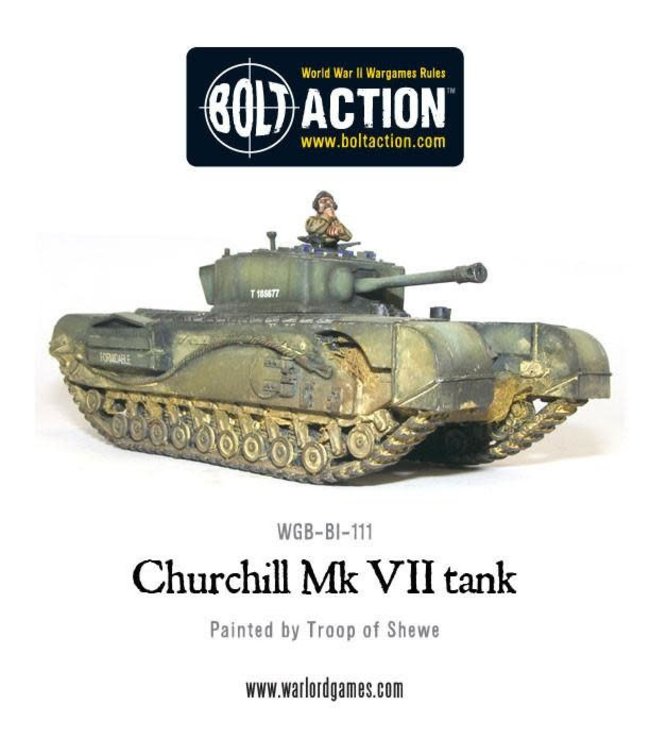 The Churchill was one of the heaviest allied tanks of the war, best known for its heavy armour, large longitudinal chassis with all-around tracks with multiple bogies, and its use as the basis of many specialist vehicles.

It will be no surprise to you to know that it was named after the Prime Minister, Winston Churchill, but you may not know that he had also been involved with the development of the tank as a weapon during the First World War

The Churchill MkVII first saw service in the Battle Of Normandy. It was sometimes known as the Heavy Churchill as it was wider than the previous models and had more armour.