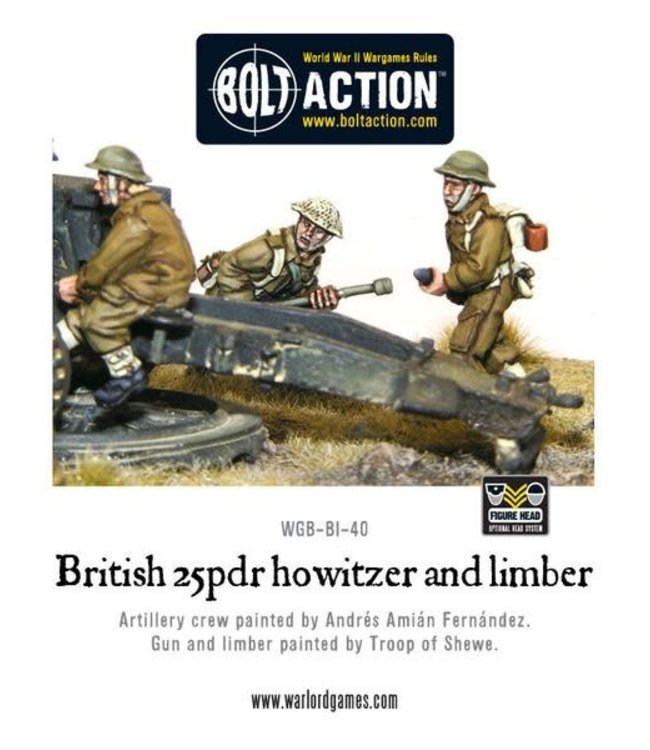 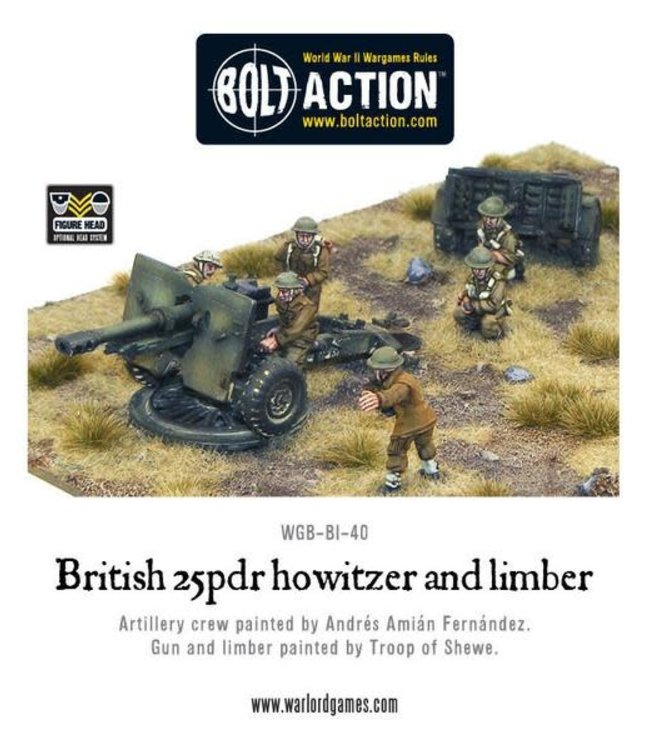 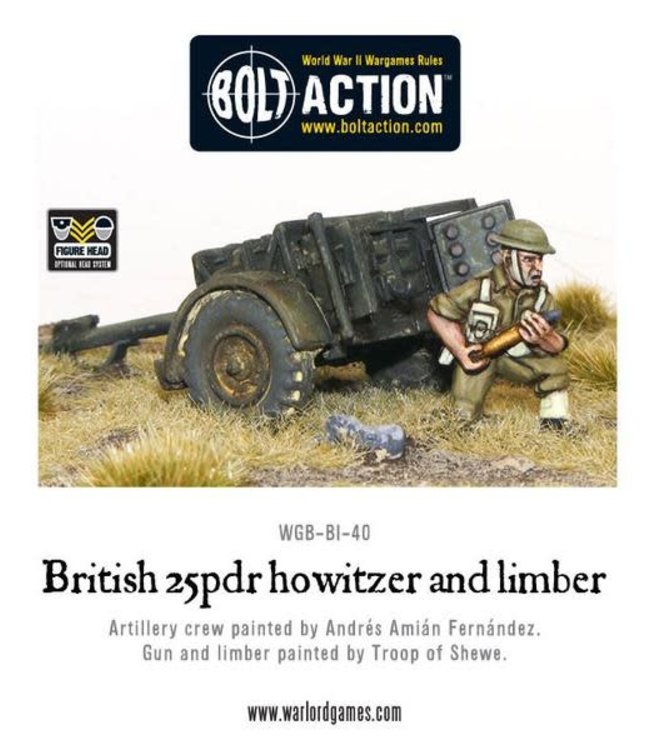 The 25 pounder was the key howitzer used by the British Army throughout World War 2 and beyond. It was found in every theatre of war.

It was fast firing and hard hitting but also easily manoeuvrable when pulled by a quad tractor and limber. In Bolt Action game this is considered a light artillery gun and is operated by a crew of three.