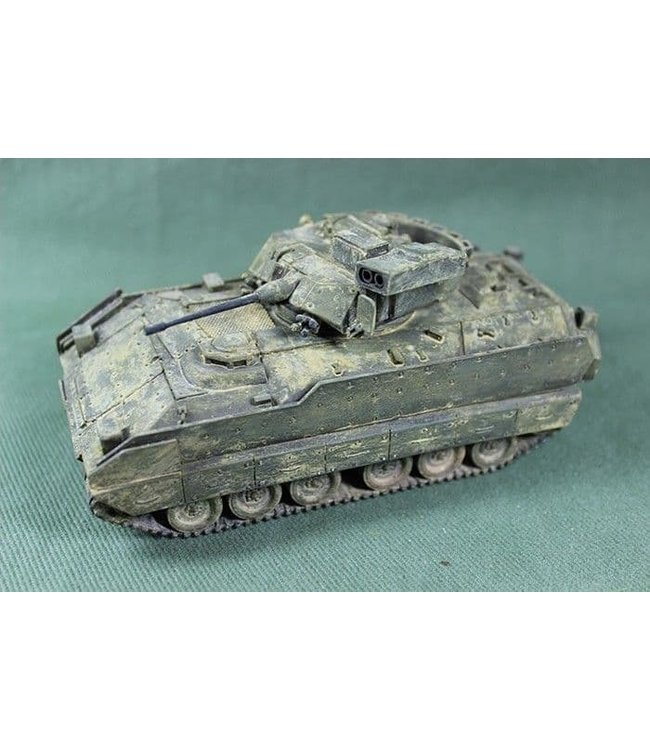 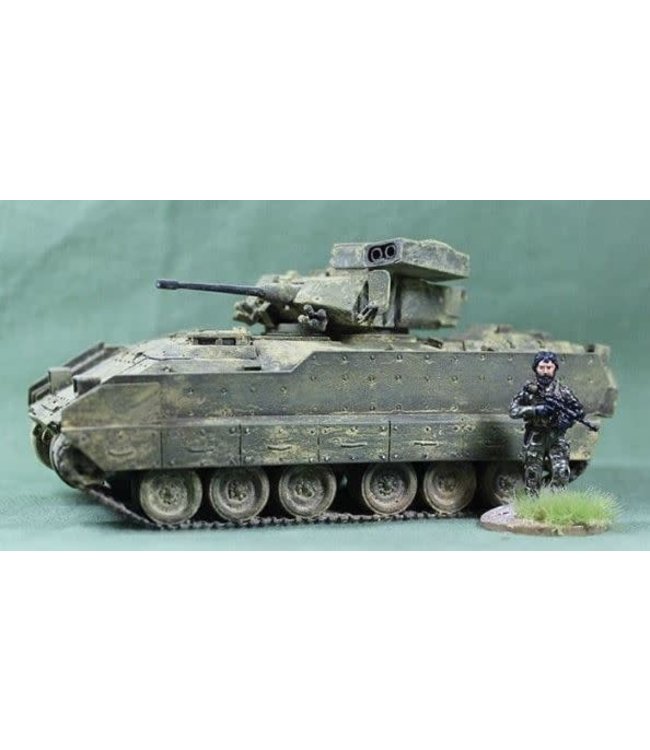 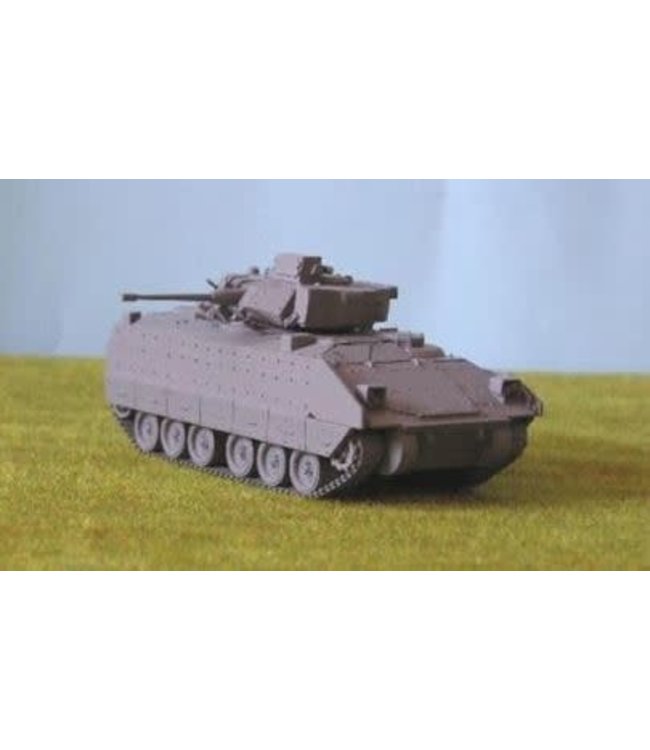 America's Bradley Infantry Fighting Vehicle (M2) and Cavalry Fighting Vehicle (M3) was designed as a successor to the M113 APC. With a 25mm Bushmaster chain gun and two-tube TOW launcher it has a greatly increased firepower, and its mobility and protection is better than the M113. It had a long development: first projects were begun in 1964, and it was not until 1983 that the first Bradleys were delivered to US Army units, but the long wait proved worth it when it proved a complete success in its first combat test, the 1991 Gulf War. There is very little difference between the M2 and the M3. The M2 has a crew of three – commander, gunner, driver – can take a fully equipped squad of six infantry into battle, and has firing ports.

The M3, designed for reconnaisance missions, has the same crew, carries two observers and four infantry, but also has more ammunition and 12 TOW missiles instead of the M2's seven, and the firing ports are sealed. Improvements have continually been made to the Bradley since it was first produced, and it is still being improved. The A2 series had better armour, back-up sight for the commander and a ballistic shield, and internal armour for important equipment. This led to increased weight, which in turn led to an uprated engine, drive train, transmission and suspension, and upgraded air cleaners and exhaust system. The A2 versions also had a day/night thermal vision sight and an Integrated Sight Weapon Fire control system.

Experience in the Gulf War led to ODS (Operation Desert Storm) upgrades, including a Digital Compass system and Portable Lightweight GPS Receiver. Two other enhancements being put into place are the Battlefield Combat Identification System, currently on use in the Abrams, and a missile countermeasure system to defeat hostile anti-tank missiles. Currently A2 status vehicles are being upgraded to A3, with the addition of digital vehicle electronics, a new ballistic fire control and auto-tracking system and extra roof protection.