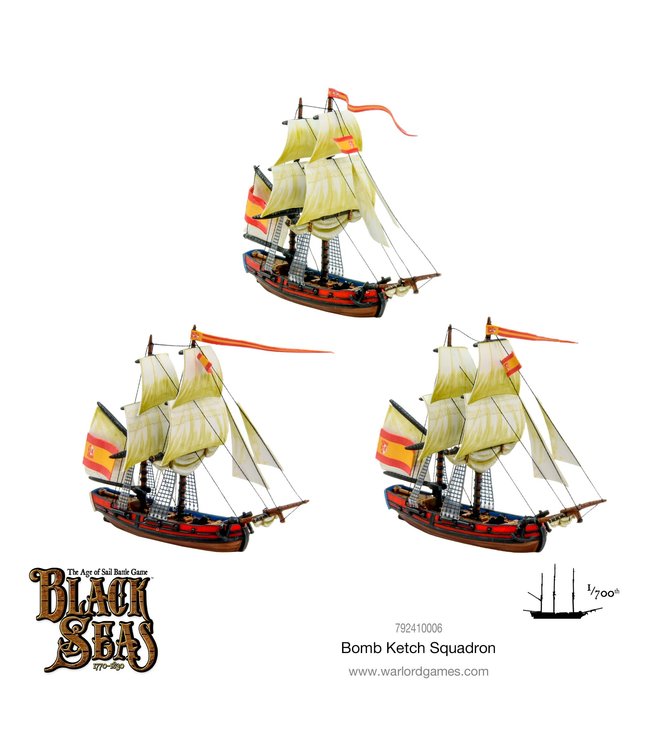 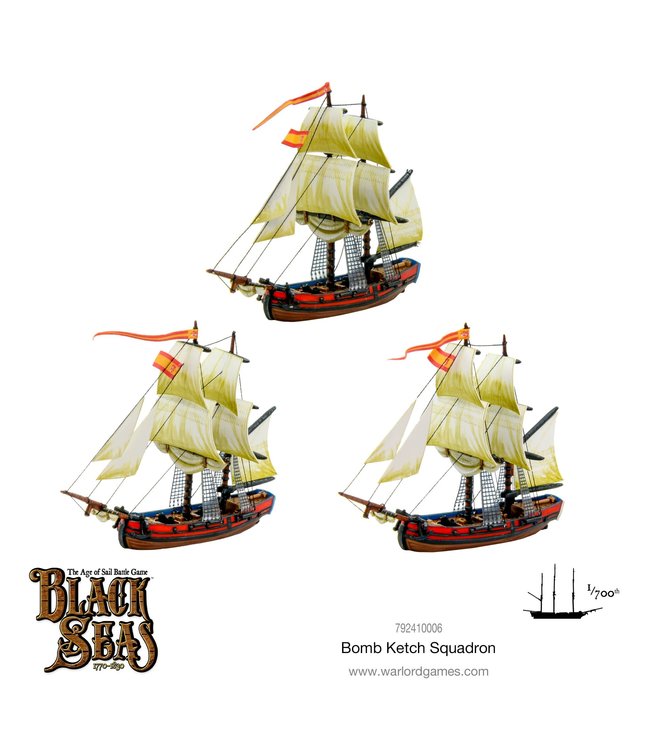 A bomb ketch’s primary armament was not cannon or carronade, but a mortar mounted near the bow elevated at a high angle, that employed explosive shells rather than solid shot. They were designed primarily as bombardment vessels (hence the name bomb ketch), and were deployed against fixed land positions.

Though the British first employed a bomb vessel in 1347, it was the French who would develop a design (in the late 17th century) closer to those seen in the Age of Sail. The British copied and refined those designs over the next century, which led to two-masted ketches. Further development over the age of sail would result in bomb vessels designed as full-rigged ships (with three masts) – which allowed them to function as escort sloops between battles.

A bomb ketch is treated as a small vessel in Black Seas with a mortar mounted on the bow. It functions similarly to a gunboat, but benefits from greater speed and durability.