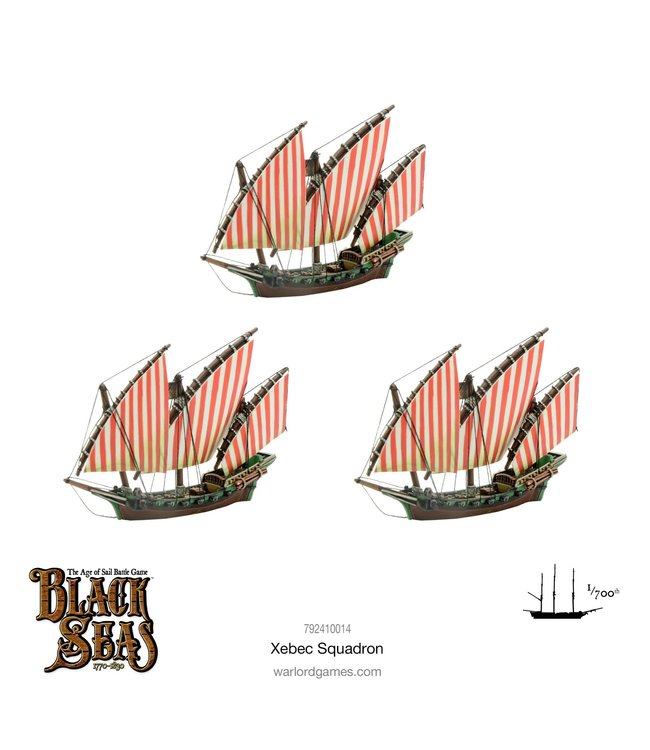 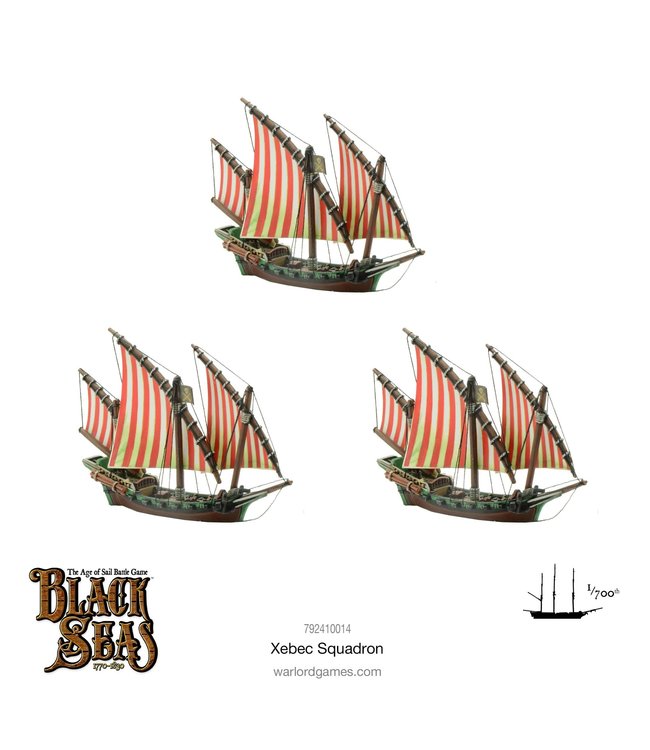 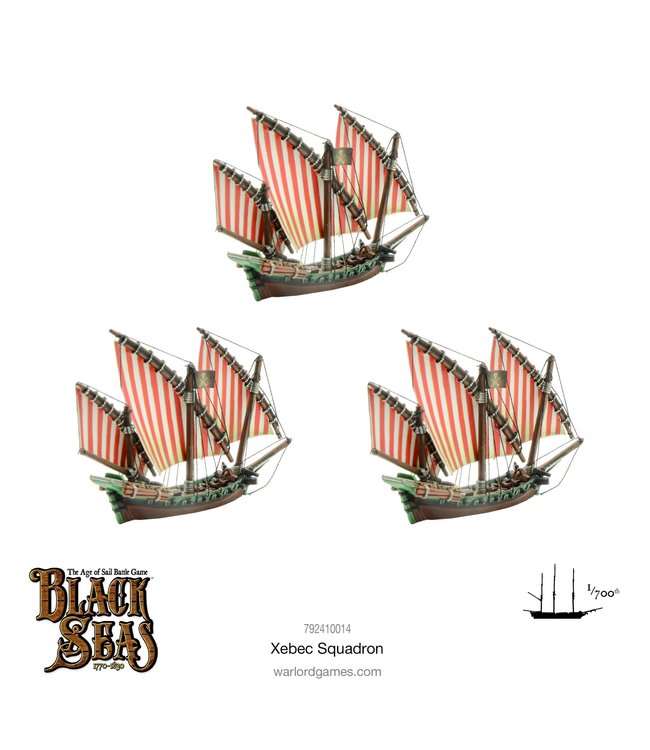 A Xebec is a two- or three-masted vessel usually found in the Mediterranean that was used mostly for trading. It had a long overhanging bowsprit, an aftset mizzen mast and lateen sails.

Favoured by Barbary Corsairs (Muslim pirates operating off the coast of North Africa) and Algerian Berber corsairs, early xebecs had two masts, whilst later examples had three. The ships were generally smaller than frigates of the period, both in terms of displacement and the number of guns they carried.

The modified ships were oftentimes faster than their victims owing to a narrower floor, and their lateen sails meant that it could sail at great speed close to the wind – lending them a great advantage in pursuit or escape. Xebecs armed in this way would mount between 300 and 400 men and would mount between 16 and 40 guns.

The design was not without its disadvantages; the ships fared poorly in rough weather and high seas, and the sails were vulnerable to enemy dismantling fire. A wise captain would therefore need to pick their battles wisely, and use their ship’s superior manoeuvrability to avoid unwinnable confrontations and instead prey on the weak – striking swiftly to overwhelm their prey and withdraw equally as quickly.

As well as uses in piracy there were some uses of xebecs in national navies as light warships – often as a direct counter to the pirates themselves. The advantages of speed and manoeuvrability did not go unnoticed by coastal traders either – especially those who favoured speed and draft over cargo capacity.

One of the most famous single-ship actions in all of naval history involved a Xebec. On 6 May 1801, the British sloop Speedy defeated the Spanish Xebec-frigate El Gamo. This engagement is the inspiration for many examples of literary naval fiction, perhaps most notably Patrick O’Brian’s Master and Commander.

This pack includes a squadron of three xebecs for inclusion in Black Seas fleets. You’ll find rules for their use with the included ship cards.