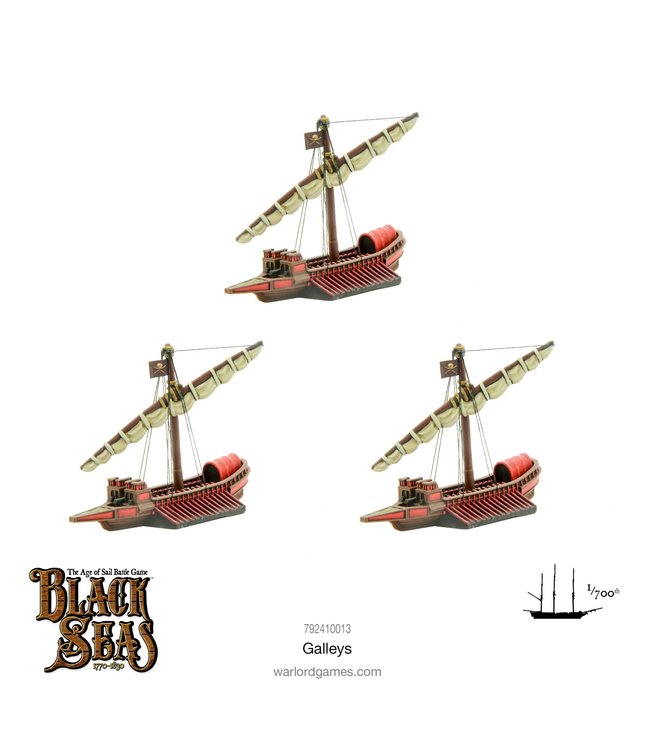 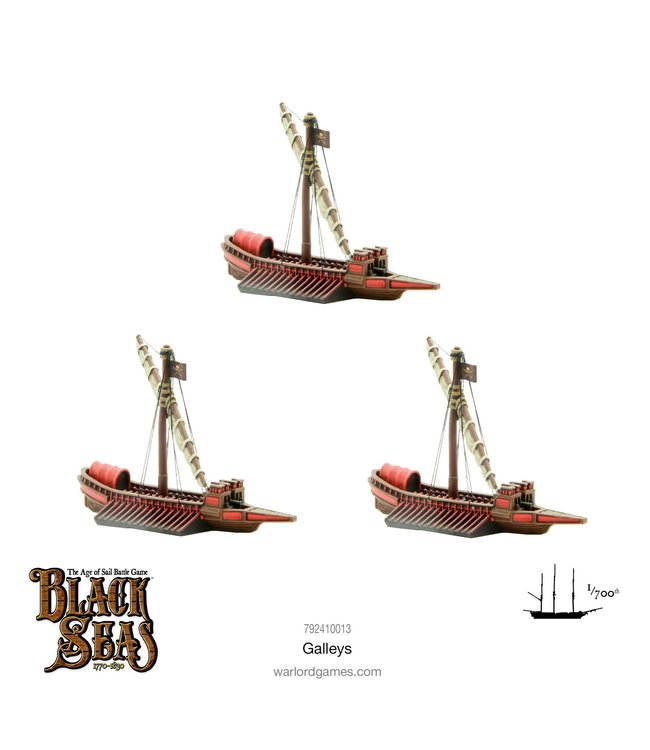 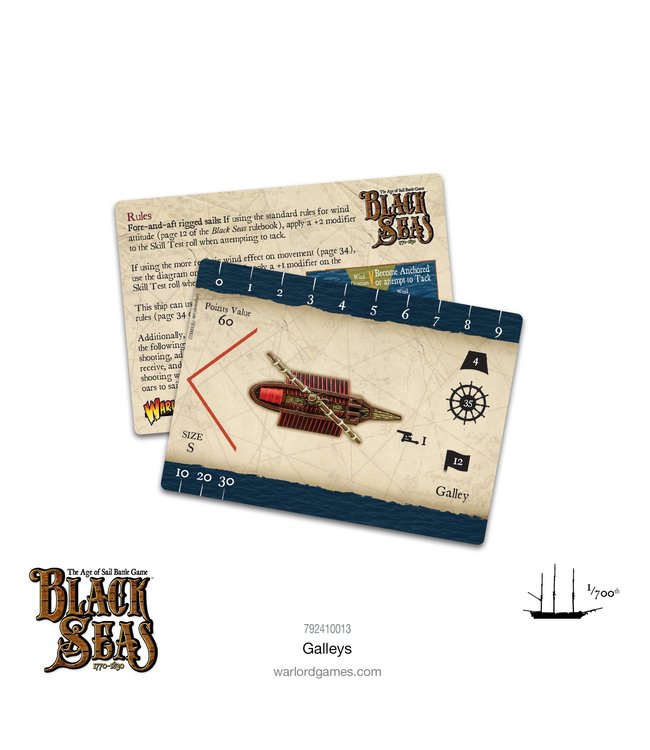 Though galleys were out of favour by the Age of Sail, they were still used. Galleys are very low, long, and slender ships that use banks of oars as their main mode of propulsion. Identified easily by their long hulls and shallow drafts, they still maintained sails that could be used should the winds prove favourable – though this never superseded manpower as the primary means of manoeuvrability.

In Black Seas, galleys can deploy oars and, if needed, move independently of the wind. While moving under oars, these ships can move as if at Battle Sails, no matter where the wind is coming from. However, as the crew is busy rowing, the ship will shoot with an additional -2 penalty. Galleys may also deploy their sails, following the same rules as all other sailing ships. However, in order to switch from sails to oars, or vice versa, a ship must spend one full Turn without shooting.

Originating in the Mediterranean by the early naval powers – notably the Greeks, Illyrians, Phoenicians, and Romans, the galley remained the predominantly used types of vessels used for both war and piracy in those seas until the end of the 16th century. Though the advent of the lateen sail used in hybrid vessels like xebecs had displaced the use of galleys by the 18th century, the vessels still saw some use. The last recorded battle where galleys took a significant part in the Mediterranean was at Matapan in 1717; however, the vessels enjoyed a brief resurgence in the wars of the 18th century between Russia, Sweden and Denmark.

This pack includes a squadron of three galleys for inclusion in Black Seas fleets. You’ll find rules for their use with the included ship cards.