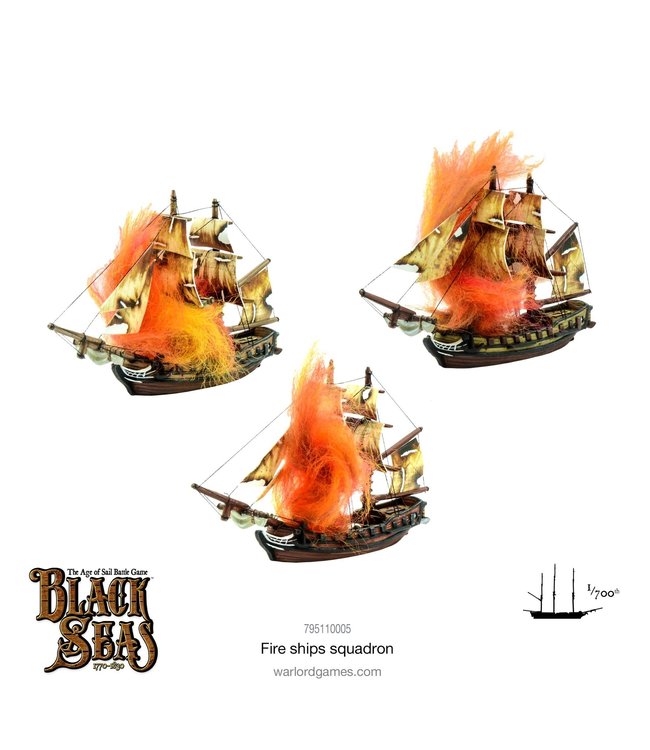 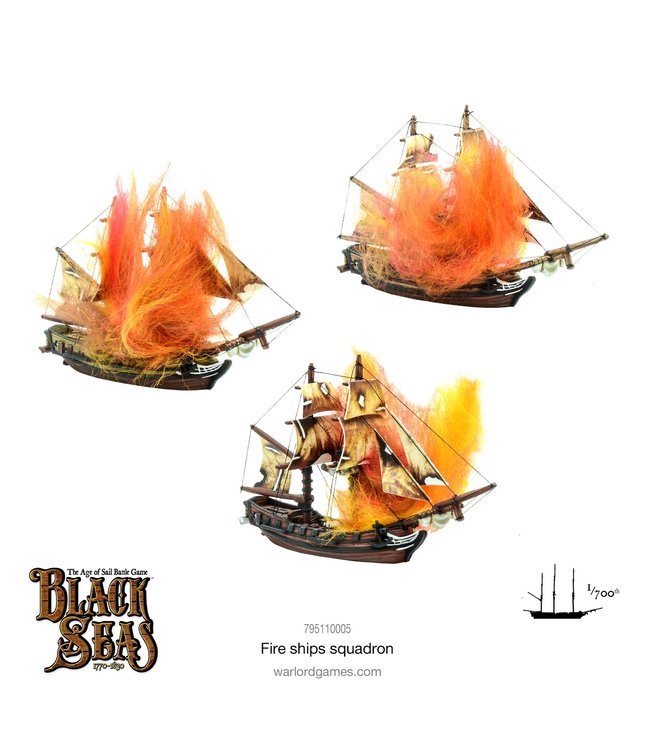 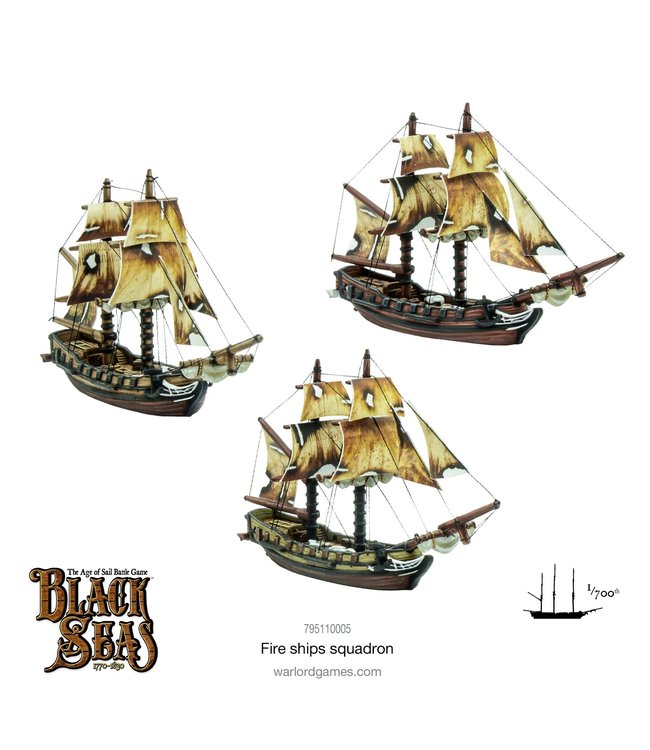 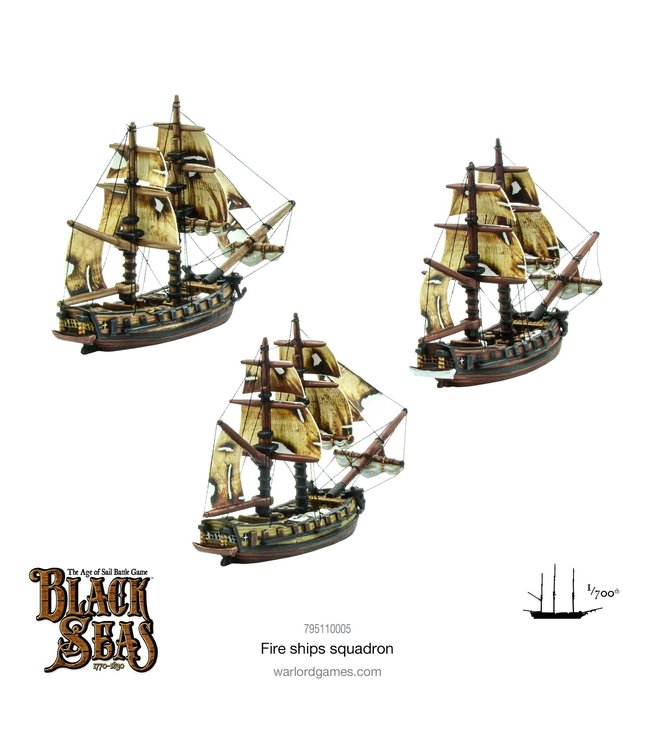 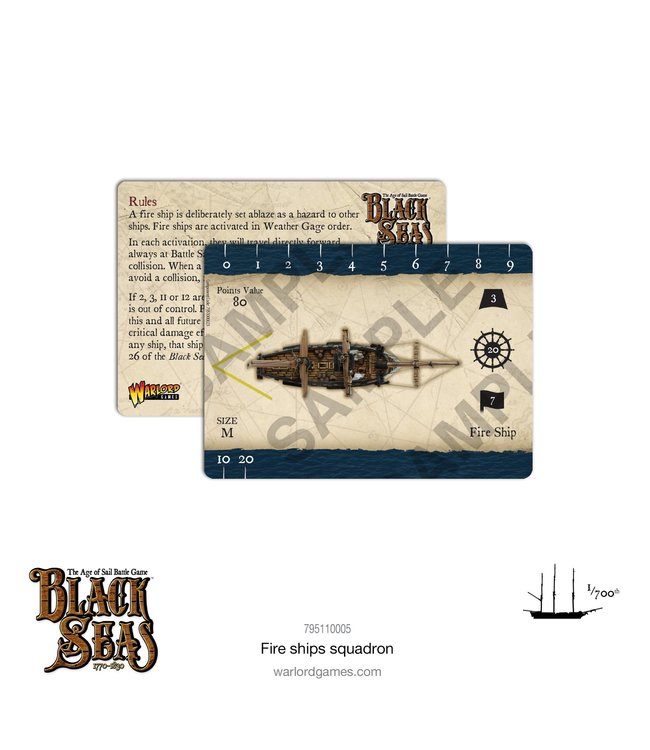 Filled with gunpowder and other combustible materials, Fire Ships were deliberately set ablaze and sent towards the enemy battleline where they would explode or set opposing ships alight.

Warships during the Age of Sail were highly susceptible to fire. With wooden construction seamed with fat and tar, and an abundance of stored gunpowder onboard, there was little aboard a warship that would not burn. As such, the period of usage of fireships in national Navies runs almost parallel to that of the usage of cannons, beginning in 1588 with the defeat of the Spanish Armada, up to the Battle of Navarino in 1827.

Purpose built fireships thus increasingly became a staple of fleets as the 17th century bled into the 18th. Bespoke features, such as grappling hooks to encourage collision entanglements, were incorporated into the designs. Although fire ships could be set adrift if the wind was favourable, it was just as common for such vessels to maintain a skeleton crew. These crews were expected to abandon ship at the last possible moment.

Fire ship tactics enjoyed most success against harboured or anchored enemies, as a competent captain was usually able to manoeuvre their vessel out of harm's way and lay fire down to disable the ablaze ships. Fire ships were used more sparingly during the Napoleonic Wars, but they remained a distinct class of the Royal Navy until 1808. Though approaching obsolescence in the early 19th century they still met notable successes such as at the Battle of Tripoli Harbor (US Navy, 1808) and the Battle of the Basque Roads (Royal Navy 1809).

In Black Seas, Fire ships are activated in Weather Gage order like any other ship. They will always travel directly forward unless affected by the wind or a collision - they will always fail collision tests, which is more or less the idea! Enemy (and friendly) ships would do well to make utmost effort to get out of their way, as if they come within 2" of a fire ship, they are also set ablaze!