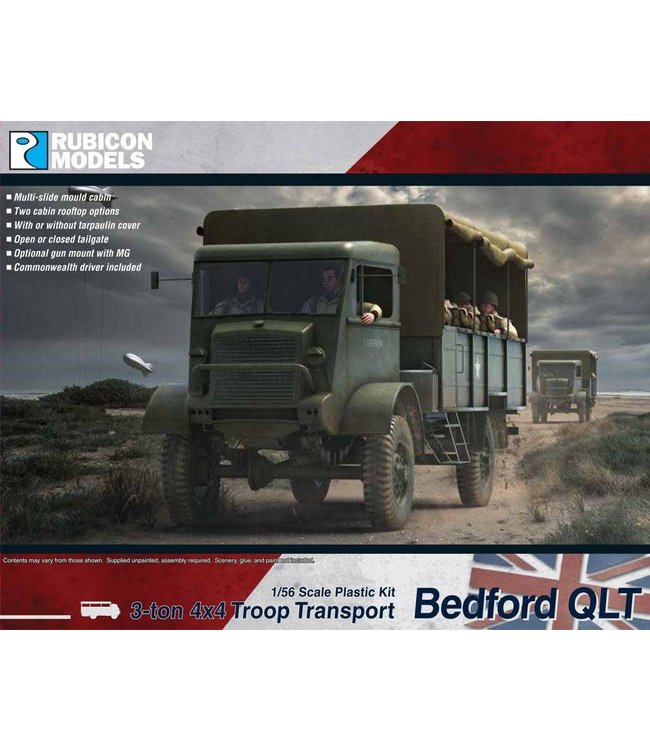 The Bedford QL was a series of trucks, manufactured by Bedford for use by the British Armed Forces during World War Two.  At the outbreak of WW2, Bedford was contracted by the British War Office to produce a 3 ton 4×4 general service truck.  A pilot model was ready in February 1940 and quantity production started in March 1941.  The Bedford QL was in production from 1941 to 1945 and was Bedford’s first vehicle series built for the military.  A total of 52,240 were built.

The QLT variant was a troop transport.  From August 1941 and until the end of WW2 more than 3,300 QLTs were produced.

- With or without tarpaulin cover