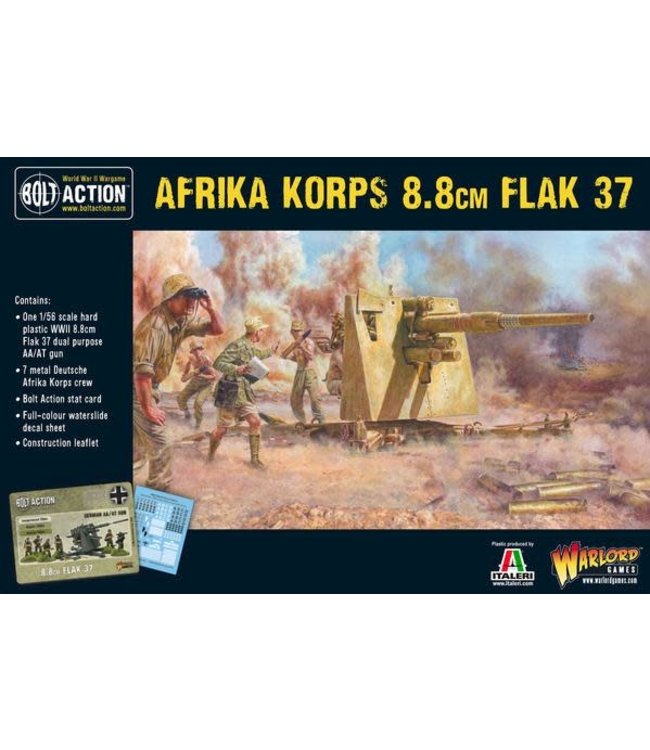 Originally developed as an anti-aircraft weapon, the Flak 37 8.8cm (or Eighty-eight as it became known by Allied troops) had a high muzzle velocity to allow it to reach the higher ranges modern bombers were capable of at the time. This would make it an exceptionally deadly anti-tank weapon as many Allied tank crews would learn to their peril. The 88 could also be deployed as a conventional artillery piece – as one infantryman noted, the 88 was 'anti-everything'...

The 88’s fearsome reputation grew immensely during its service in the Western Desert where it was one of the very few weapons capable of dealing with the British Matilda II infantry tanks.

Capable of firing accurately whilst still attached to its wheeled carriages, penetrating armour plate up to 108mm thick at ranges of up to 1,100 yards,  the 88 could be fully deployed onto its cruciform firing platform and ready to fire in around two and a half minutes.

Many 88s were fitted with a large gunshield although in the desert there were many examples of this being dispensed with.

Use the Flak 37 just like Rommel did in the Western Desert, well placed with an open field of fire as far back out of reach of enemy units as possible and well dug in. Utilize the Super-heavy anti-tank gun on a rotating platform to blast apart enemy armour from far distances. With the addition of a spotter in a forward deployment position relaying coordinates, nothing will be safe!