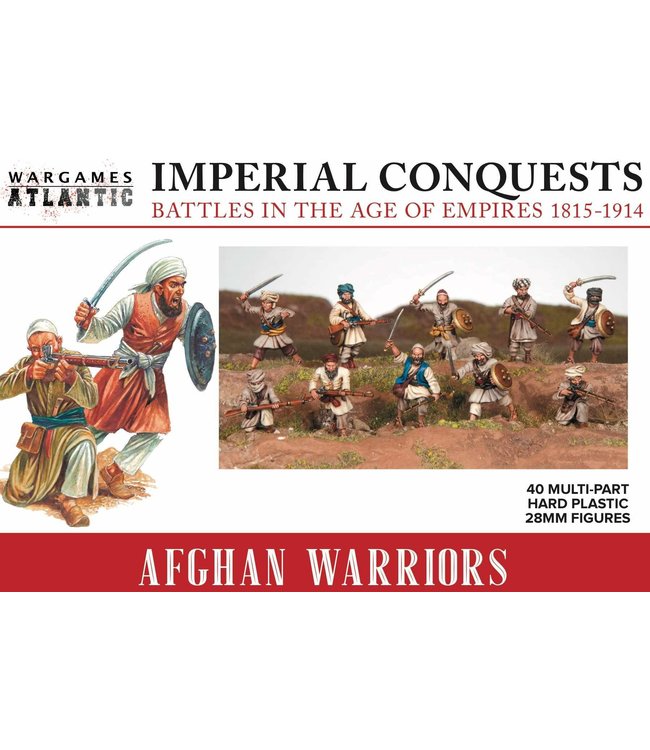 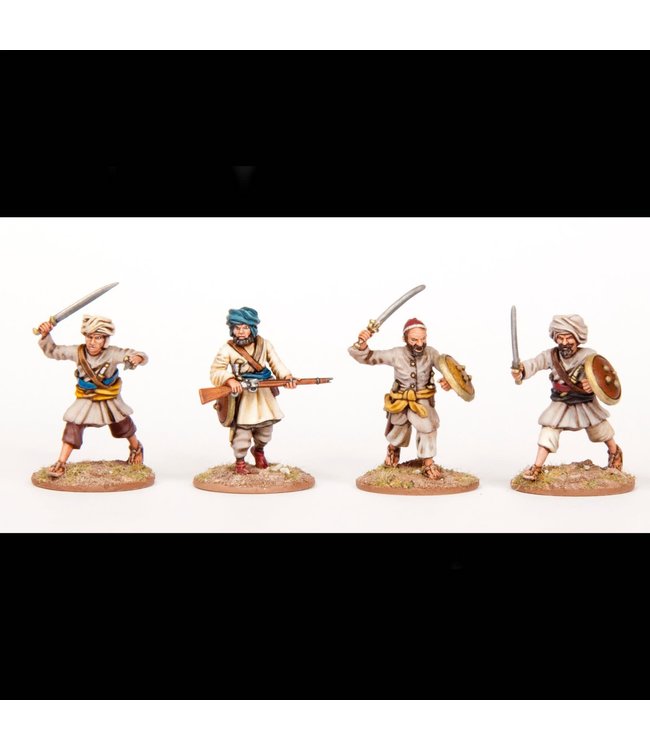 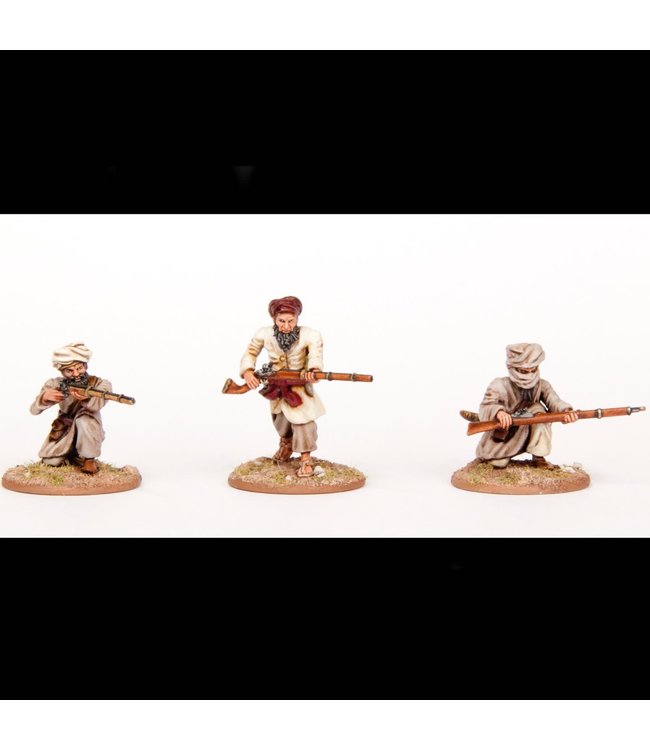 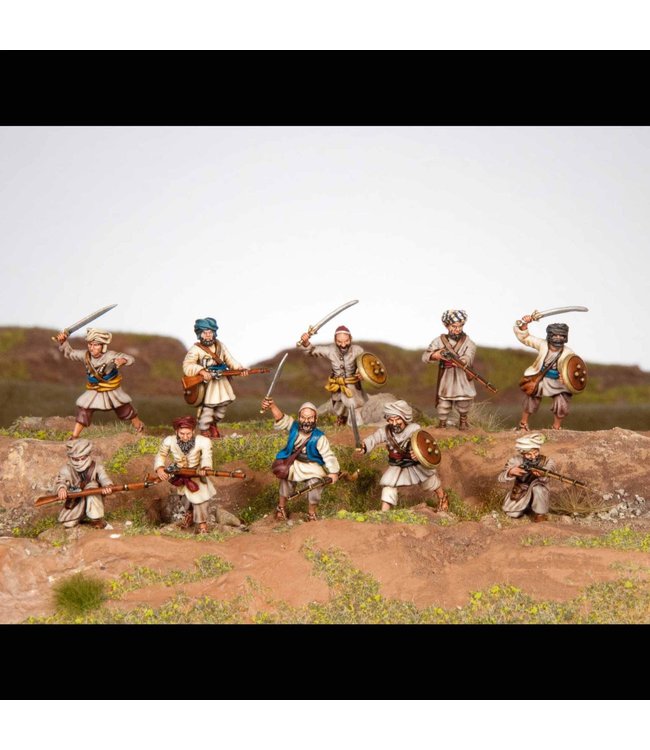 FEARSOME OPPONENTS DOWN THE AGES...

The “Great Game” between Russia and Britain in the 19th century led to Afghanistan becoming a focal point of European interests. Little were British soldiers prepared for the ferocity and tenacity of these hardy mountain warriors.

This set includes warriors typical of the North-West Frontier during conflicts with the British from 1830s-1920s. Depending on weapon choices they would not be inappropriate from 1700 up to the present time.

This box set will give you enough parts to outfit 40 28mm infantry with weapons including pulwar and khyber swords, daggers, shields, muskets, jezails, and Martini-Henry rifles.

Models require assembly and painting. Bases are not included.