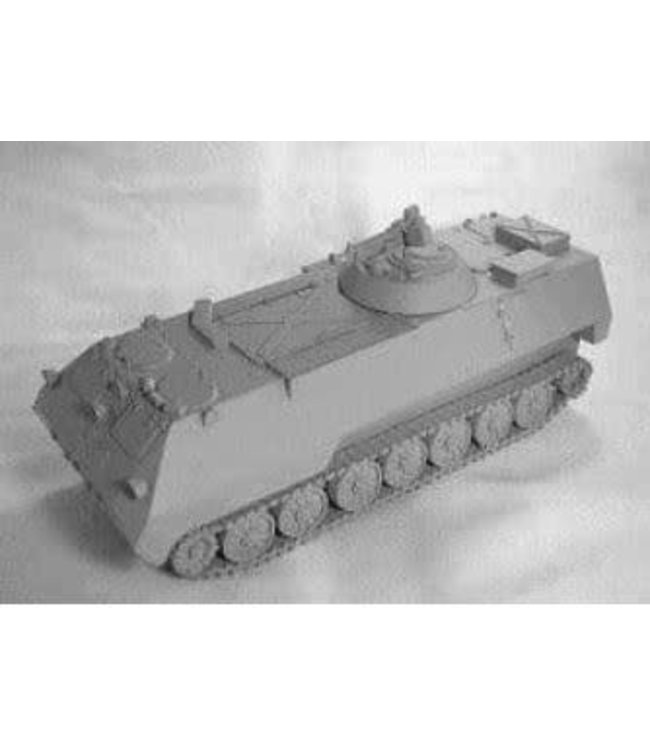 he MT-LBu is a Soviet multi-purpose fully amphibious armoured carrier which was developed under the factory index Ob'yekt 10 in the late 1960s, based on the MTLB It has a more powerful engine, a 40 cm higher hull and a longer chassis with 7 road wheels on each side.
The crew—a driver and a commander—is located in a compartment at the front of the vehicle, with the engine behind them. The compartment at the rear has a volume of 13 m³. A load of 6,500 kg can be towed. The vehicle is fully amphibious, being propelled in the water by its tracks.

The vehicle is lightly armoured against small arms and shell splinters with a thickness of 3 to 10 mm of steel. The troop compartment has one roof hatch over the top, which opens rearwards. In the centre of the roof there is a big circular opening that is covered with a blanking plate with hatch when no turret is mounted. The MT-LBu has only 2 firing ports: one in the front right side, the other in the rear door, both with an associated vision device.

The driver is provided with a TVN-2 infra-red periscope, which in combination with the OU-3GK infra-red/white light search light provides a range of about 40 m. The MT-LBu is equipped with an NBC detection device GO-27, a filter system FVU and a navigation apparatus.