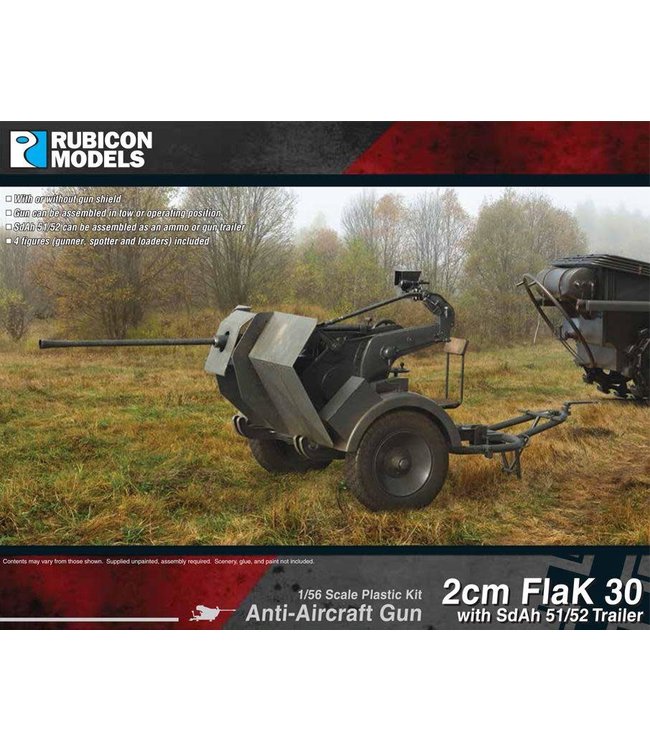 The FlaK 30 (Flugzeugabwehrkanone 30) and improved Flak 38 were 20mm anti-aircraft guns used by various German forces throughout World War Two.  It was not only the primary German light anti-aircraft gun, but by far the most numerously produced German artillery piece throughout the war.  It was produced in a variety of models, notably the Flakvierling 38 which combined four Flak 38 autocannons onto a single carriage.  A total of over 8,000 were built between 1934 and 1945.

- With or without gun shield

- Gun can be assembled in tow or operating position