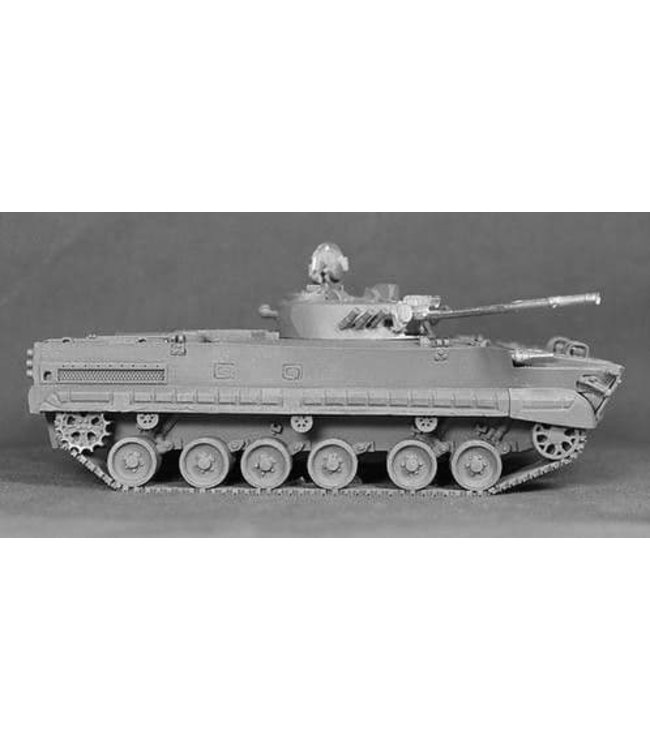 The BMP-3 replaced Russia's earlier infantry combat vehicles, the BMP-1 and BMP-2, although the BMP-2 is still in production in Russia and some other countries, and is in wide use around the world. India produces the BMP-2 as the Sarath, and has developed several specialised versions, and the vehicle has undergone many upgrades and much modernisation. The BMP-3 first appeared in public in 1990, although the prototype first entered trials in 1981. That prototype was later fitted with a new rifled 100mm gun paired with a 30mm autocannon, and capable of firing an anti-tank missile. This replaced the external missile carried on the BMP-1 and BMP-2. The vehicle underwent trials in 1986. Infantry access the vehicle through two sets of rear doors. The section light machine gunners sit on either side of the driver and five riflemen sit in a compartment behind the turret.