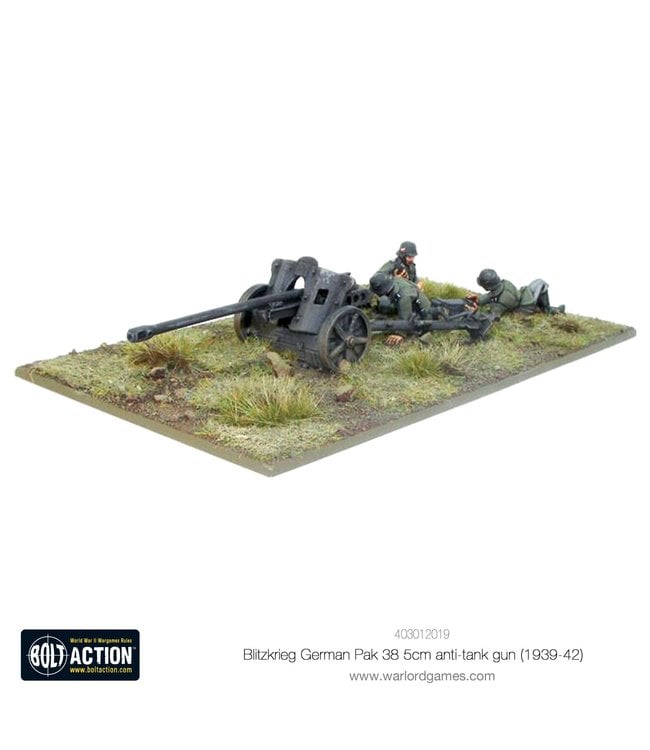 First issued in 1940, the Pak 38 was a good weapon in its day, with a 50mm calibre and tungsten cored ammunition. During the invasion of Russia it was one of the few German tank guns capable of piercing the front armour of a T34. By 1943 the 50mm gun was being replaced by the more powerful 75mm Pak 40 as the heavier gun became available in increasing numbers through 1942 and 43. Production was halted in 1944. Some remained in service until the end of the war and were still effective against the majority of Allied tanks.