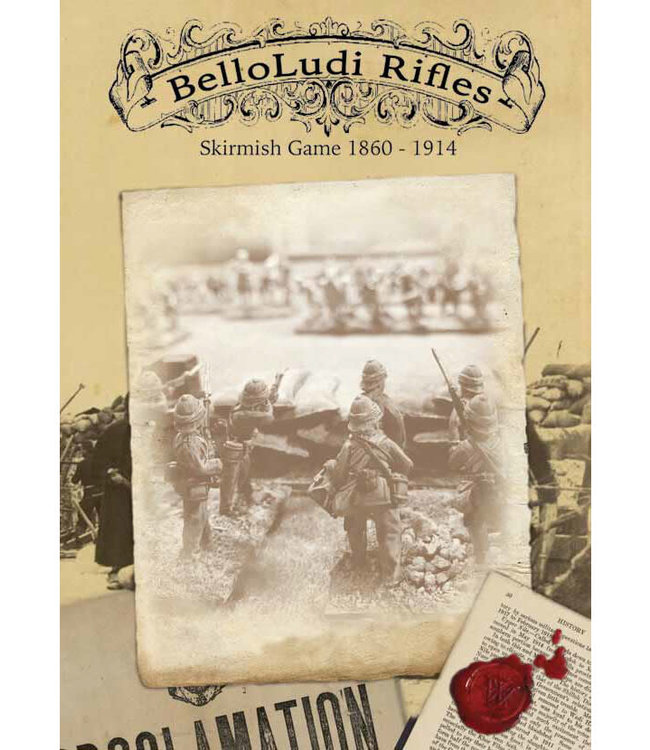 The sun has been beating down on the troops all morning. Suddenly enemy troops can be seen moving in the distance. The armies are wearily moving towards each other, determined to drive away the enemy. You are the commander of a group of units. The tension of imminent combat grips you. This may well be your moment of glory!

Welcome to the skirmish game by BelloLudi! These rules have been developed for people who have no previous experience in wargaming, yet like to play games. BelloLudi designed these rules especially for teambuilding purposes. It is therefor quick to learn, easy to plat yet difficult to master! Suitable for two to forty players!

This ruleset simulates battles in the period of 1860 to roughly 1914, the age in which European countries forged empires all over the world and combatted each other and the various indigenous people. The rules will work for skirmishes in colonial settings, the Franco-Prussian War and other Wars of German Unification, the Balkan Wars, the Spanish-American War, the Boer Wars, the Boxer Rebellion and other clashes. It will even work for the early engagements of World War One.

Designed for the beginner with a minimum of miniatures, it also allows you to field large armies on the table top and play to a conclusion in two to three hours.

The aim is not to annihilate the enemy unit to the last man, but to inflict so much damage that morale is brought down and the unit will become shaken or will run away in panic and be removed from the table top. By a clever combination of movement and shooting, dashing cavalry charges and carefully positioned artillery pieces, this can be achieved. The tactics are based on teamwork. Not only within a unit, but also between units and as such, the whole army.