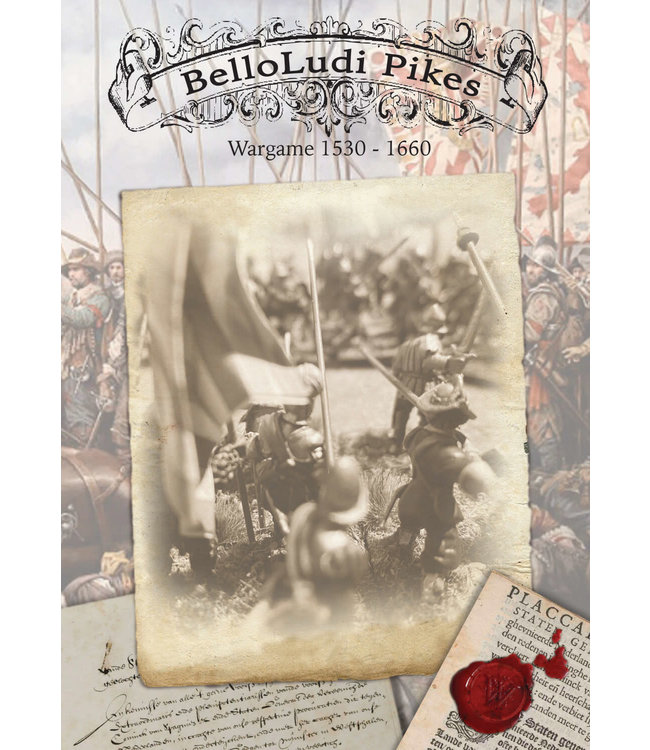 This ruleset simulates battles in the period of 1530 to roughly 1660 AD. A time when tremendous changes took place in the field of warfare. The advent of gunpowder transformed the way in which armies fought on the battlefield, bringing more and more gunpowder weapons to bare. Slowly changing from massed troop formations to more linear tactics. Empires were forged, colonies were taken and feudal warfare slowly gave way to more national conflicts. These rules can be used for the English Civil War, the various Wars of Religion, the 80 and 30 Years’ Wars and many others.

This product contains the rules and two BelloLudi Commander Dice