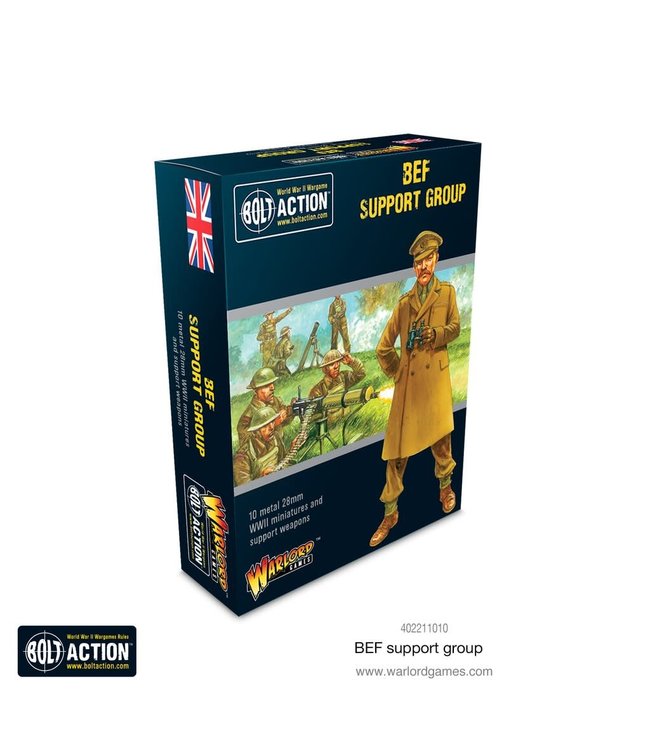 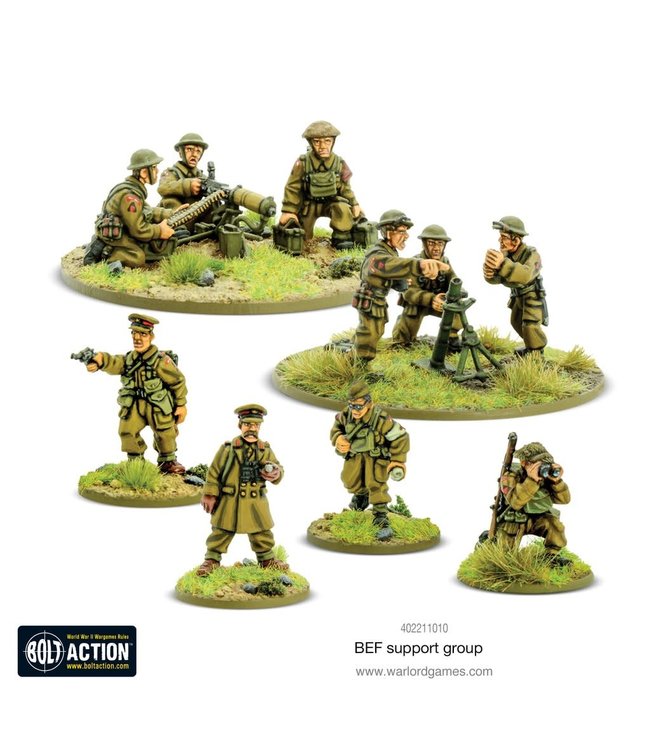 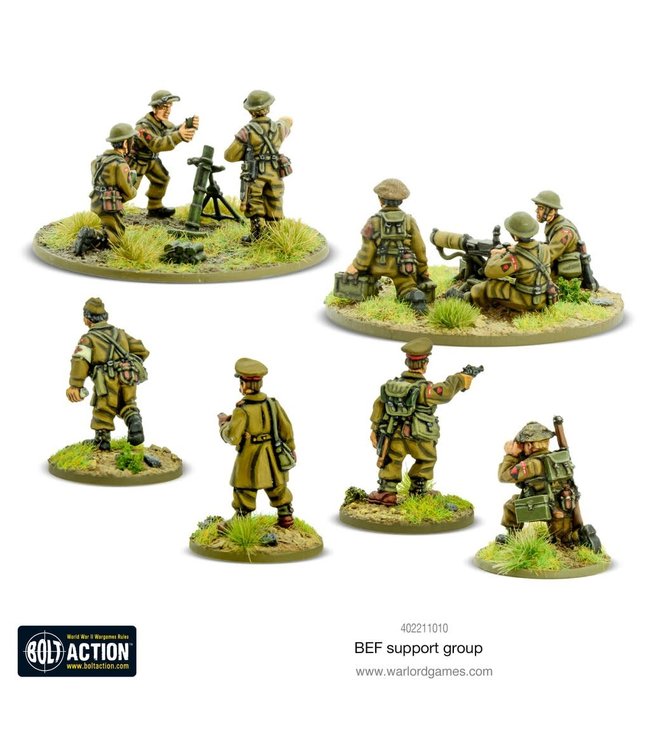 The British Expeditionary Force was an army of nearly a third of a million troops sent out to France to try to resist aggression from Adolf Hitler's Third Reich. Allied with Belgium and powerful French forces, it fielded ten infantry divisions, artillery, tank brigades and supporting air squadrons.

This box set is the perfect expansion to your Early War BEF Army, led by dependable officers, and with weaponry with a proven track record such as the Vickers MMG and 3" mortar.