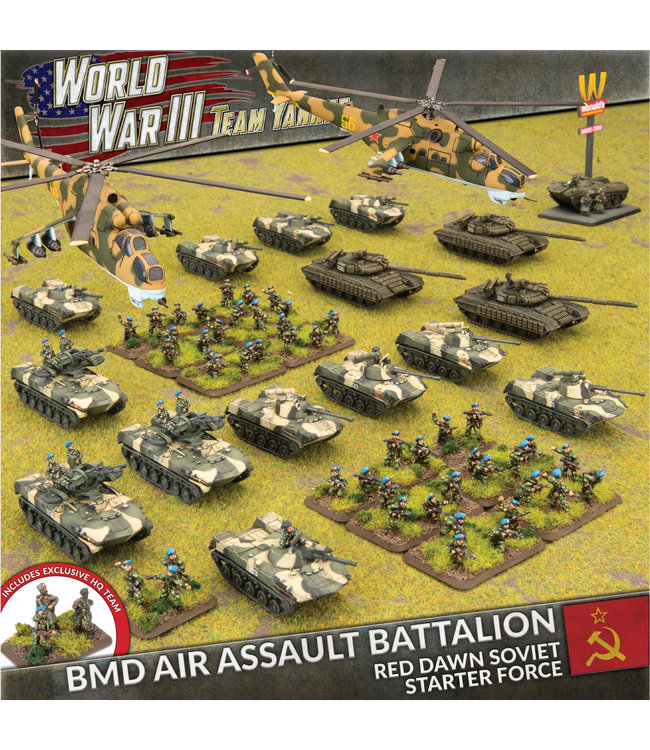 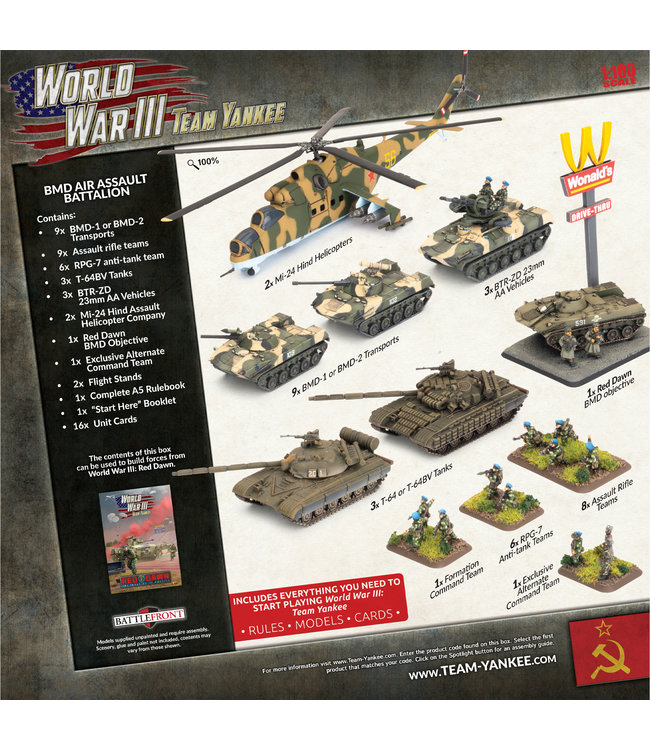 With the war in Europe hitting a standstill, the Soviet Union has taken a bold decision to invade North America. Utilising their elite airborne forces, the VDV, they strike into the heart of America in a two-pronged attack. First through the Canadian province of British Columbia and into Alberta and then from the Gulf of Mexico into Texas...

The Soviet BMD Air Assault Battalion is a great starting point for any new Soviet army, or, a useful addition to your existing Soviet force. The box contains between 39 and 48 points, depending on how you choose to equip your models.