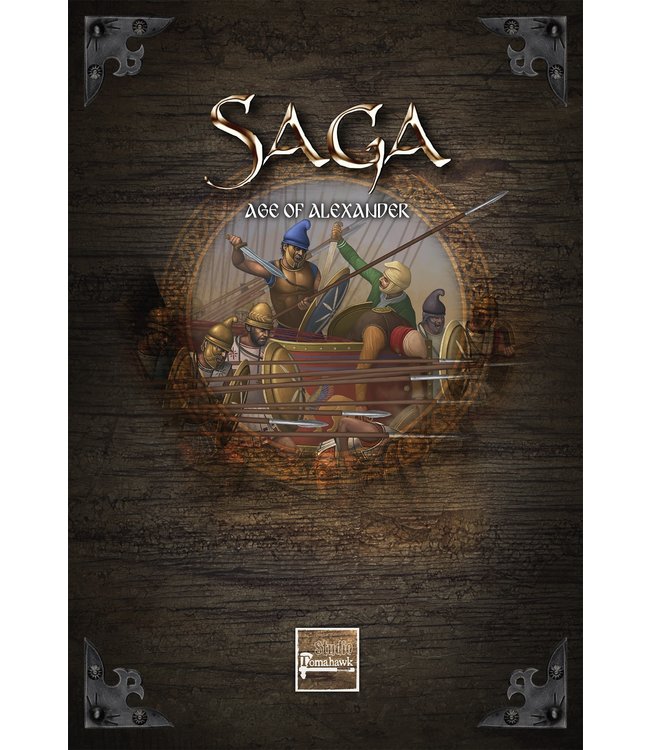 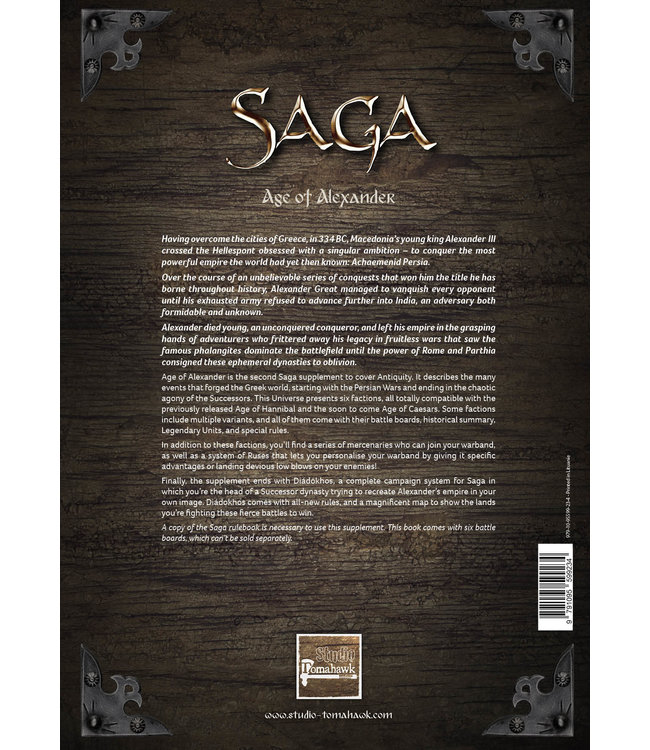 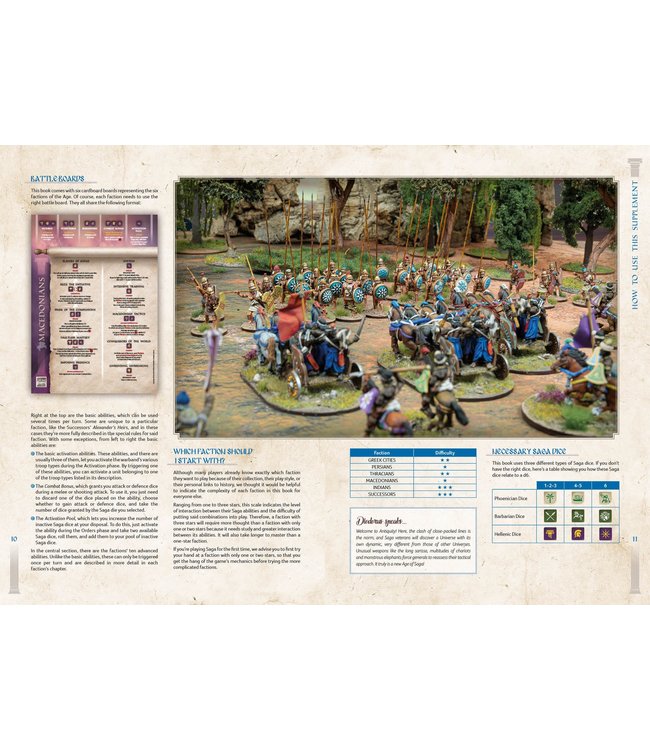 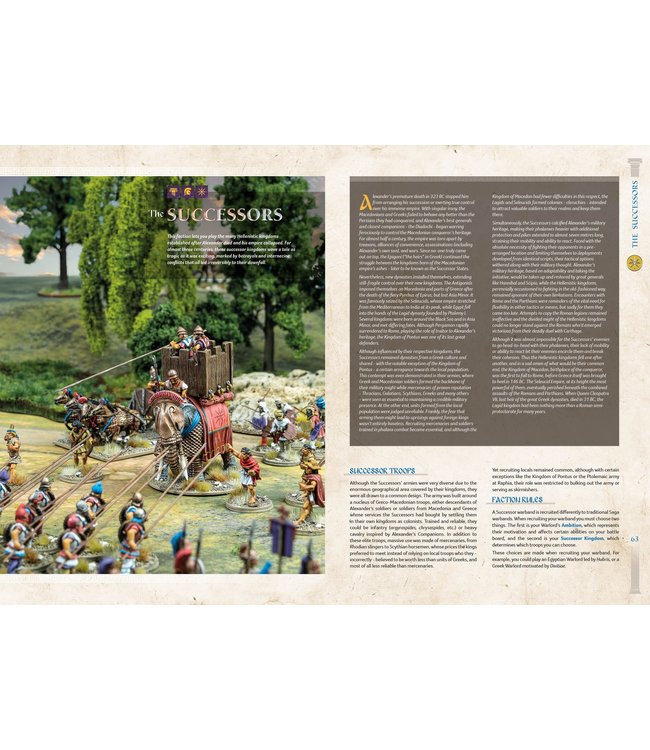 SAGA Age of Alexander is a supplement for the SAGA Rulebook system.

Having overcome the cities of Greece, in 334BC, Macedonia's young king, Alexander III, crossed the Hellespont obsessed with a singular ambition - to conquer the most powerful empires the world had yet then knowm: Achaemenid Persia.

Over the course of an unbelievable series of conquests that won him the title he has since borne thoughout history, Alexander the Great managed to vanquish every opponent until his exhausted army refused to advance into India, and advisary both formidable and unknown.

Alexander died young , an unconquered conqueror, and left his empire in the grasping hands of adventurers who frittered away his legacy in fruitless wars that saw the famous phalangites dominate the battlefields until the power of Rome and Parthia consiged these dynasties to oblivion.

Age of Alexander is the second SAGA supplement to cover Antiquity. It describes the many events that forged the Greek world, starting with the Persian Wars and ending in the chaotic agony of the Successors. This Universe presents six new faction, all totally compatible with the previously released Age of Hannibal and the soon to come Age of Caesars. Some factions include multiple variants, and all of them come with their Battle Boards, historical summary, Legendary Units and Special Rules.

FACTIONS ARE: The Greek Cities, Persians, Thracians, Macedonians, Indians and of course the Successors.

In addition to these factions, you will find a series of mercenaries who can join your warband, as well as a system of Ruses that lets you personalise your warband by giving it specific advantages or landing devious low blows on your enemies!

The supplement ends with Diadokhos, a complete campign system for SAGA in which you play the head of a Successor dynasty trying to recreate Alexander's empire in your own image. Diadokhos comes with all new rules, a magnificent map to show the lands you are fighting these fierce battles to win.

A copy of SRB20 SAGA Rulebook is necessary to use this supplement. This book comes with six Battle Boards that can not be sold separately.