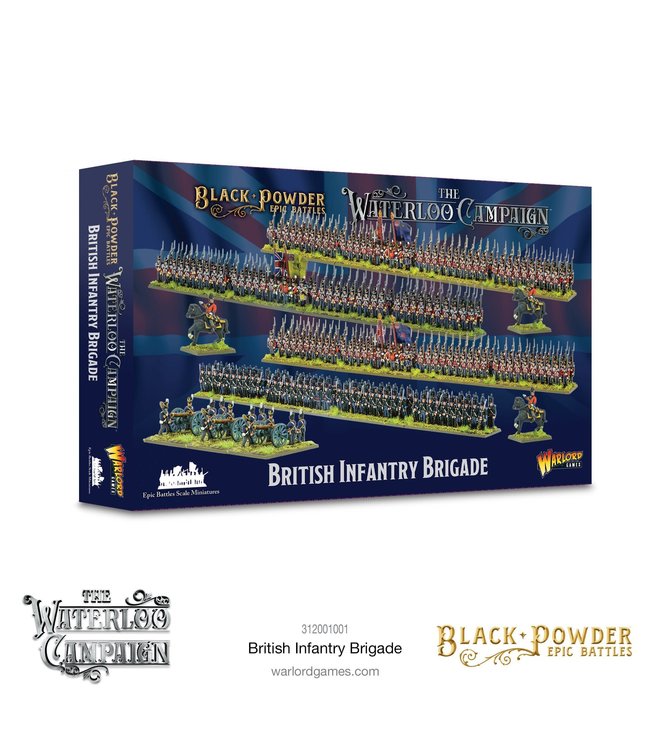 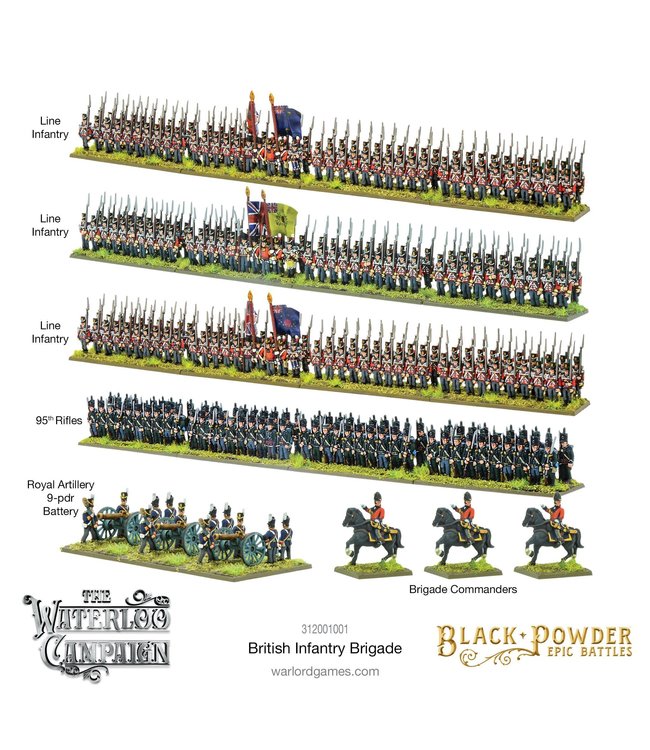 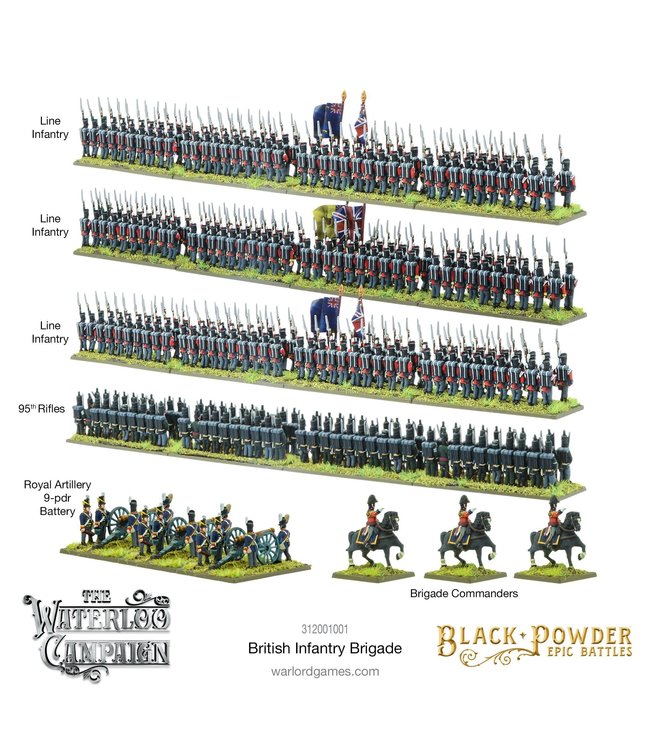 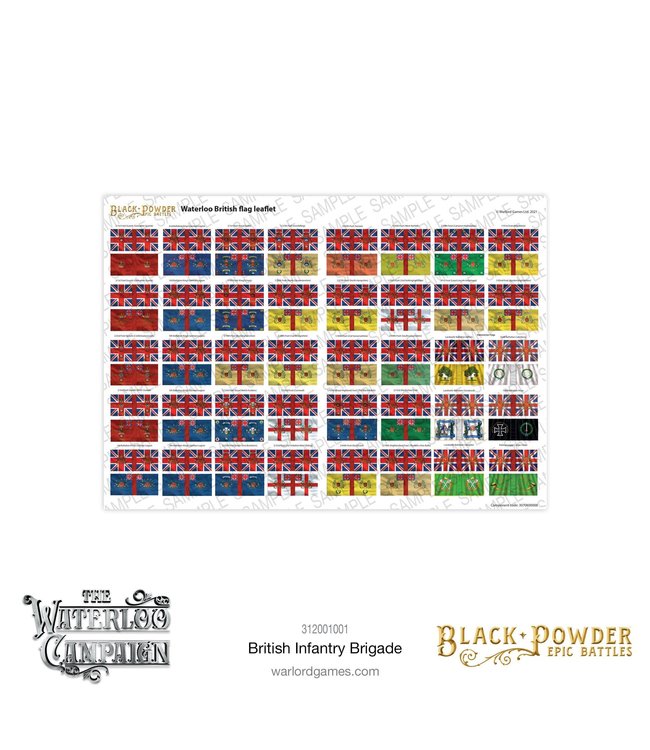 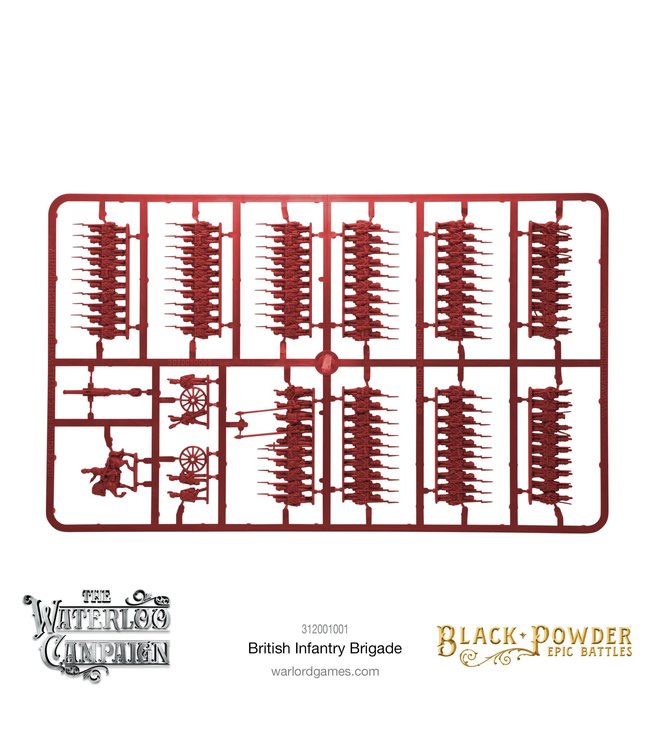 These are 'Noseys' men – solid battalions of redcoats who would stand firm at Quatre Bras and Waterloo. Disciplined, tough and all volunteers, they had high confidence in themselves and their officers, and held the crucial ridge all day long against a brave and determined enemy. These plastic figures can be painted as British line and Guards regiments or Kings German Legion. With a minor modification these will work as the brave blue-tuniced Belgians. A Colonel on horseback is included for each unit and a 9-pounder Royal Artillery battery to engage the enemy at long range with a hail of shot and shrapnel. To keep the enemy skirmishers at bay, they are accompanied by the famous riflemen, all sharpshooters to a man.