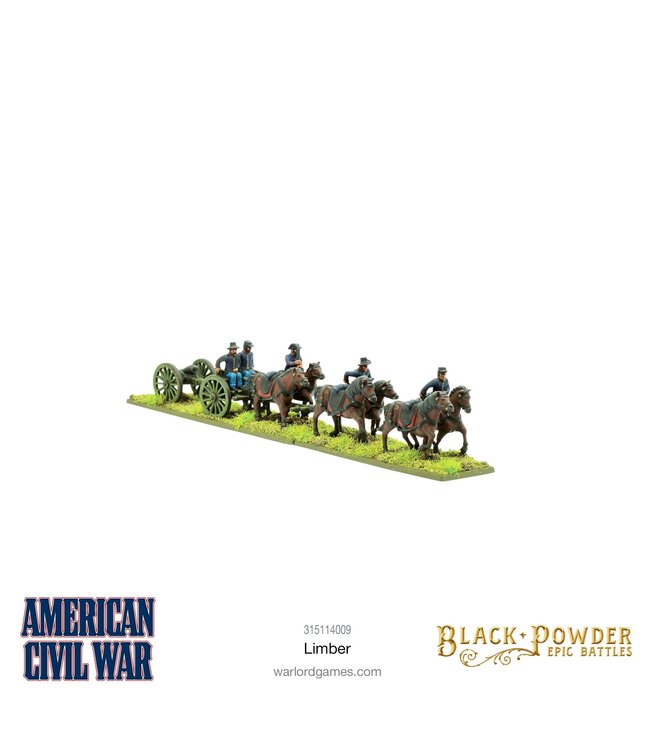 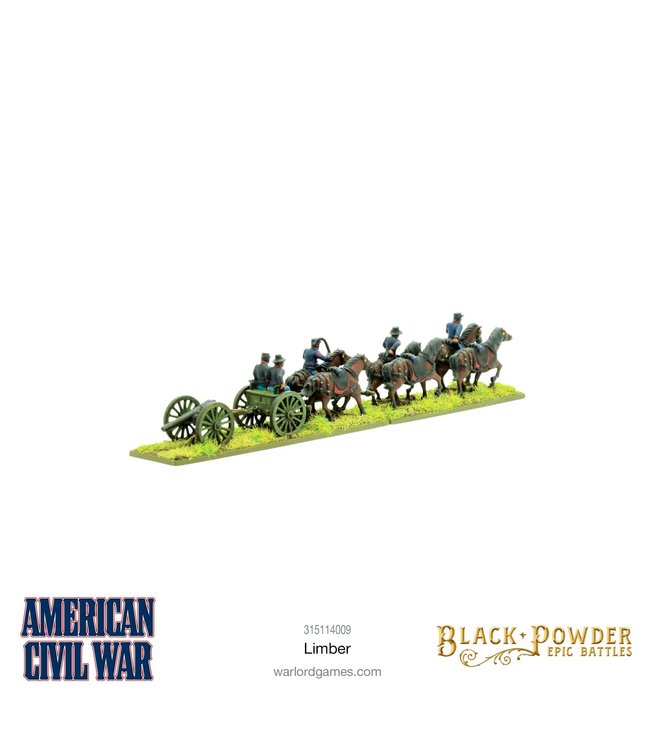 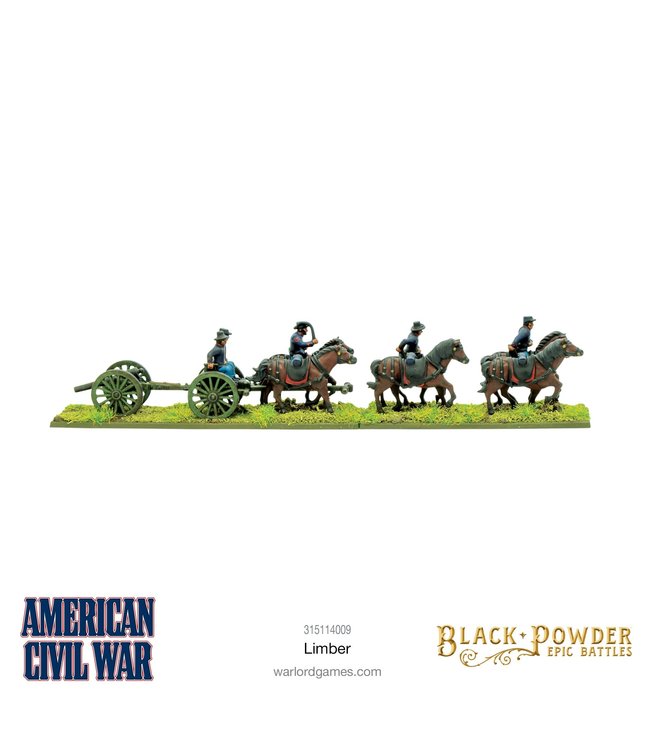 Each gun in an artillery battery was drawn by a limber pulled by four or six horses and the battery’s ammunition was carried in the limber as well as in caissons. Some batteries were also designated as light, or horse, artillery. These provided the faster gun teams but their actual guns were of the same types as their “foot” colleagues. Their speed was achieved by having better horses in the limber teams if at all possible, but most obviously, by mounting the gun crews on horses. Such batteries were thus able to keep pace with the cavalry.

These limbers are designed to supplement the plastic cannons found in the kits for both union and confederate infantry brigades, as well as the hefty number found in the starter box. These limbers really help to dress the tabletop when deploying artillery and create a more immersive experience.