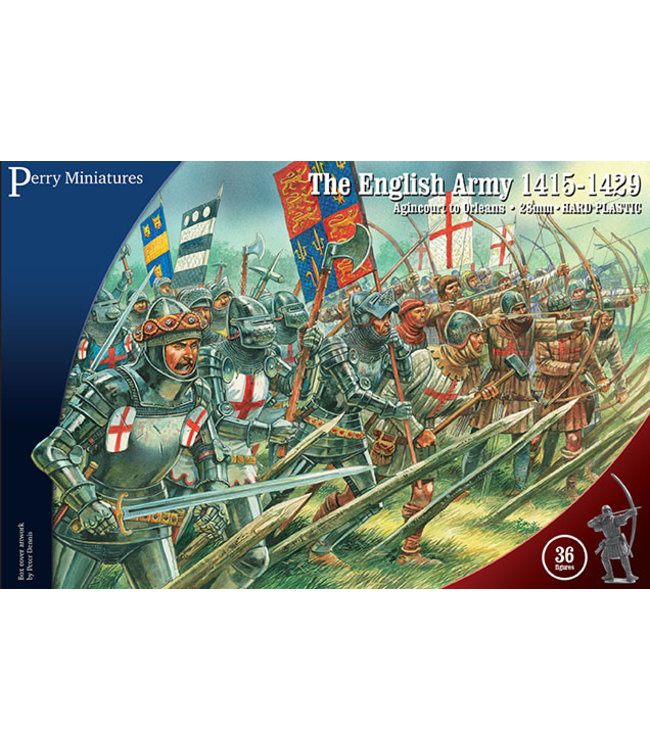 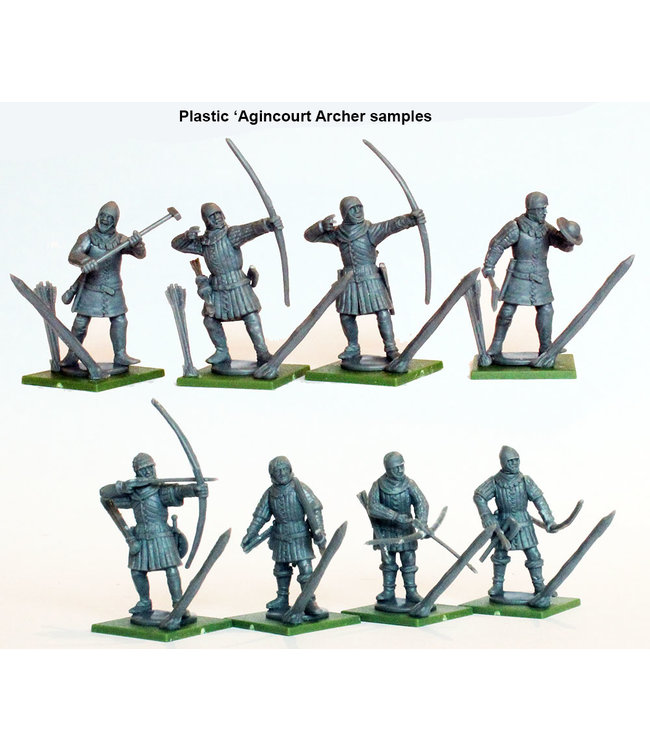 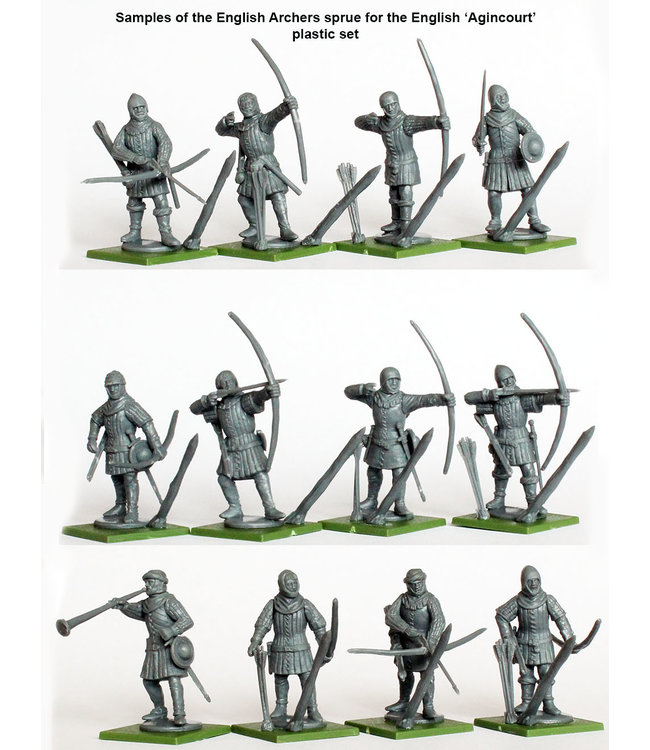 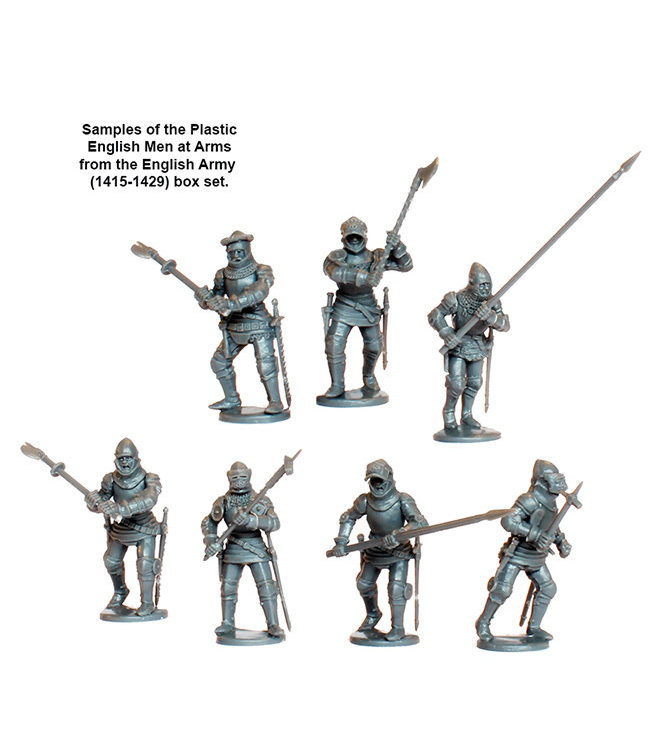 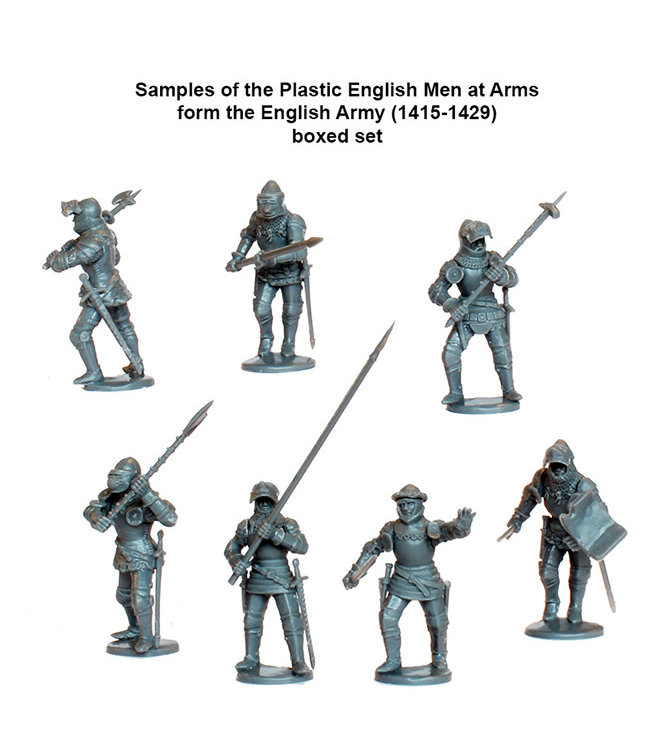 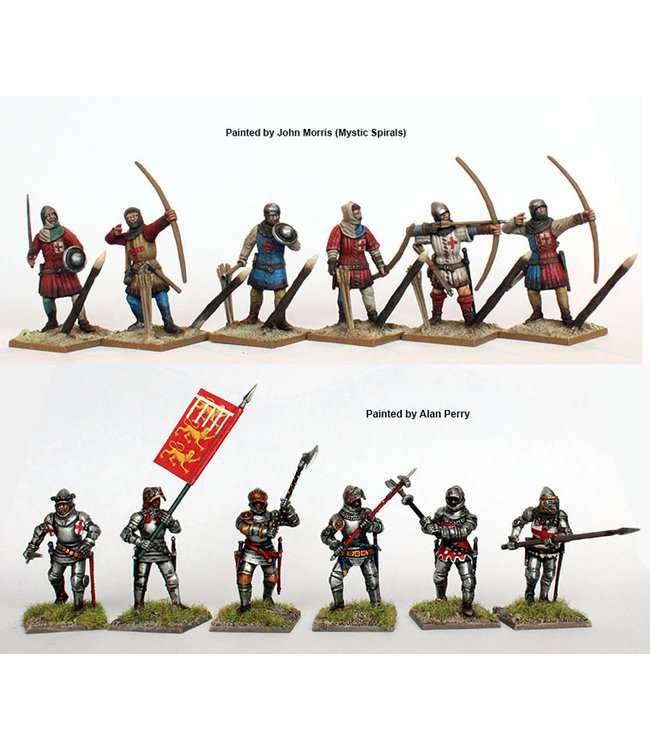 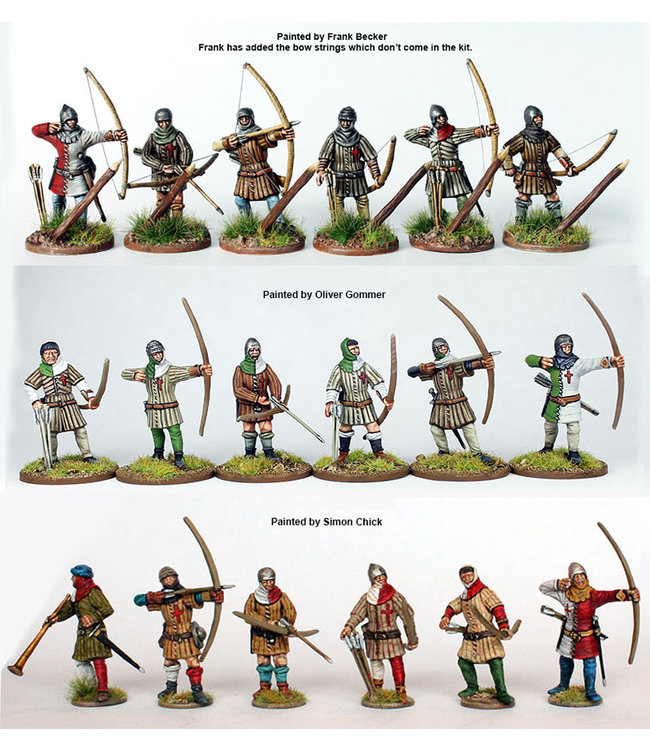 The figures in this box represent the English Army at the height of the Hundred Years War, when the English bowmen dominated the field of battle in France. Specifically the figures cover the period from the Battle of Agincourt (in 1415, when they were led by Henry V) to the Siege of Orleans (1429, when the French were led by Joan of Arc) which became the turning point of the war. All the Men at Arms are represented in the full plate harness which was now the norm for gentry, as with the metal range, they cover the first flowering of real full plate armour. This being mostly rounded and ‘globular’. Although they are described these as English they could be used as French too. The only differences being the English tending to fight in ‘white’ uncovered armour a little more more than the French. With armour styles the box covers the main types used during these 14 years. Things changed quite fast especially with the basinets at this time. More plates were being added to the basic basinet with aventail until the aventail disappeared altogether and you had the full great basinet. The houndskull visors also became globular during this period.

Shields for Men at Arms had more or less been dropped from use in the field as the armour became more complete, so there’s only one on the sprue (2 per box). All the visors are separate as is the ‘orle’ or decorated circlet which was typically English. Two of the bodies have jupons and the other four are in ‘white’ armour. These designed these so some of the arms from the Wars of the Roses sets are interchangeable, the shoulders are the same width at least. So with some of the ‘white’ armoured bodies (i.e. the ones in the great basinets) you should be able to bridge the 1440’s with the WotR arms.