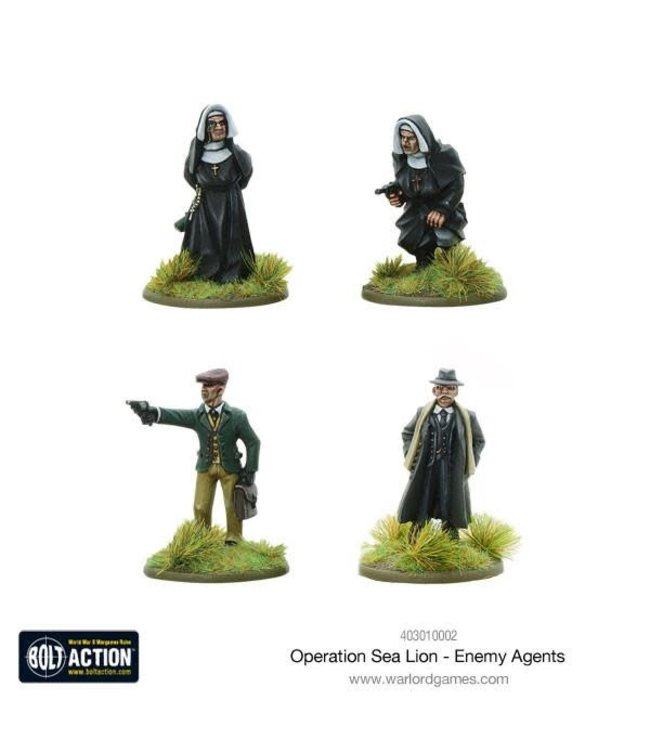 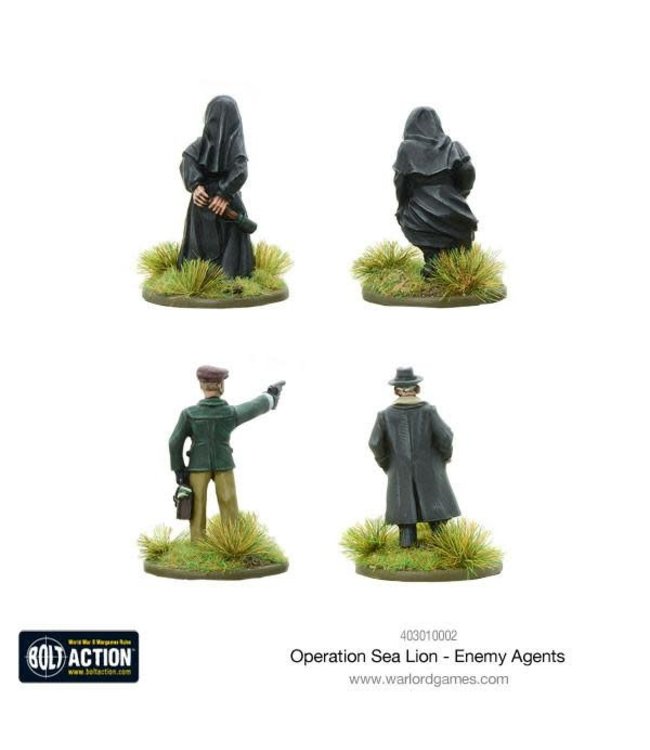 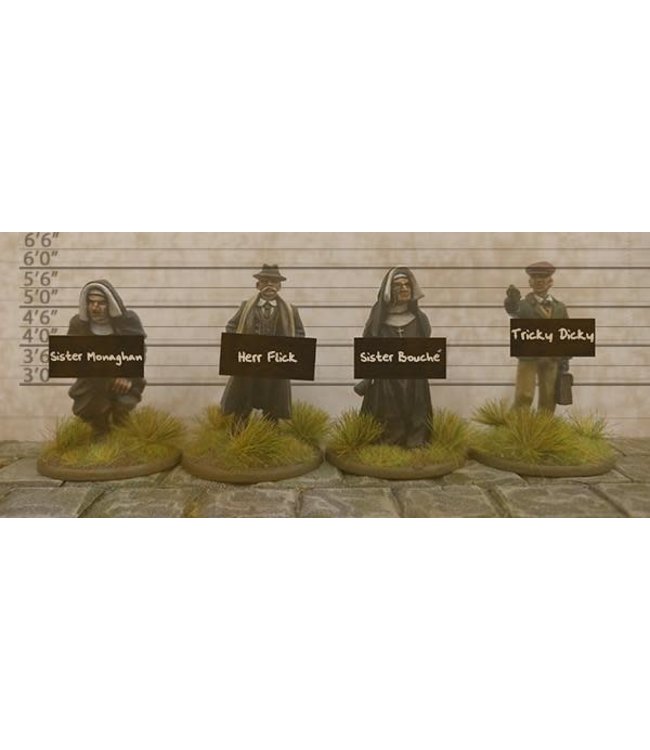 Masquerading as a friendly local you'd never guess these characters are the enemy in disguise...or would you?

A who's who guide:

I say old chap, jolly rum show of it disguised nuns with guns! Who'd've ever seen the like, What!

Sister Bouché - Cloistered in the local nunnery has made this chap rather cranky! I say... that's a rather big stick you have!

Sister Monaghan - Having to share the habit with Bouché it's no wonder he's got his pistol out!

Tricky Dicky - now here's a chap the local constabulary knows all about... or do they? Is he on anyone's side or his own?

Herr Flick - using the powers of disguise taught in depth at Gestapo headquarters, his mission to make contact with the Sisters may not go according to plan...