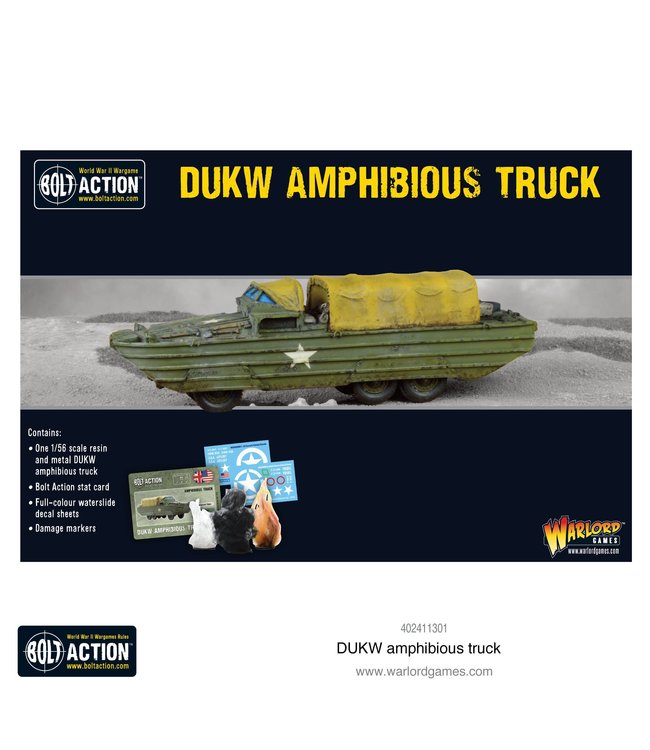 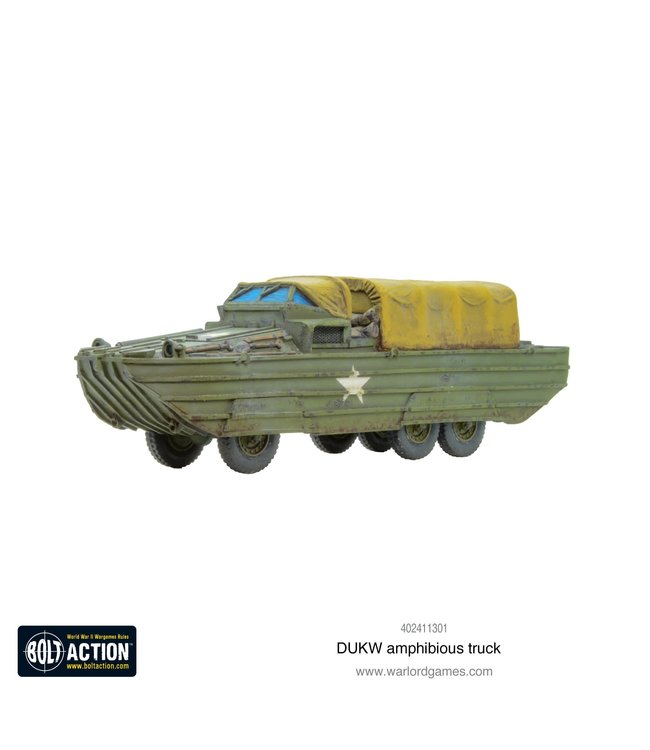 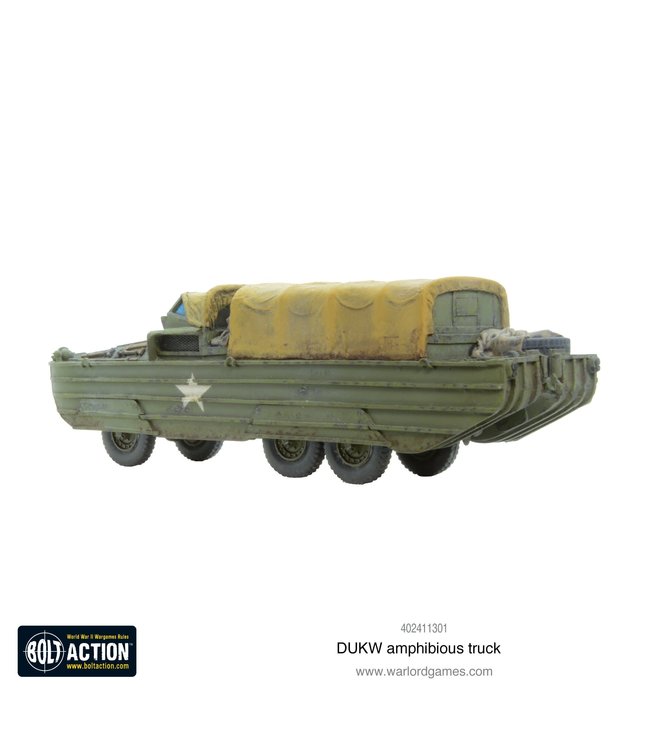 During World War II, it became apparent that there was a need for amphibious transport that could both ferry men to the beaches and shuttle supplies back and forth.

The DUKW (colloquially known as Duck) is a six-wheel-drive amphibious modification of the ​2 1⁄2-ton CCKW trucks used by the U.S. military in WW2. It excelled at approaching and crossing beaches in amphibious warfare attacks.

The driver could adjust the tyre pressure from within the cab, to allow for versatile terrain adaptability. Unique at the time of its development, this feature has since become standard on US amphibious vehicles.

The DUKW made its combat debut in the 1943 invasion of Sicily (Operation Husky). Thereafter it was used extensively in Normandy and in the Pacific theatre. It enjoyed enormous success, although lessons were learnt during the Omaha D-Day landings. Although designed to carry a heavy load, those that were overloaded with howitzers sank immediately in the turbulent waters. This was the one weakness of an otherwise revolutionary design, vital to the allied victory in Normandy and beyond.

About 20,000 'Ducks' were built during the war. After World War II, reduced numbers were kept in service by the United States, Britain, France, and Australia, with many stored pending disposal. Australia transferred many to Citizens Military Force units.

The U.S. Army reactivated and deployed several hundred 'Ducks' at the outbreak of the Korean War. They saw only limited combat, although DUKWs were used extensively to bring supplies ashore during the Battle of Pusan Perimeter and in the amphibious landings at Incheon.