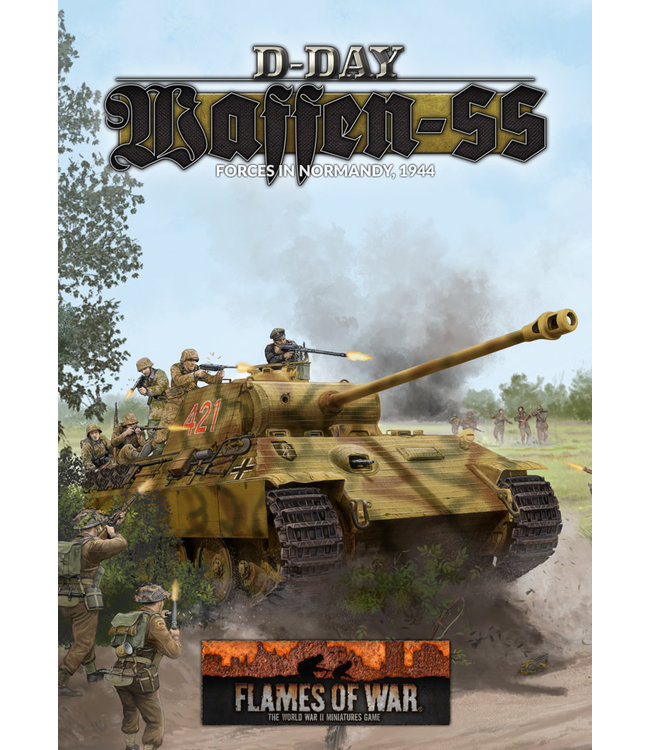 Between mid 1943 and mid 1944, the German focus was on the Eastern Front. After the failure of the German Kursk Offensive, the Red Army went on the offensive, throwing hammer blow after hammer blow to drive the Germans back to the Russian border. The elite 1st and 2nd SS Panzer Divisions were rushed to wherever the Soviets broke through, counterattacking to seal the breach. By Christmas, the divisions were worn out, barely a regimental sized battlegroup remained. They desperately needed to be withdrawn to France to rebuild back to full strength.

Then, as 1944 began, the Red Army attacked again. The two new divisions being formed in France, the 9th and 10th SS Panzer Divisions were rushed to the Eastern Front and the plans to rebuild the existing divisions were shelved. Finally, in March, the Spring rains turned the roads to mud and the Soviet offensives ground to a halt. All four divisions were returned to France for rebuilding, joining the 12th SS Panzer Division which was part way through its training. Six weeks into their training, still trying to bring large numbers of conscripted replacements up to scratch, the Allies invaded France on D-Day. Ready or not, the SS panzer divisions were rushed to the invasion front, counterattacking to drive the Allies back into the sea.

With a solid core of veteran leaders under your command, can your willing, but inexperienced troops defeat the Allies despite their massive superiority in numbers? Can you win a never-ending battle of attrition, or do you attack into the teeth of massed artillery, naval bombardments and airpower? Can you defeat the invasion and save your homeland?

This 80pg Hardback Book gives you everything you need to begin building your D-Day: Waffen-SS force.