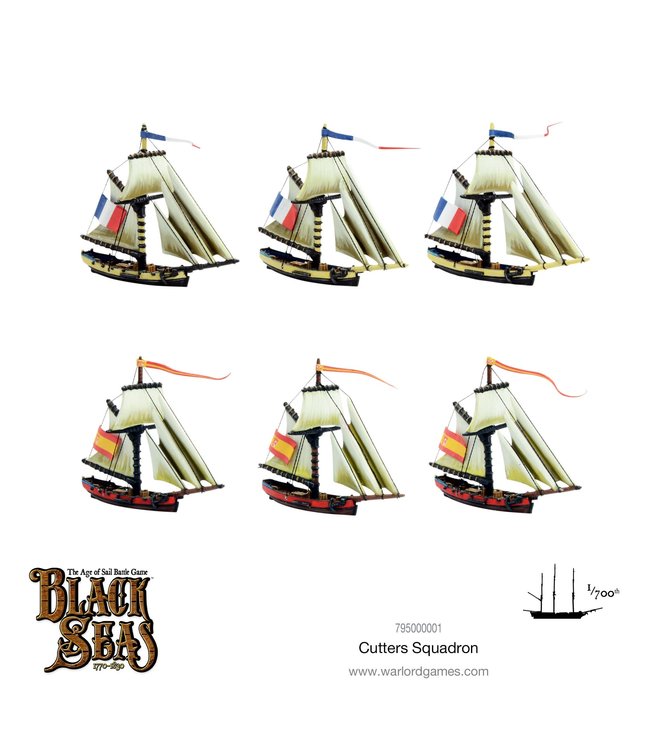 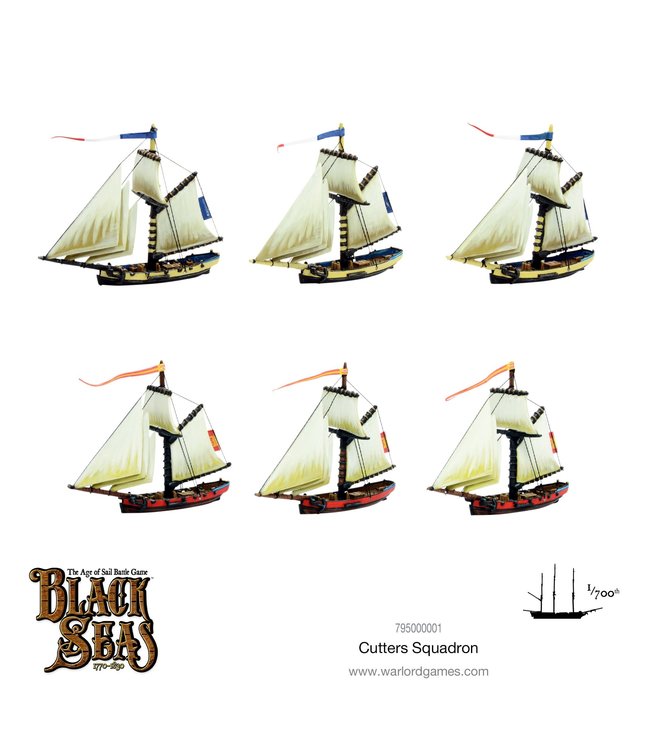 Cutters were usually tiny or small vessels with a single mast. Designed for speed more than transport capacity, the mast has a triangular aft (behind the mast) sail rigged fore and aft (from the front to the rear) and a headsail (a triangular sail rigged in front of the mast).

Though unable to compare in power to the heavily armed ships of the line, these vessels nevertheless played an important role in the Napoleonic Wars, ferrying supplies & troops, as well as carrying information around the fleet. Their swiftness made them especially suited for this latter purpose.

In Black Seas, Cutters are considered unrated ships with 2 broadside light cannons. They share the highest Rate of Knots value in the game and thus provide an extra dimension to gameplay as they zip about the ocean battlefield.