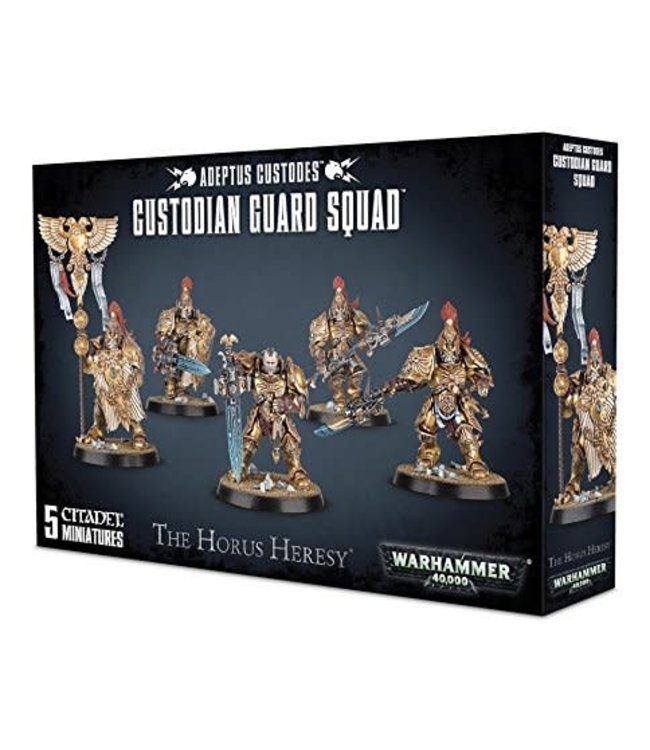 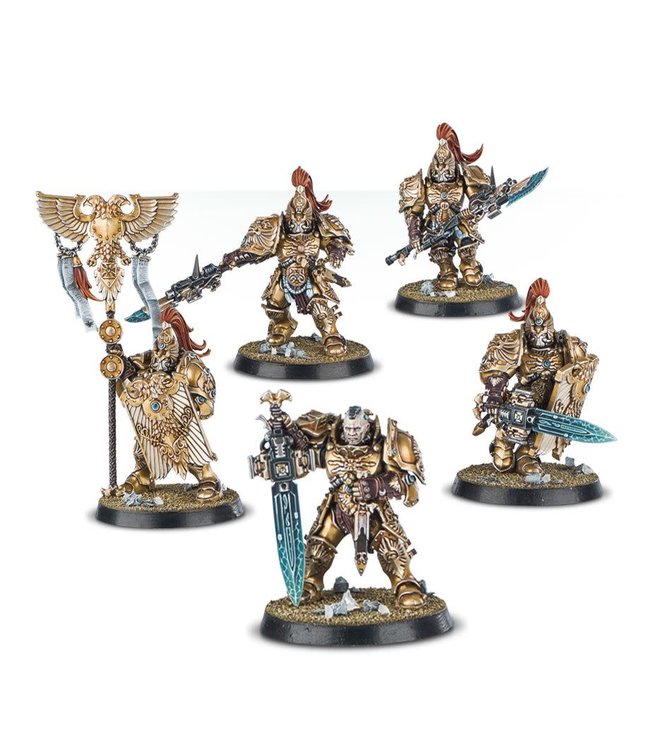 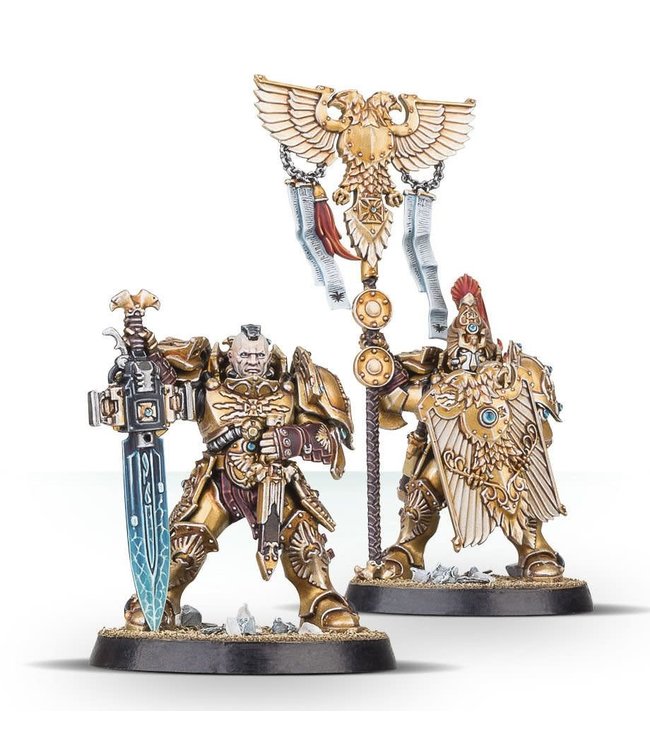 Bright and resplendent in gleaming gold, the Adeptus Custodes stride into war with the confidence their imposing stature gives them. Bullets and shrapnel ricochet from gilded breastplates – these warriors are armoured with the finest wargear, carrying the blessing of the Emperor himself. With their guardian spears they spin, parry and thrust, their immense strength cutting down the enemy as the built-in bolters deal death from afar. The Adeptus Custodes’ minds carry judgment – and their fists carry death.

The Adeptus Custodes are a glorious and much celebrated force. In the earliest days of the Imperium they marched to war alongside the Emperor himself, presenting a magnificent spectacle which echoed the majesty of the master of Mankind. Just as their weapons and armour have always been fashioned to reflect his martial glory, so too are the proud standards known as vexillas, which are borne to war by some of the most veteran Custodians. Few shield companies march to war without Vexillas rising above them.

This multi-part plastic kit contains the components necessary to assemble a set of 5 Adeptus Custodes Custodian Guard, armed with either guardian spears or sentinel blades and storm shields. 1 model can be assembled as a Shield-Captain, featuring a cloak and choice of 2 heads, and 1 can be assembled as a Vexilus Praetors, carrying Custodes Vexilla.

Supplied with 5 Citadel 40mm Round bases. 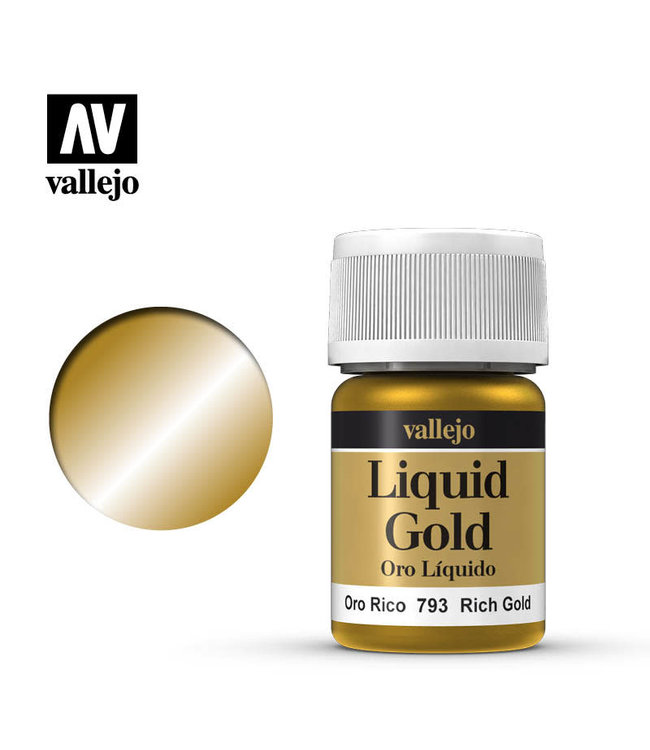 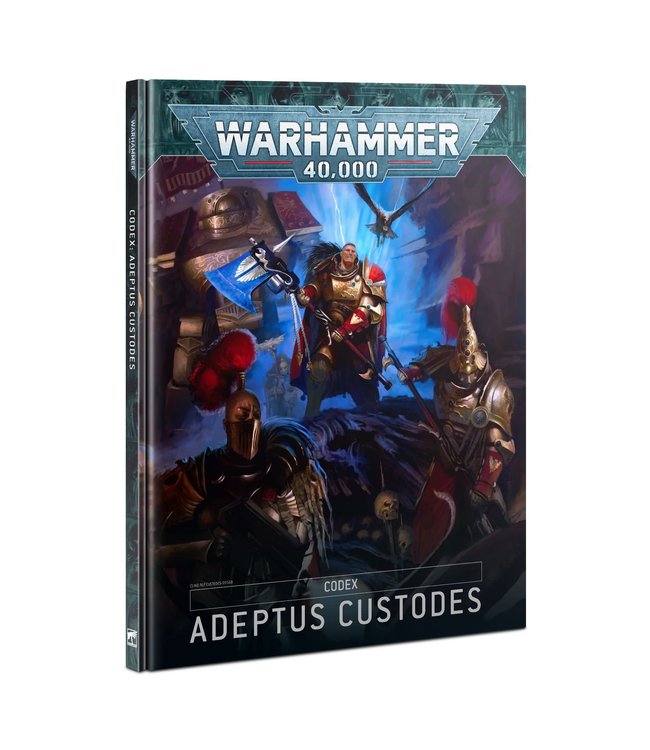 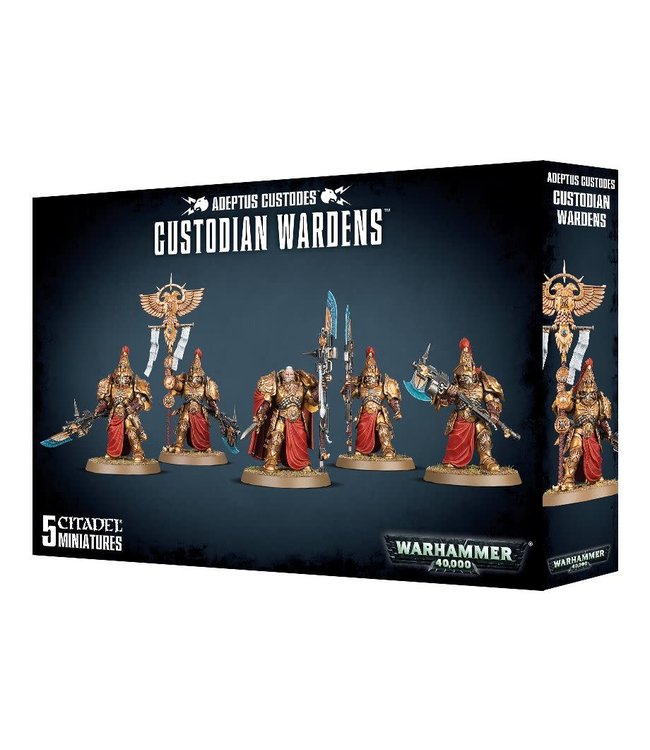 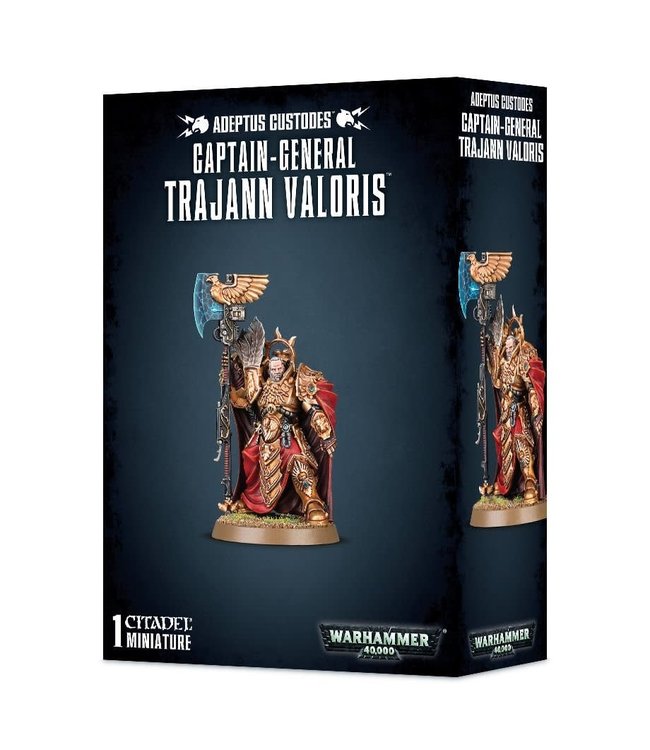 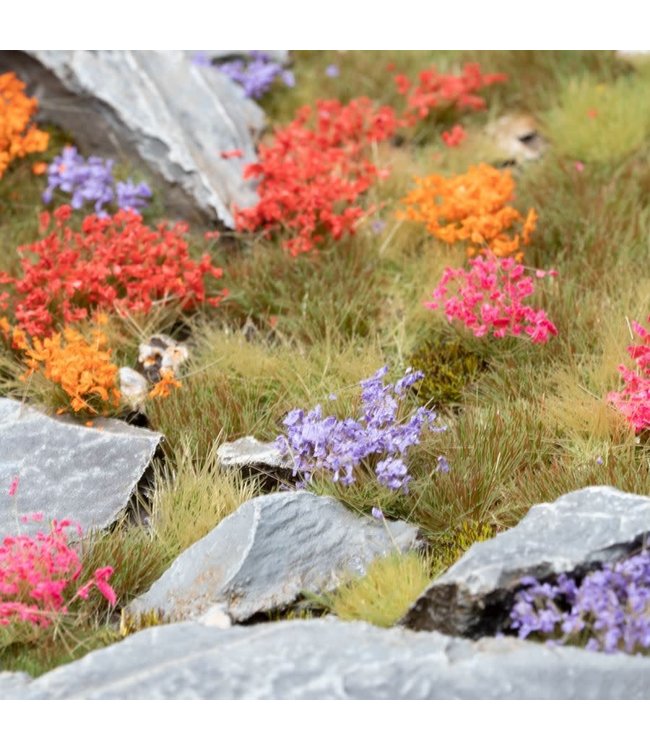 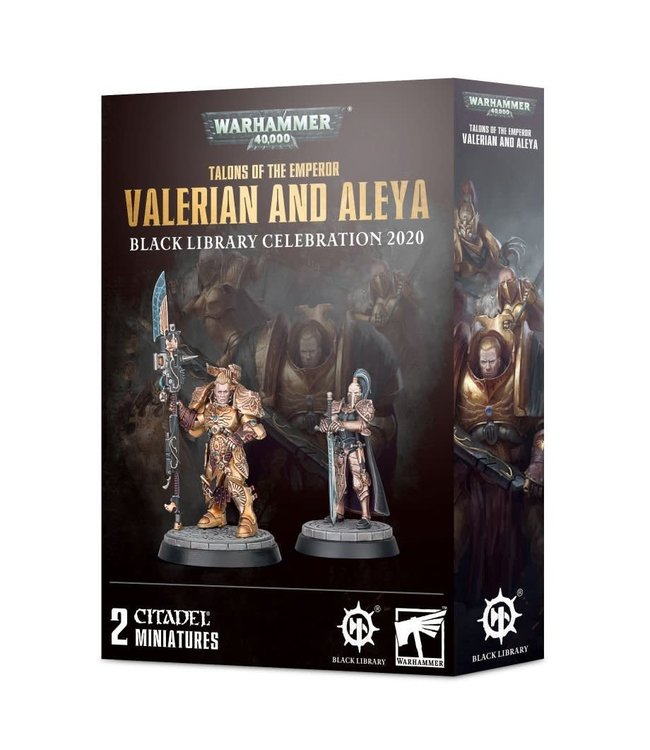 Talons of the Emperor Valerian and Aleya 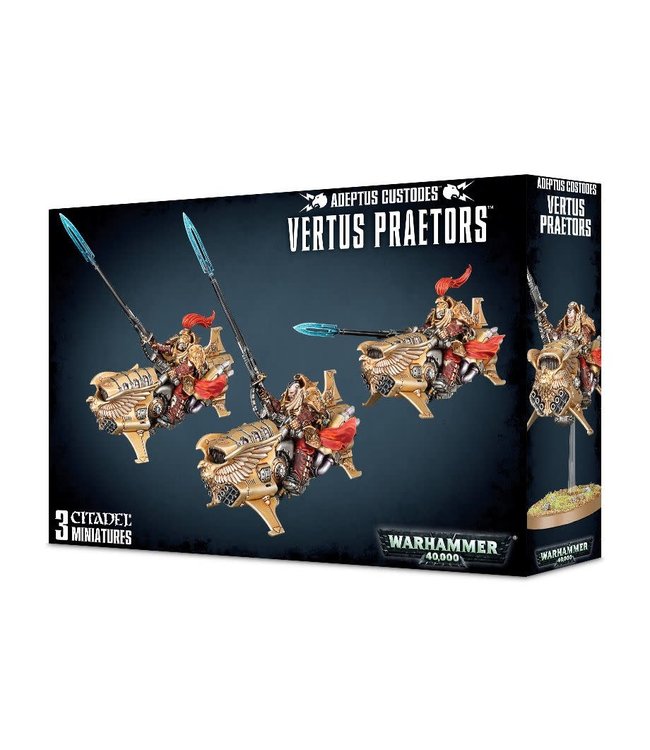 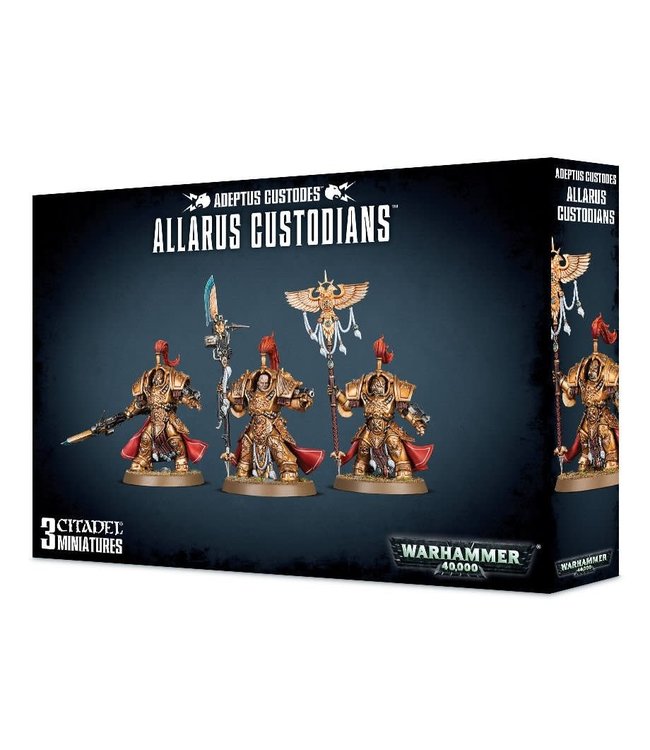