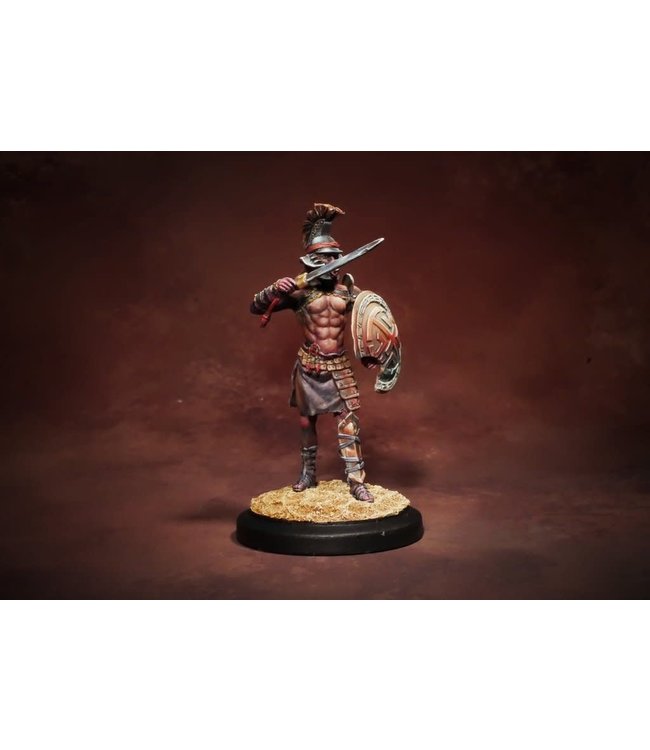 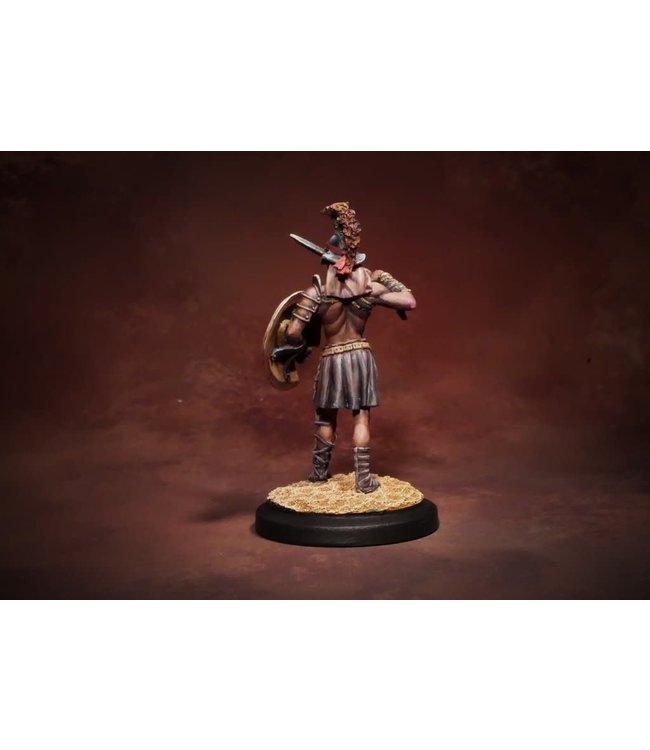 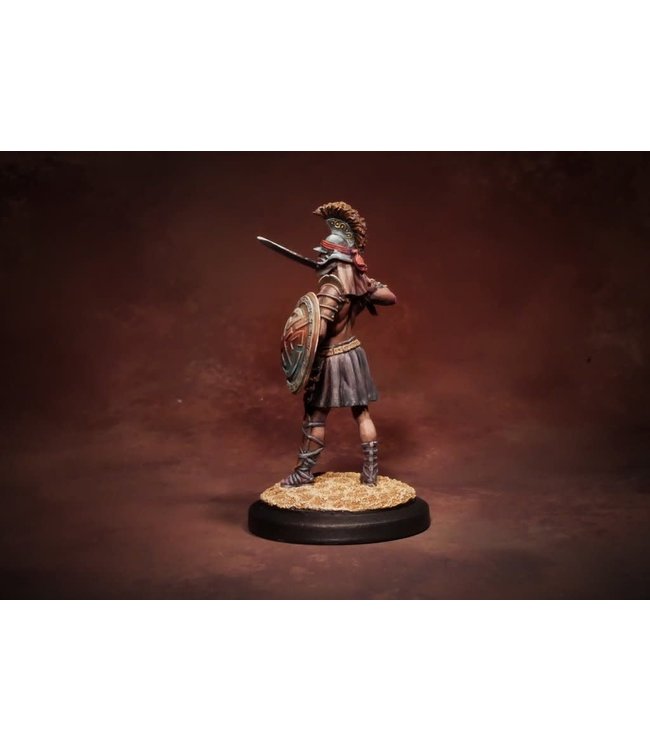 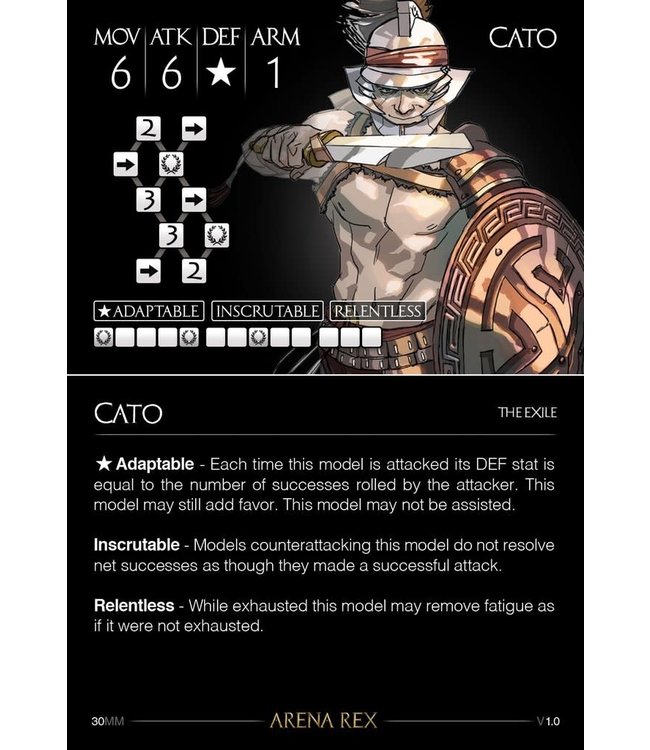 The legenday uncompromising will of his forbears is graven deeply in the soul of Marcus Porcius Cato.  As a young Legate, Cato was captured in Cappadocia after the loss of nearly three full legions, but his ransom was refused.  While political opponents at home pinned him with the title 'Serpent of the east' and had him exiled under suspicion of betraying Rome, his iron resolve to serve the Republic even in chains impressed his captors.  Knowing the Roman was now homeless and had no resources to turn back upon him, the Shah released Cato to his fate.  Decades later, outfitted with exotic goods and known for strange customs, the exile stalks the arenas bordering the Republic. He speaks loudly of a great rival in the east, urging all Roman citizens to prepare for the challenge of a mortal foe. Many mock him as a coward bowed under the shame of his youthful defeat, but he has proven himself a fierce and implacable warrior, and now claims the name 'Draconis' to mock those who once exiled him.