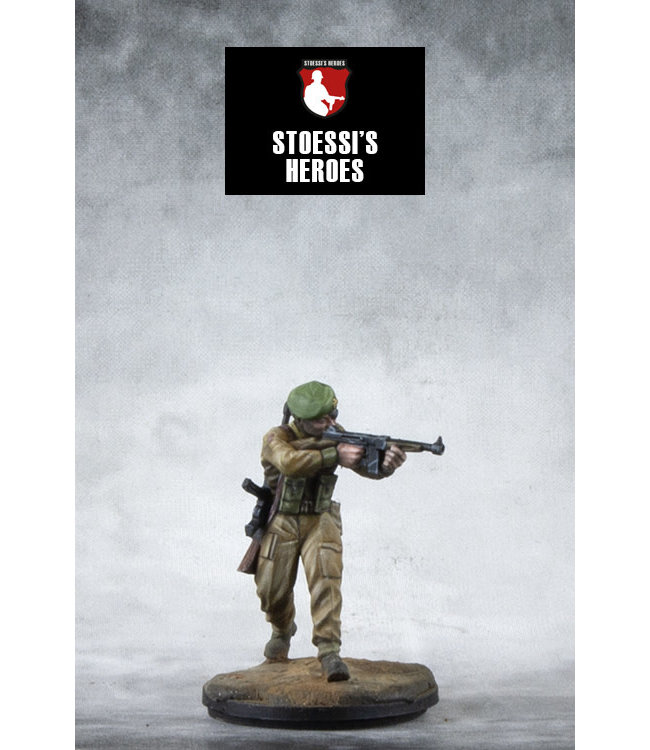 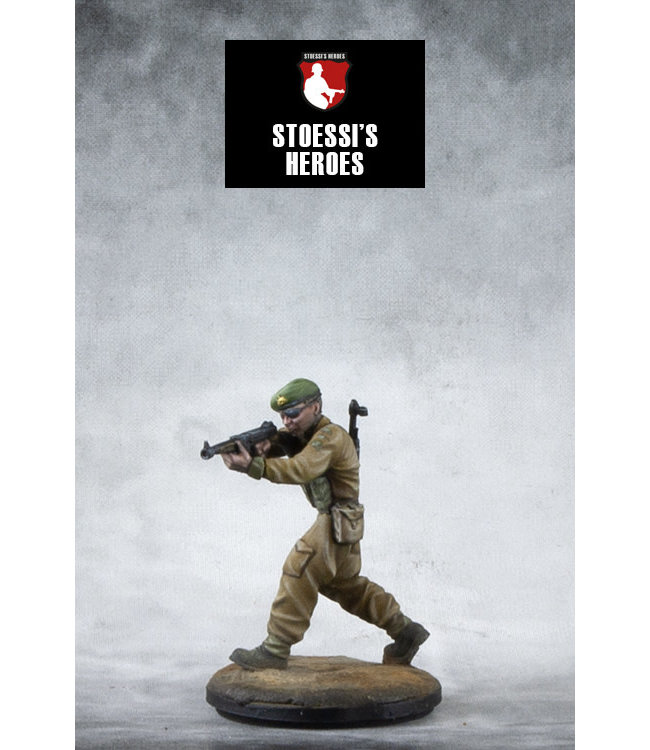 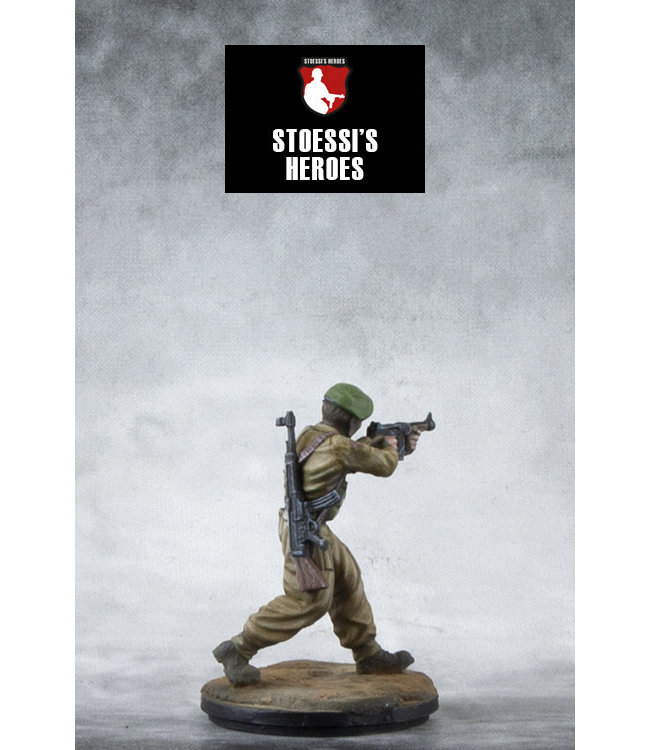 Canadian Private Léo Major One-Eyed One-Man Army
Shortly after D-Day, a grenade blinded Léo Major in his left eye, but that did not stop him from becoming a true hero.
In April 45, Leo Major was supposed to scout the city of Zwolle, but instead he proceeded to run throughout the city firing his guns, throwing grenades and making so much noise that he fooled the Germans into thinking that the Canadian Army was storming the city. He located the Gestapo HQ and set the building on fire and also destroyed the local SS HQ.

ENGLISH:
Canadian Private in 28mm – great for Bolt Action and other WW2 wargames.