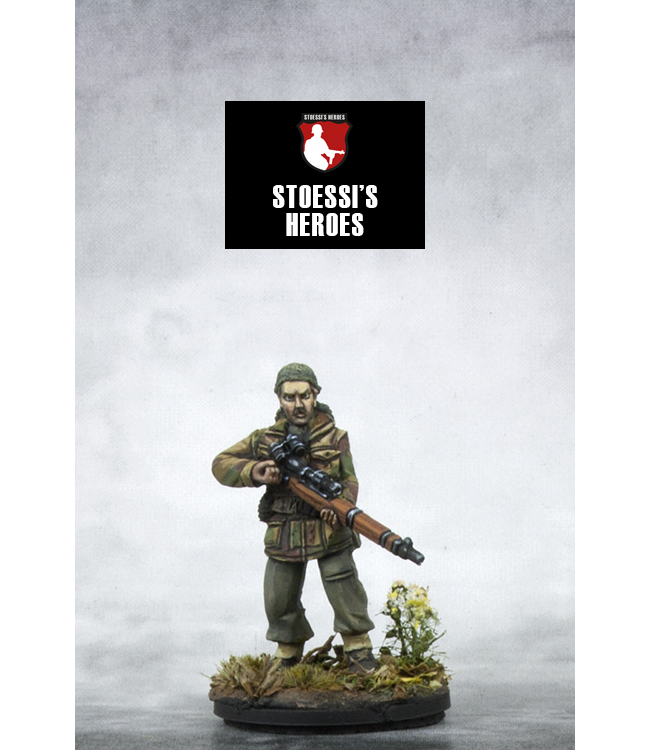 By 1944, Canadian infantry battalions had a platoon of scouts and snipers. Equipped and trained in stealth and camouflage, they were the forerunners of today’s recce troops.
One of them was Sergeant Harold A. Marshall, a Calgary Highlanders sniper. A picture of him became one of the most famous photographs to come out of WW2 and was also the inspiration for this miniature.

Canadian Highlander Scout and Sniper Sergeant in 28mm – great for Bolt Action and other WW2 wargames.
This miniature is cast in white metal and shipped without a base.