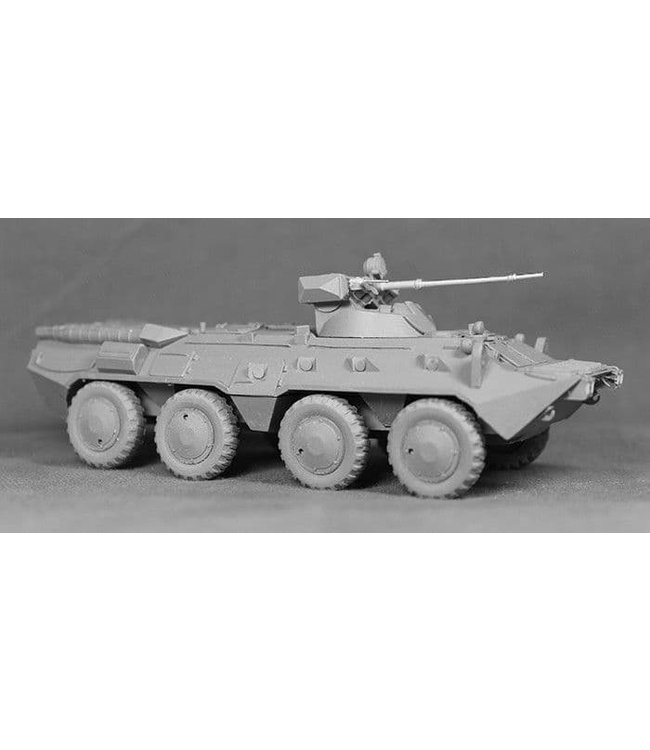 The Russian BTR-80 Armoured Transporter is an 8×8 wheeled amphibious armoured personeel carrier designed in the Soviet Union and still used in front line sevice by the Russian Federation. It was adopted in 1986 and replaced the previous vehicles, the BTR60 and BTR70.

The latst development is the BTR82A which is basically the same vehicle with a few modifications.