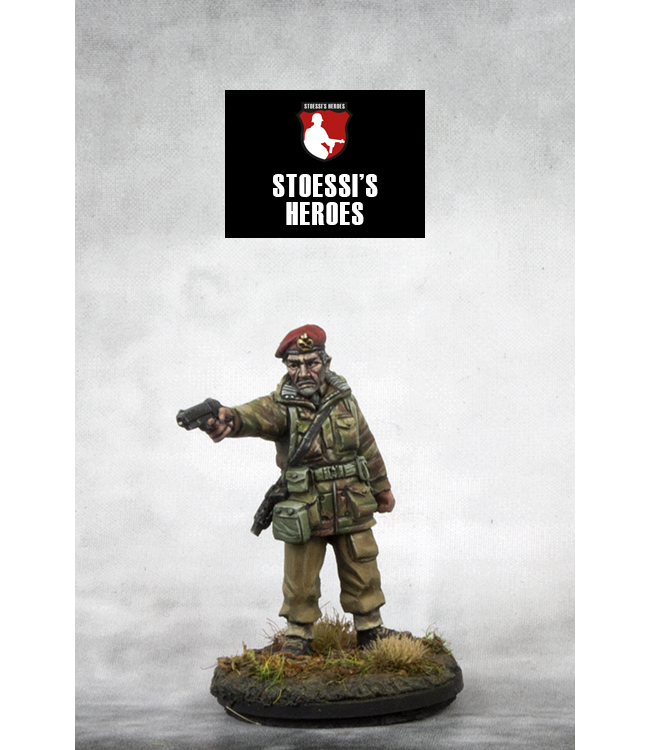 This piece is inspired by the movie “A bridge too far”, a classic from 1977. It is based on the historical events around Operation Market Garden. In the movie, Sean Connery plays Major General Roy Urquhart of the 1st British Airborne Division. The miniature is based on a particular scene where he shoots a German soldier through a window from inside a building.