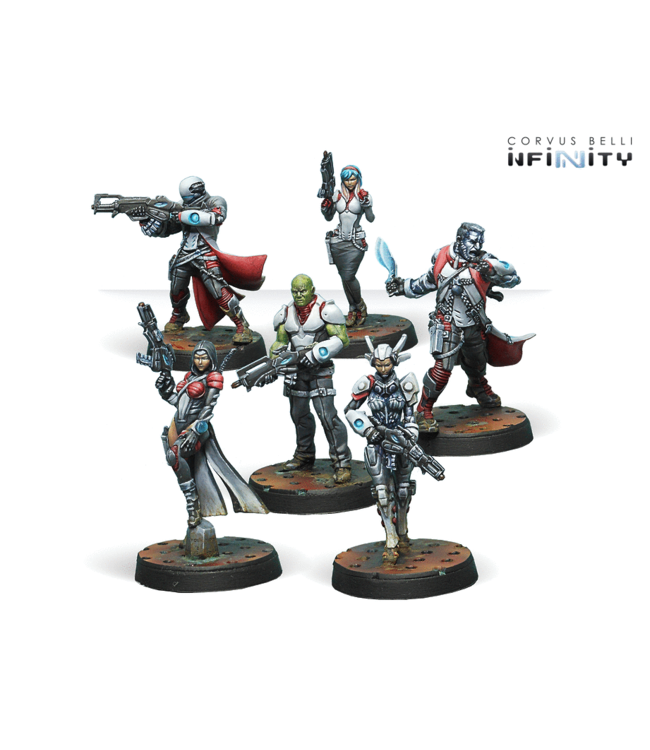 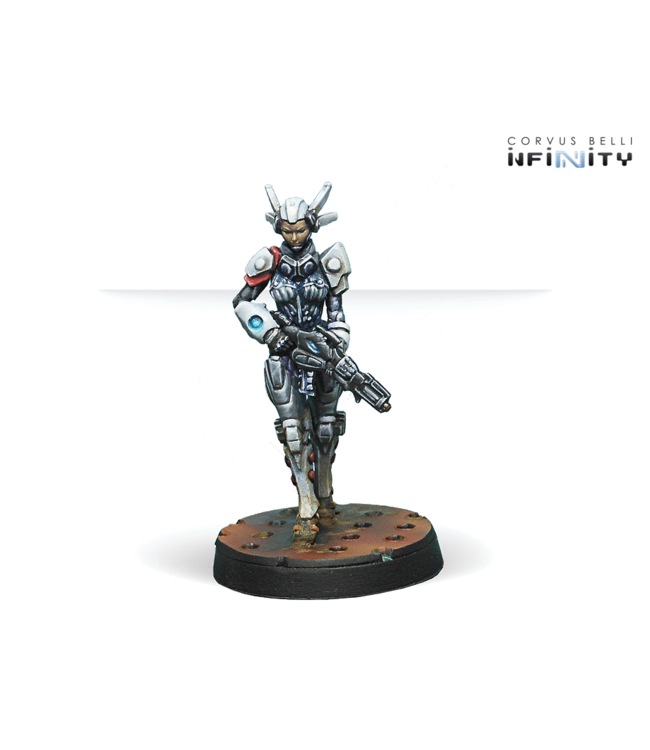 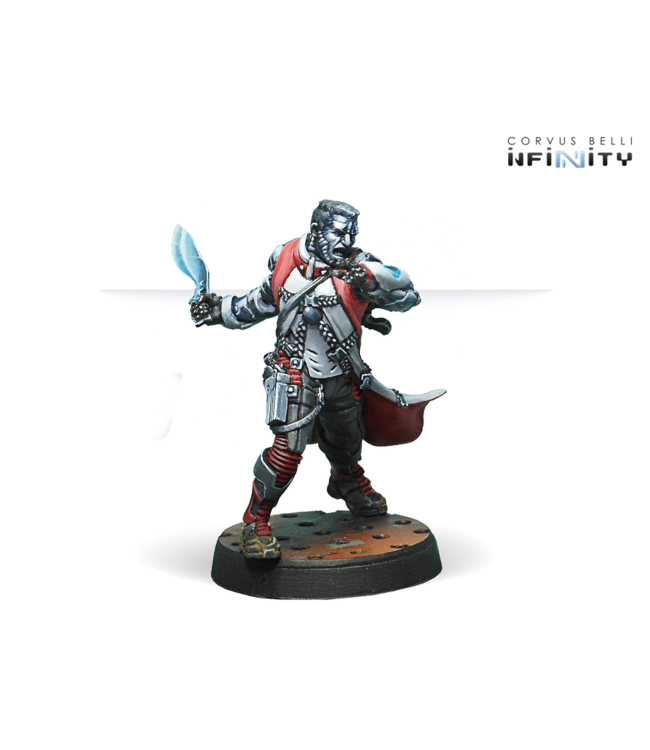 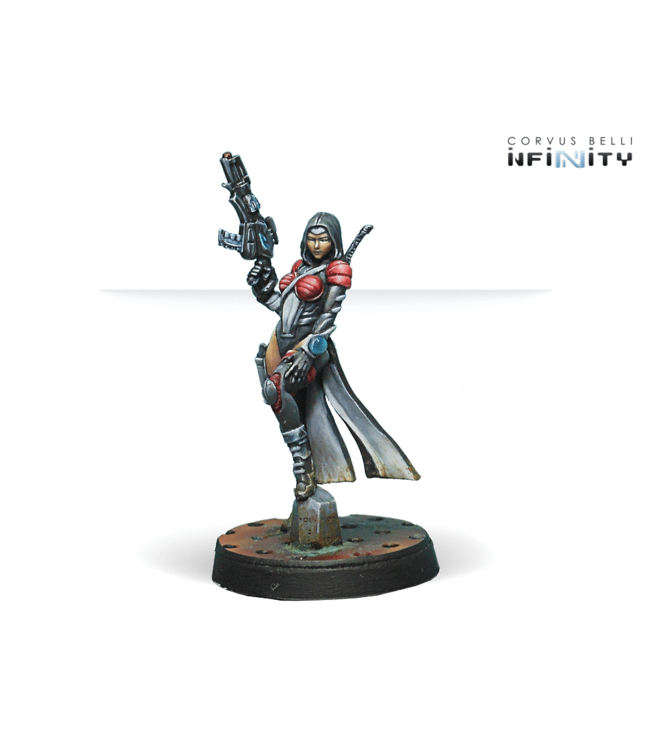 This Starter Pack is the best choice to start collecting, providing the core units of any army list: two Moderators with Combi Rifle, the base infantry; a Morlock, a dangerous Warband; a Sin-Eater, an elite marksman who will be your first and the last defence; a Reverend Moira, a lethal Medium Infantry; and one Riot Grrl, a Heavy Infantry with bad moods.

The Jurisdictional Command of Bakunin it is based around self-defence, covert incursion into enemy territory, and limited clandestine activities, applying some of the revolutionary, and often illegal, Praxis developments.

The backbone of Bakunin’s army is the Moderator Corps, an independent police force with paramilitary training and which has some sections with operative profiles extending beyond the sphere of law and order. The Corps has been involved in so many counterterrorist and paramilitary operations that its inclusion as a Special Forces combat unit is more than justified.

Infiltration missions are the responsibility of the Special Operations Command which has a section for surveillance and information gathering (Of which Zeros are its finest exponents).

The fist of the Bakunin command is formed by the Observance, with its cyber-warfare experts, its strict discipline and its obsession for the fight against ALEPH. On the other hand, the armoured force of Bakunin’s military section is the direct responsibility of Praxis’s technomants, with their innovative technological recipes, who practice their particular magic on everything that falls into their hands, optimizing what anybody else would have considered obsolete.