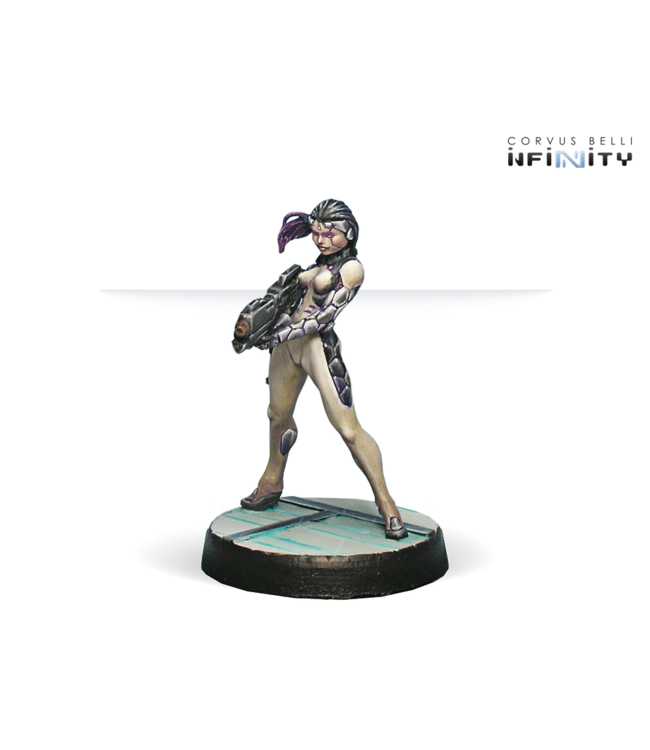 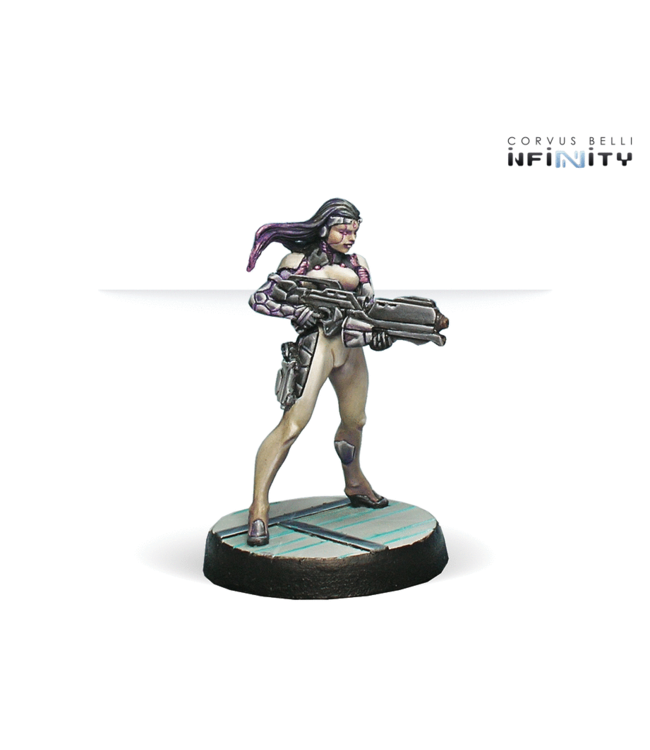 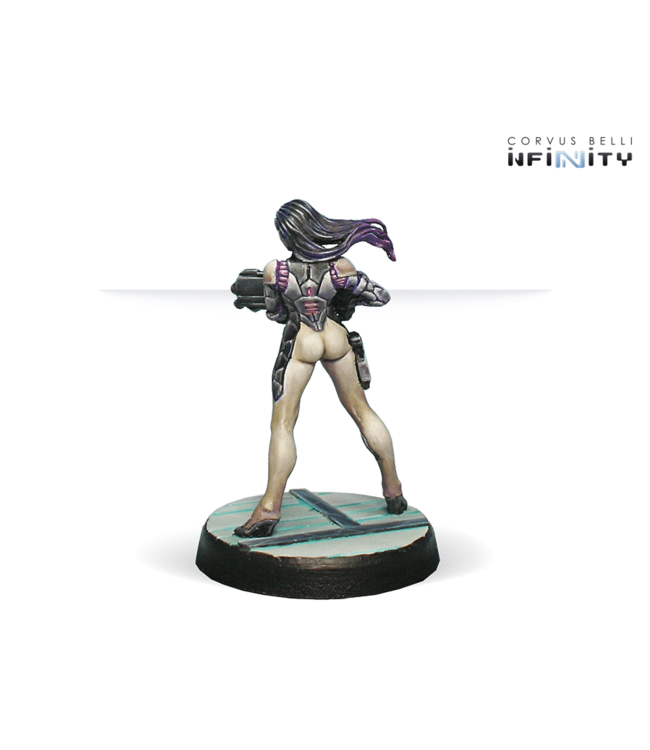 Asuras are ALEPHs elite, some of the finest Heavy Infantry in the Sphere. They use modified Boddhishatva model bodies: military grade state-of-the-art hosts, protected by highly absorbent sub-dermal armour-plates. They can carry out long campaigns without resting and never show fatigue. Magnificently prepared and highly qualified, Asuras are the best of the best, a superior category of special operatives. Their missions are the greatest challenges, the most severe and intensive operations, and the most dangerous threats. The code-name Asura couldn't fit them better, as in Vedic mythology these beings were the both the oldest of gods, with hidden powers, and terrible spirits completely devoted to destruction.

Asuras of the Special Situations Section are first rate storm troops. They can work individually or in small units to assault and destroy enemy positions, act as armed escorts in high conflict hostile environments, or carry out electronic and psychological warfare operations. Disdainful and implacable, Asuras never drop their pace, never hesitate in the face of enemy fire and never break formation. They are the perfect infantry, killing and dying without hesitation, like a sublime incarnation of the most pure and heartless arithmetic.