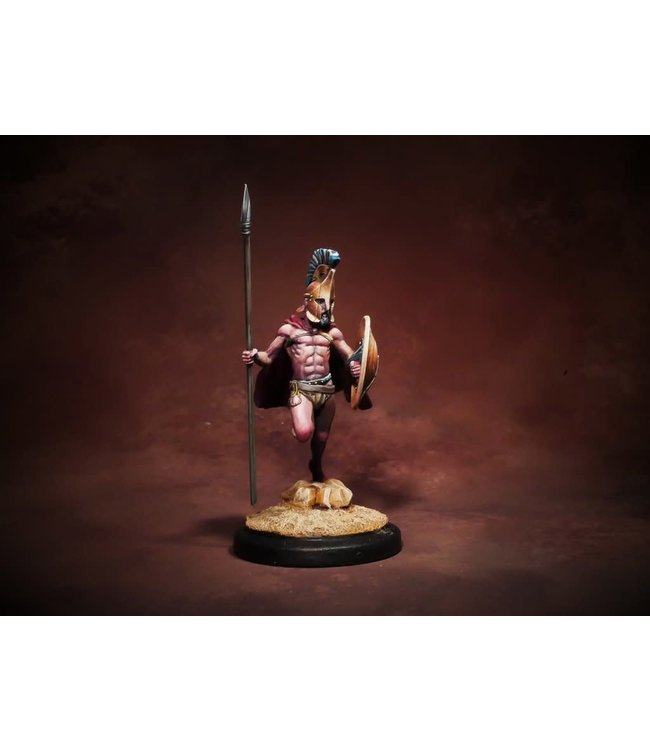 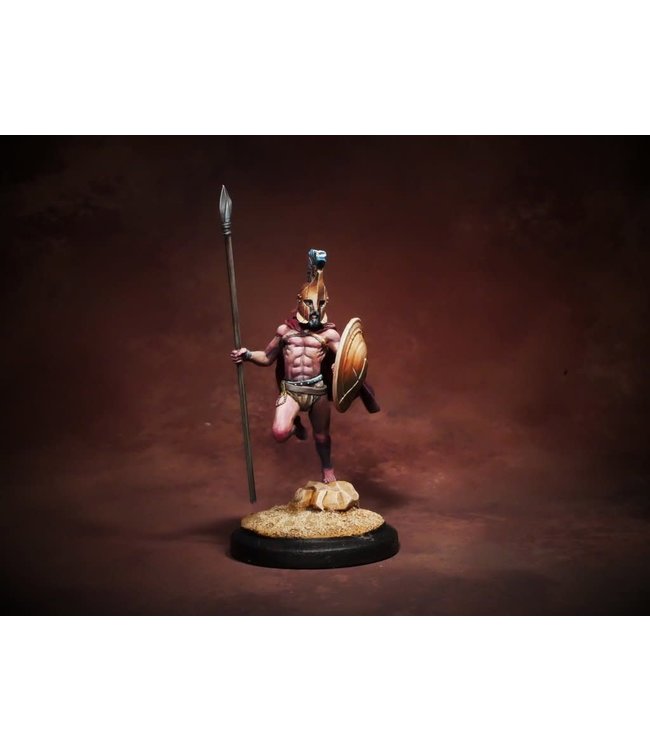 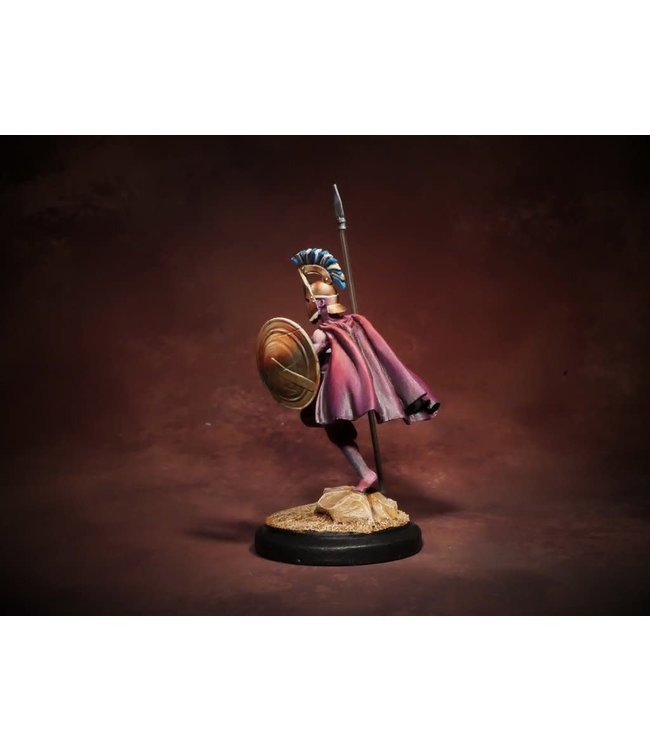 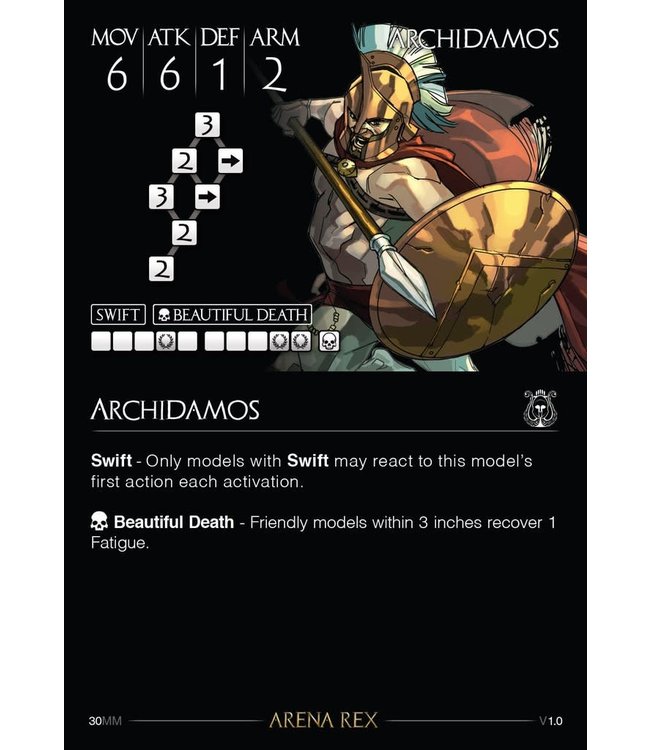 Archidamos is the prototypical Spartan, chosen from thousands to represent his homeland in the arena. In response to the formation of Ludus Hellenicus. Sparta instituted rigorous trials to choose a specimen worthy of their great tribe. The elders watched as match after match concluded leaving only one man standing. None were surprised to see that man was Archidamos, none except for the victor himself. He had intended to bow out at some point during the final round, not wanting to be separated from his brothers in arms;  but as he began to spar with the best Sparta had to offer the reluctant gladiator entered a state of ekstasis. Awaking only to find his rivals defeated and humiliated. The dubious honor bestowed upon him felt more like exile. Though duty comes before all else in Sparta.