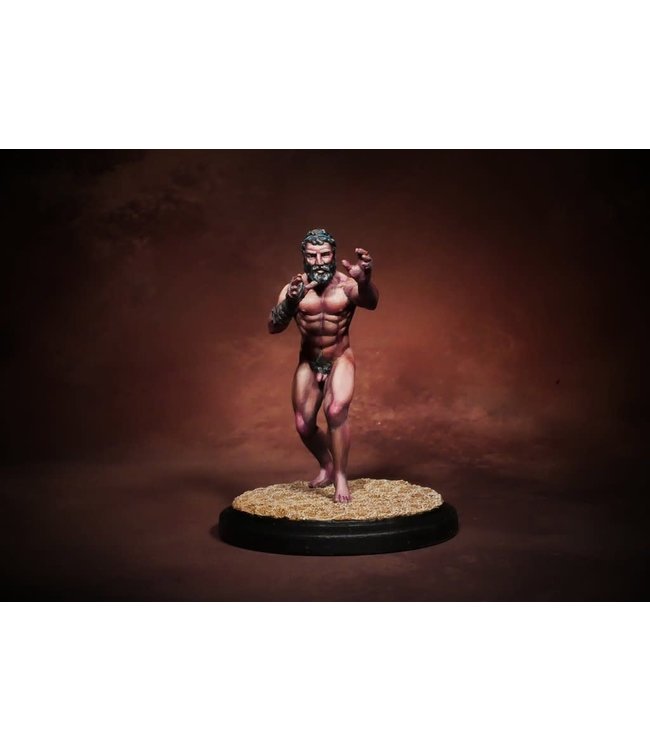 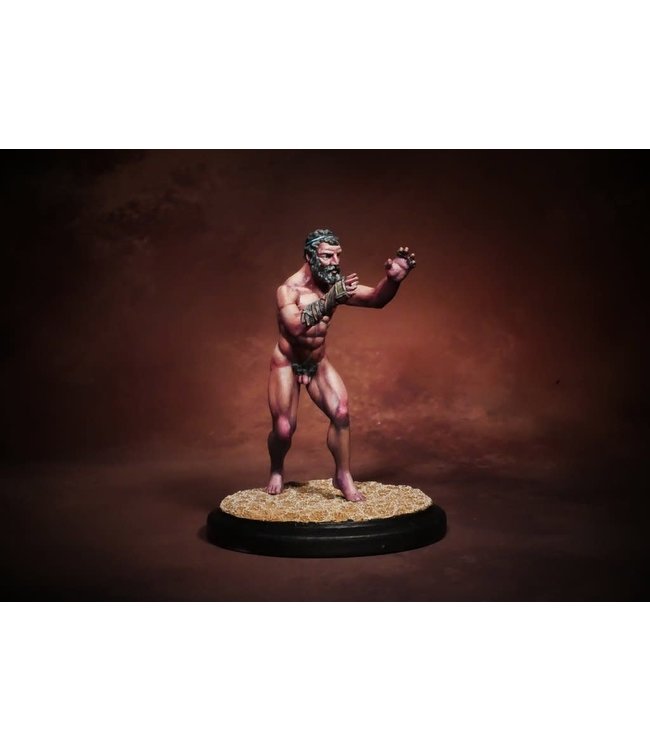 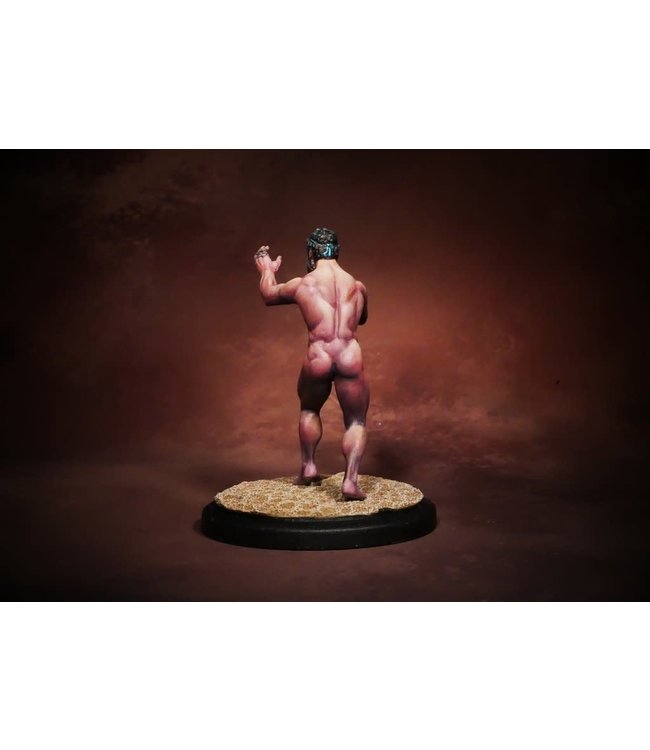 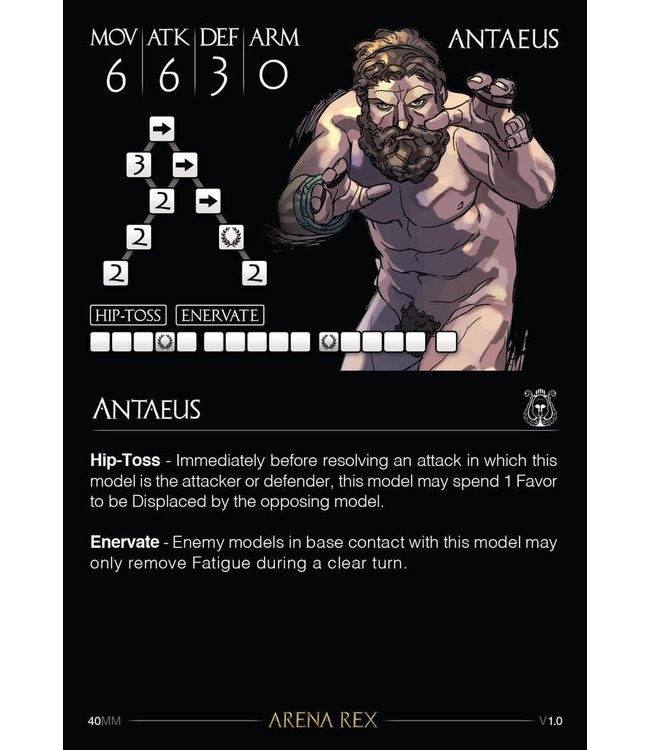 Those who pick on small and sickly boys are the lowest among us, or so Antaeus’s father would say as he cleaned his young son’s cuts and scrapes.The philosophies spouted by his father seemed mere platitudes meant to comfort a scrawny child, until Antaeus began helping as a scribe and absorbing some of the lessons and scrolls he was helping to prepare for richer men’s sons. His opportunistic studies led him to embrace the philosophy that the agony of direct competition was the path to personal growth, and thus the reason to live. He became known for writing of his mid-contest epiphanies, and has inspired a new contemporary breed of warrior philosopher throughout the league. Seeking further growth than the league Olympics could provide, he now pits his flesh against all styles of opponent in the Arenas of the world. Keeping only what winnings he needs to survive, Antaeus throws the remainder of his purse to an uncharacteristic mix of fans and followers.

Antaeus is a Helleniki gladiator.