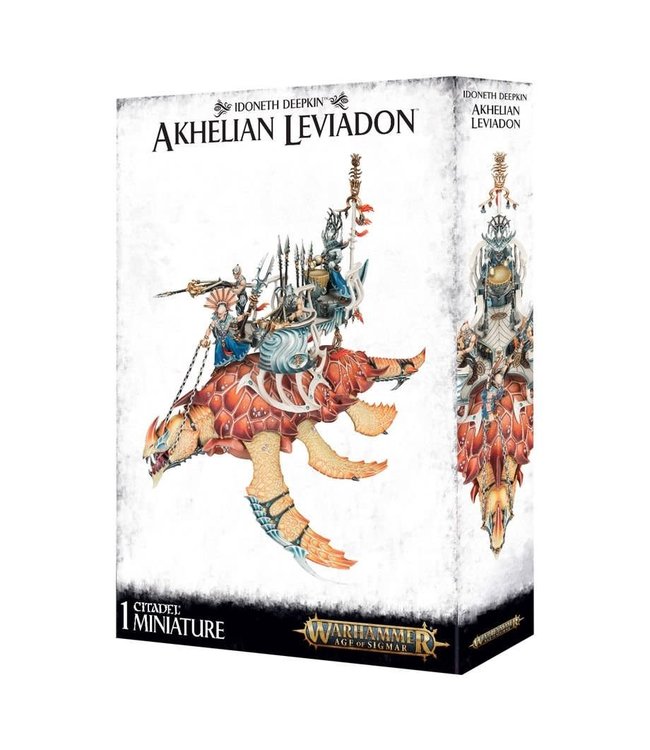 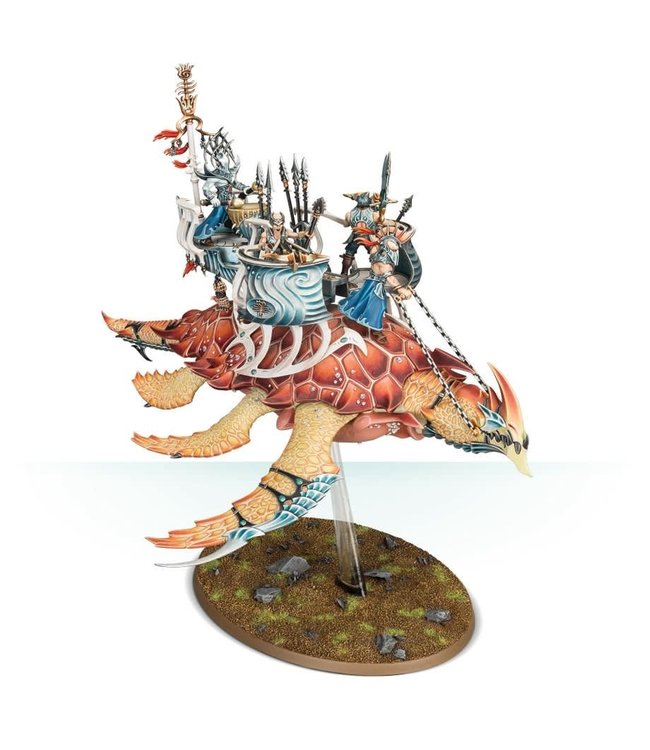 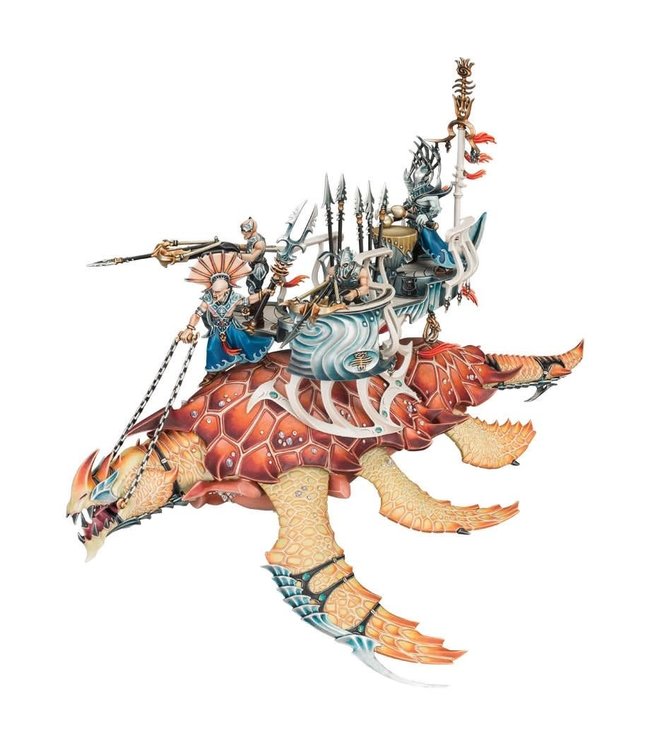 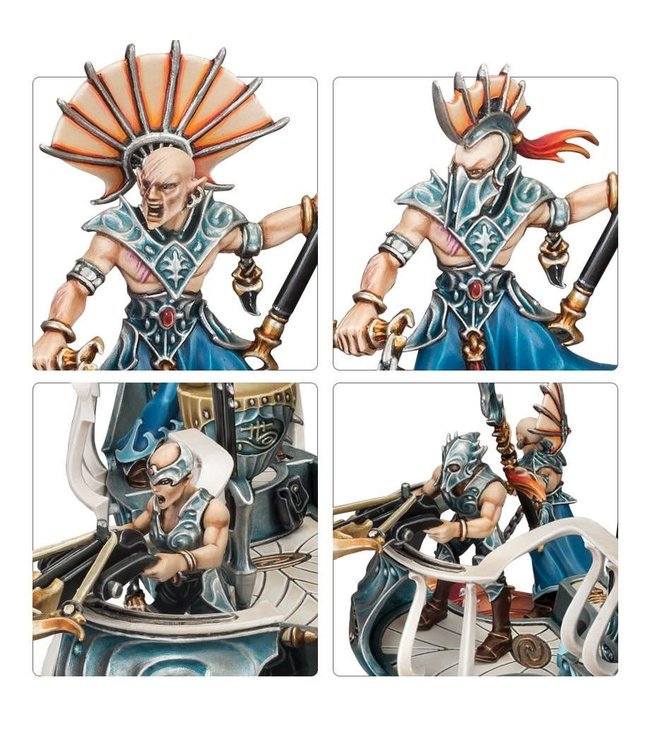 Shrugging off enemy missiles, the Akhelian Leviadon plunges into the fray. Scythed fins dismember foes while the beast’s powerful jaws clamp down with enough force to crush tempered steel. Should the aelves on its back come under assault, they strike out with hooks and blades, while the Ma’harr, the master of the reins and a high-ranking Akhelian, impales foes on his twin-pronged spear. Protected by its thick scales and nigh-impenetrable shell, the Leviadon acts as an indomitable anchor point in an Idoneth phalanx. Whether used as a living battering ram or as a mobile weapons platform, these enormous bond-beasts have proven themselves in battle time and again.

This multi-part plastic kit contains the components necessary to assemble an Akhelian Leviadon. A large centrepiece model, it looms large above the Thralls and Reavers of an Idoneth army. 6 fins, 3 either side, propel it through the phantasmal seas; the frontmost pair of these are fitted with segmented blades, with the others featuring smaller but equally effective spurs, and each pair – along with the tail section, also fitted with piercing spurs – can be modelled in differing positions allowing for the illusion of flowing movement. Its head features an aggressive profile, with horns and spikes (and the option of a closed or open mouth), but the most notable feature is the blinders and chains – this beast is enslaved to the Ma’harr who stands to the front of the howdah, guiding it into battle. 2 crew either side each man a razorshell harpoon launcher and a Void Drummer – whose insistent pounding beat distorts light itself, providing cover from enemy fire – stands at the back.

The Leviadon includes a host of accessories for adding detail – 13 items, including bottles, jars, bags, lamp cases, cauldrons and nets. These accessories make perfect additions to the howdah, providing a lived-in atmosphere.

This kit comes as 90 components, and is supplied with a Citadel 120x92mm Oval base, and a 75mm flying stem.