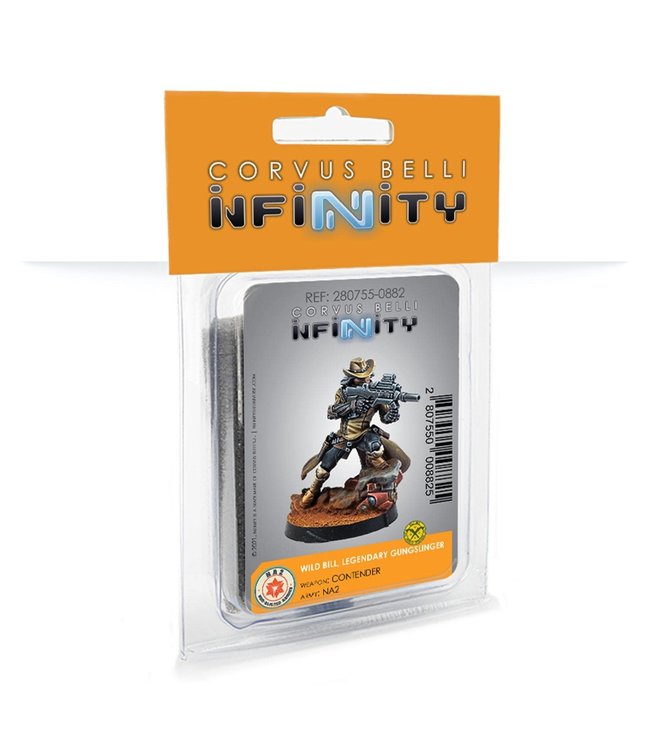 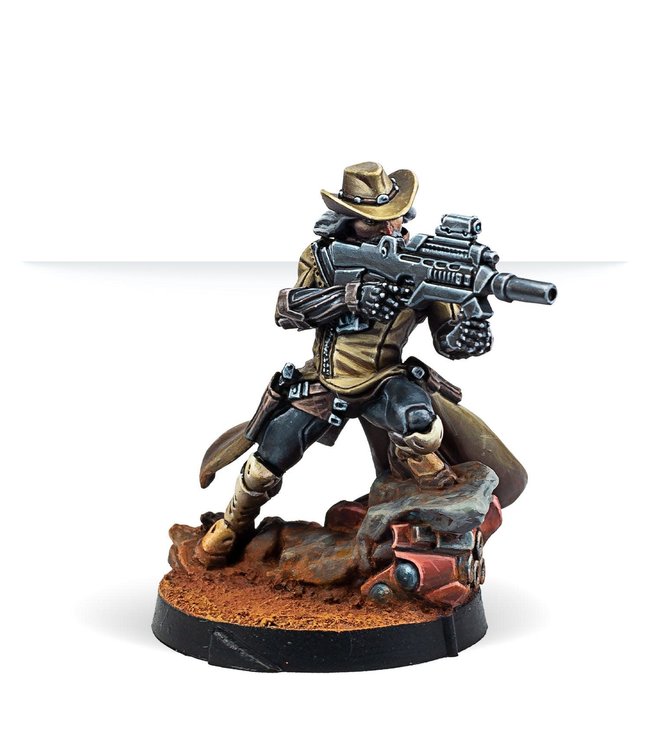 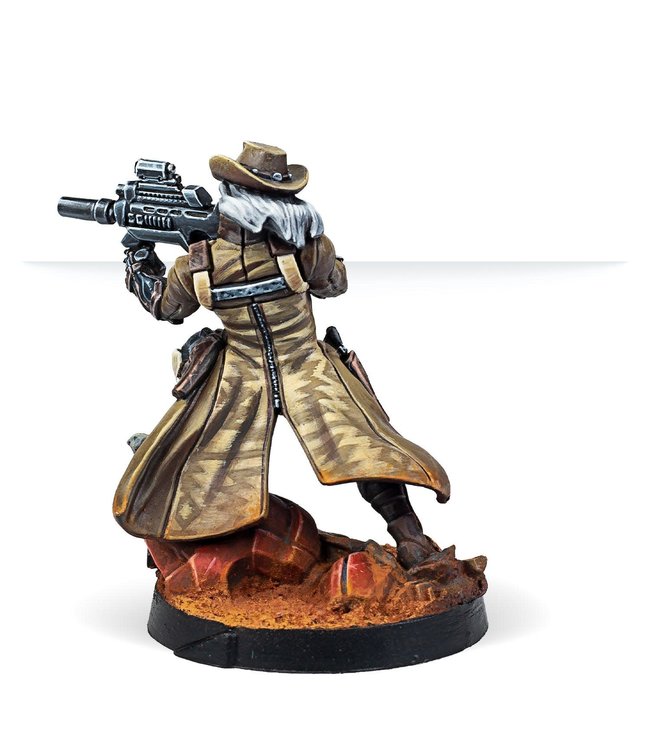 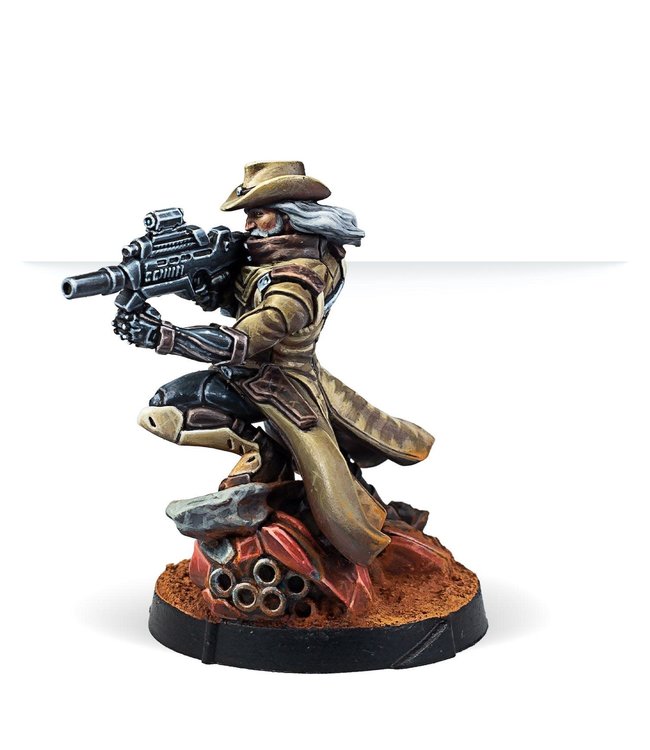 Everyone knows Wild Bill, the gunslinger of legend, the great Bahadur, champion of Aristeia! on several occasions, the shining star who dominates the Hall of Fame of the greatest sport-spectacle in Maya’s history. But who knows the man behind the myth? It was in the worst zones of the Mars-Saturn and Human Edge circuit that Wild Bill forged his well-known reputation among the Human Sphere’s most dangerous men and women.

This is the regular catalogue version of the Competition Pack ITS Season 11 exclusive miniature. This mercenary model is armed with a Contender.