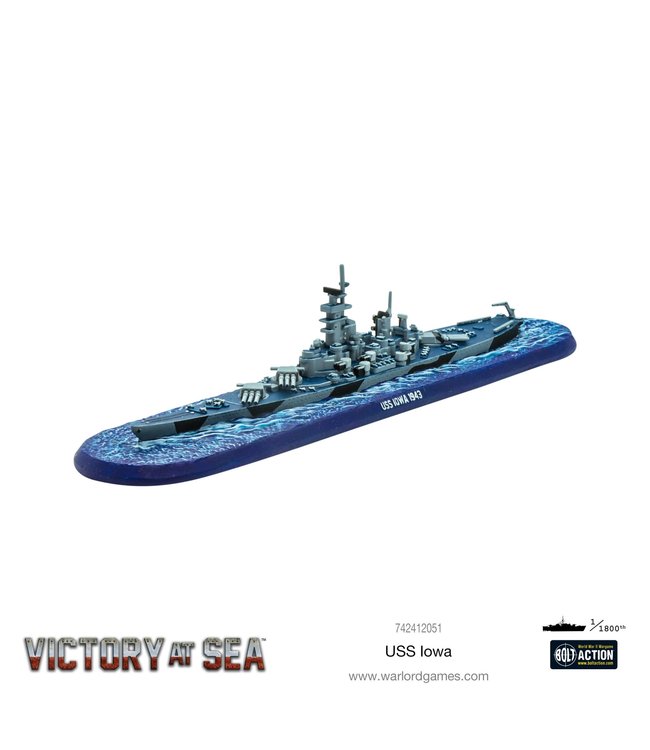 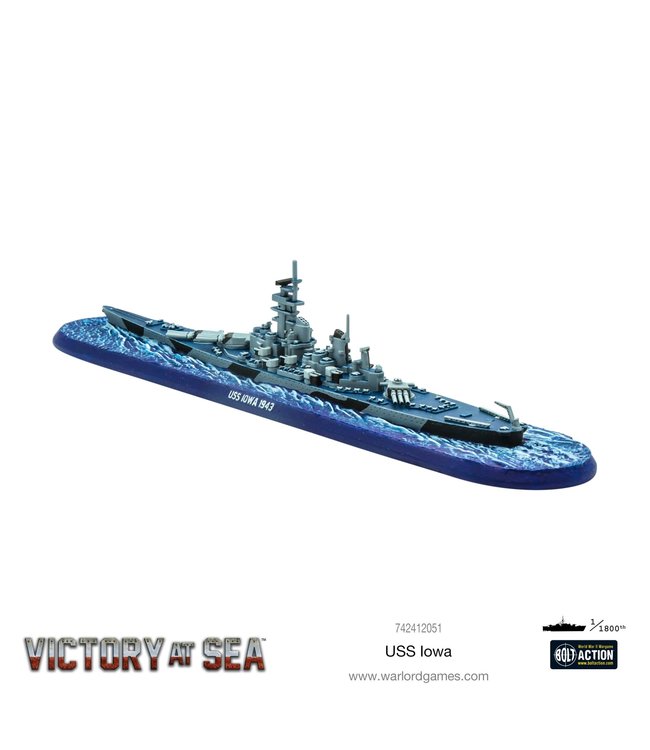 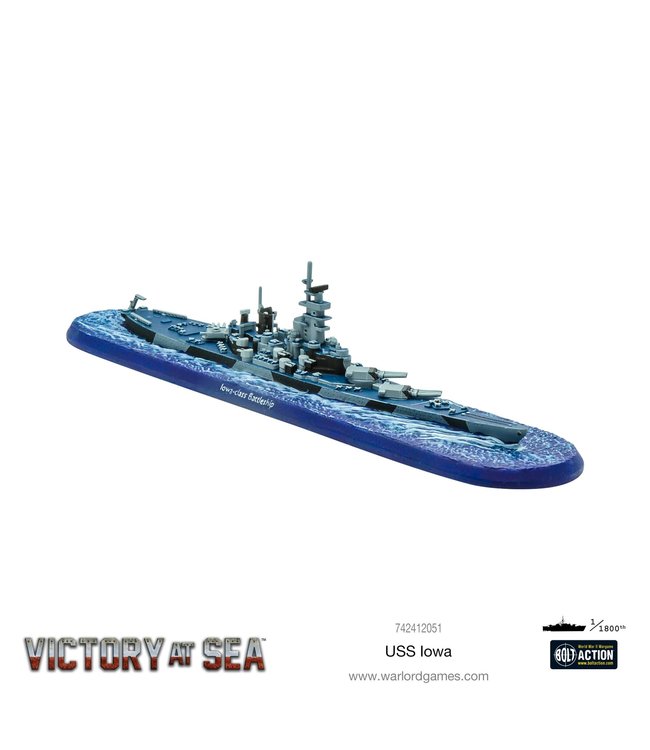 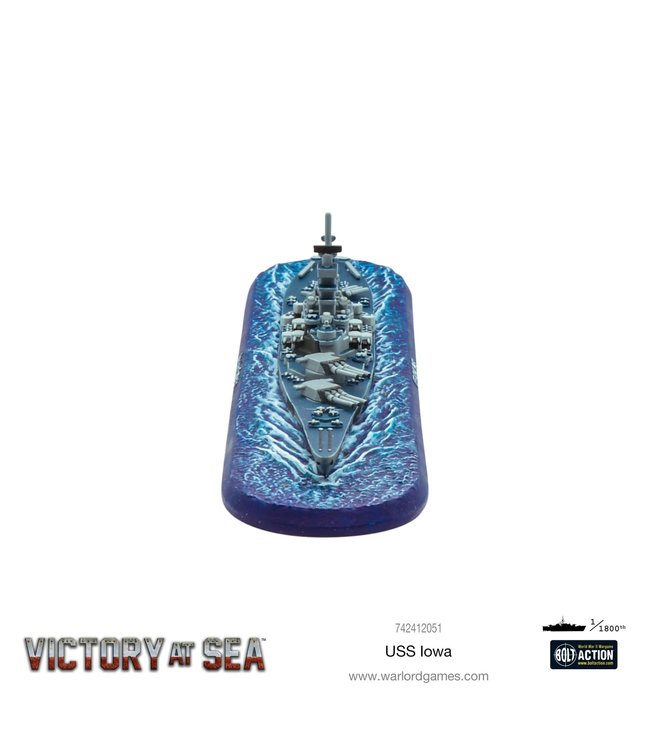 One of the largest battleships ever built. Based superficially on the South Dakota-class, the USS Iowa had heavier armour and was 200 ft. longer. It was also incredibly fast, due to increased output from the engines, and its greater size allowed it to mount more anti-aircraft guns, making it a formidable prospect for attacking planes. Invariably used as flagships for task forces, the Iowa-class was also supremely equipped to act as escorts for the fast carrier fleets of the Pacific.

During World War Two, USS Iowa transported President Franklin D. Roosevelt across the Atlantic to Algeria, bound for the conference with Winston Churchill and Joseph Stalin in 1943. Transferred to the Pacific fleet the following year, her operations including the preparatory shore bombardments at Kwajalein and Eniwetok and the screening of carriers around the Marshall Islands. She was present for the Japanese surrender in Tokyo Bay, serving as the flagship of the Third Fleet under Admiral William F. Halsey. She would go on to serve in the Korean War before being decommissioned into the “mothball fleet”. Reactivated in 1984 in efforts to counteract the expanding Soviet Navy she was finally decommissioned after 19 total years of active service in 1990. Today she serves as the USS Iowa Museum at the Port of Los Angeles.