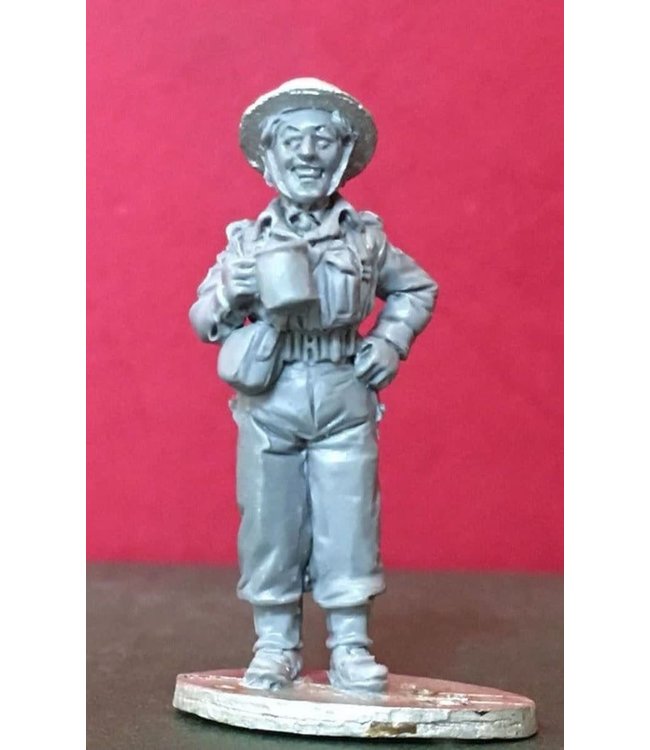 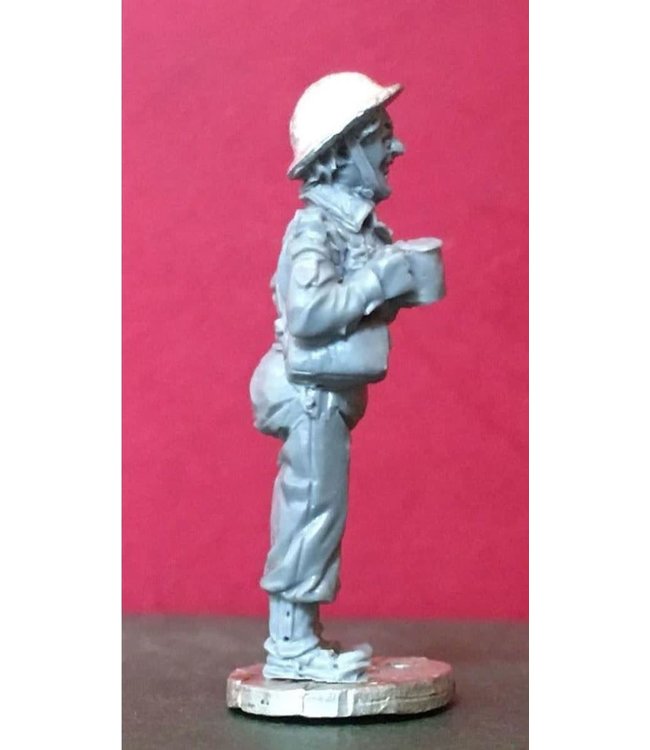 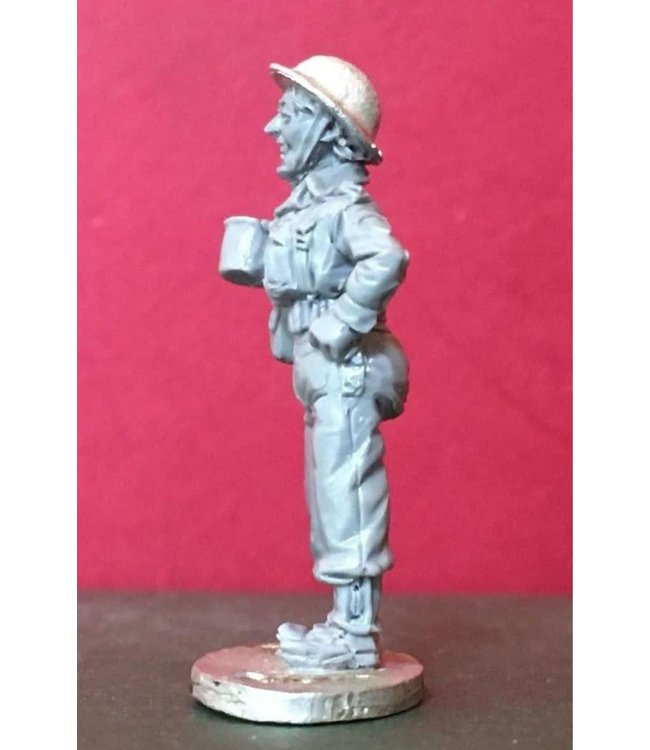 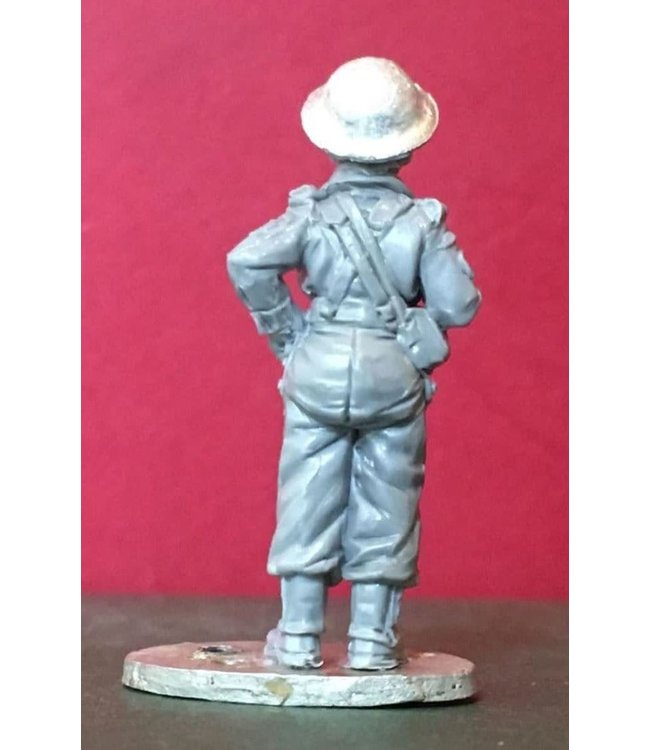 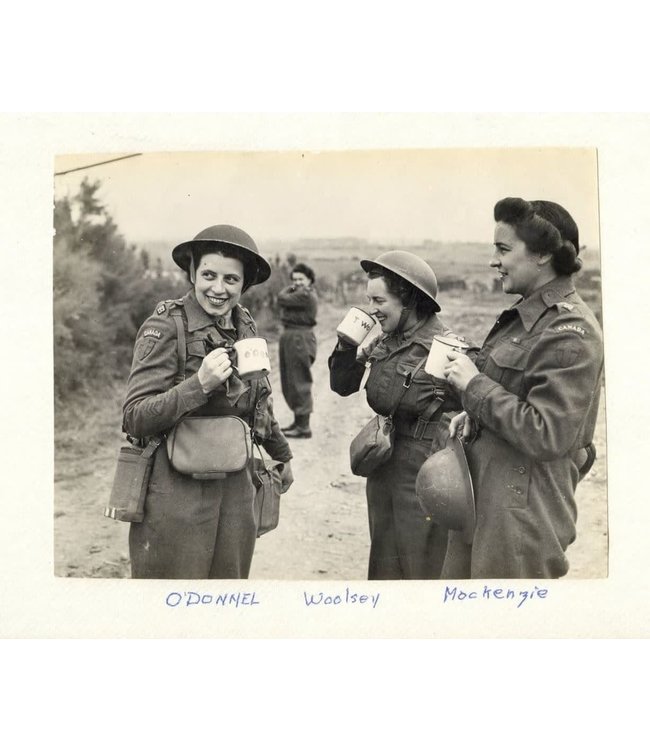 Due to the incredible work that medical staff have been doing especially in these incredibly traumatic and dangerous times Paul Hicks has designed and sculpted a figure of a WW2 combat nurse.

This is the story behind the figure in Paul's words;

"So getting inspired by the fantastic work the NHS is doing. I decided to sculpt a figure. I thought about a nurse in NWE. So I used my Google fu. I found some pictures of Canadian medical staff. I remembered a good friend Jenna Waiser told me that her Grandmother was a Canadian nurse who arrived on Juno beach. I sent a picture I had found. Jenna said ‘that’s my grandmother. She has her name on her mug’. Well I sculpted a figure of Jenna’s Grandmother . Jenna’s grandmother is in the centre of the original photograph attached.

We hope you agree that the figure, although WW2 invokes the spirit of our hero nurses from Florence Nightingale to the present Covid 19 emergency.

Paul has asked Empress Miniatures to sell this figure and we are very proud to do so. Paul has given his time and skill and we have paid for the moulds and will give our time freely. The majority of the money will go to the British National Health Service charity.  The Royal School of Nursing Covid 19 support fund.

The figure is due to be moulded in the next few weeks and so please purchase this great figure and add it to your figure collection. Weirdly we have a Canadian Armoured Ambulance being released in a month or two as well which was a pure coincidence.