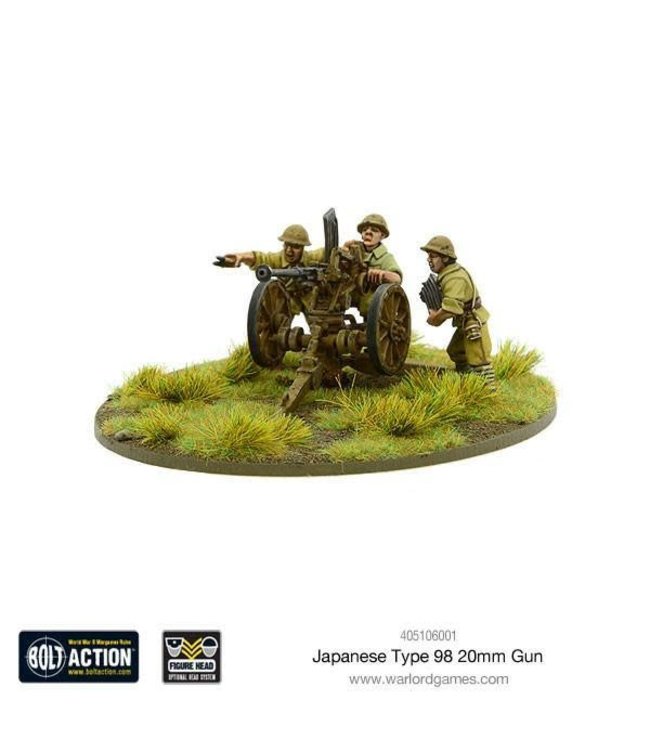 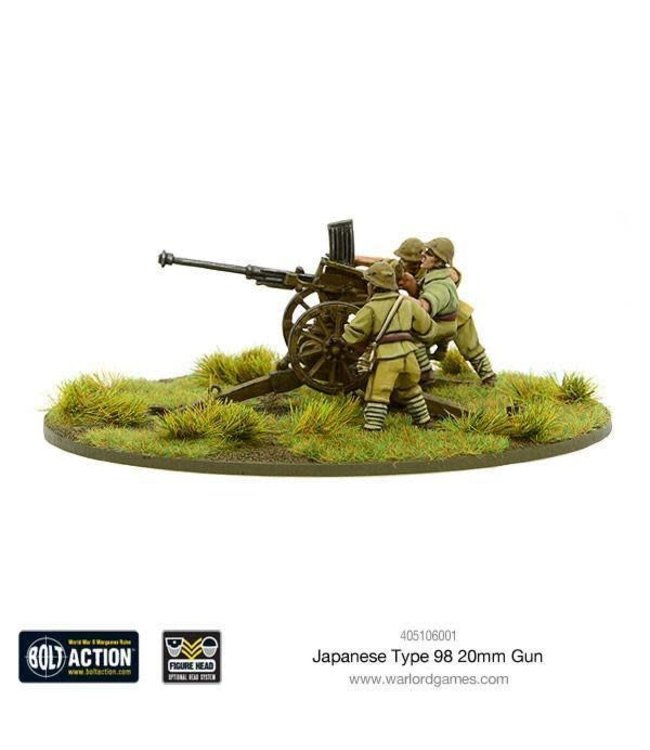 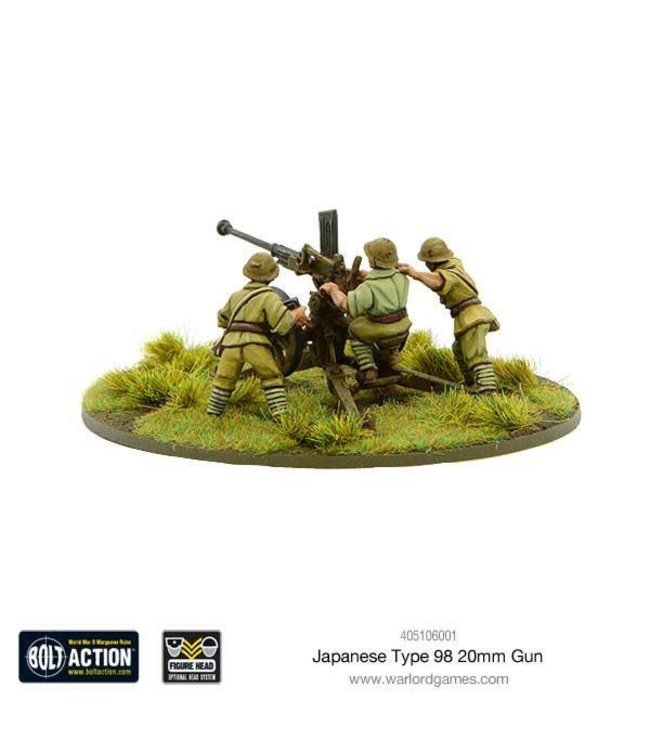 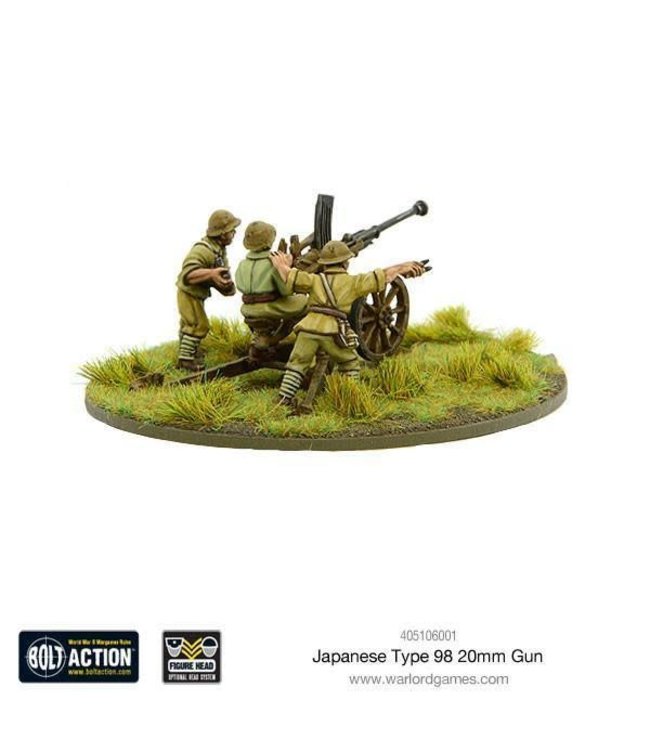 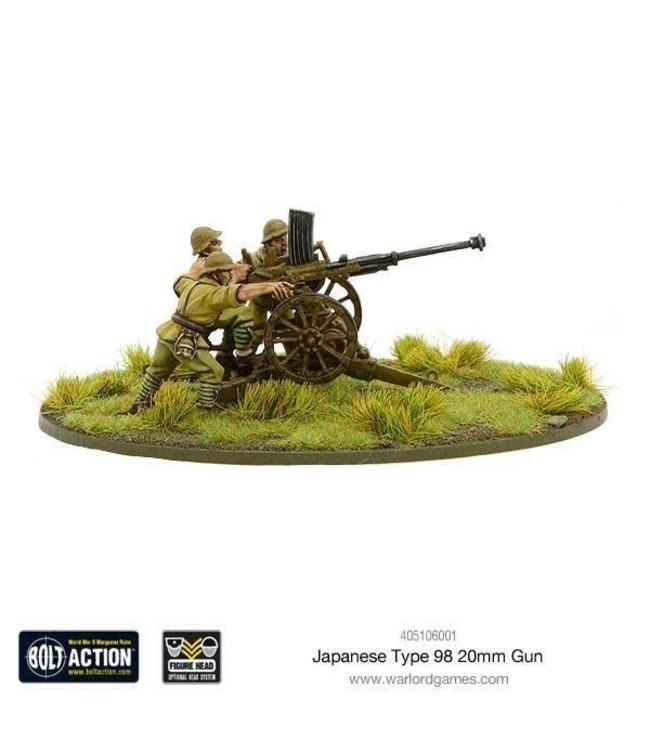 The Japanese had a variety of large-calibre anti-aircraft guns, none of which really enter into the realm of the tabletop wargame. Smaller 20mm calibre weapons were supplemented by pintle-mounted machine guns of various types.

The Type 98 20 mm AA machine cannon was the most common automatic light anti-aircraft cannon used by the Japanese in World War II. It was based on a Hotchkiss design and was introduced in 1938. A more sophisticated weapon was the Type 2 of 1942 based on the German Flak 38 with a central fire-control mechanism and sometimes fitted in a dual mount.

An experienced crew could deploy it in about three minutes or set up and fire, albeit inaccurately, from its wheels.