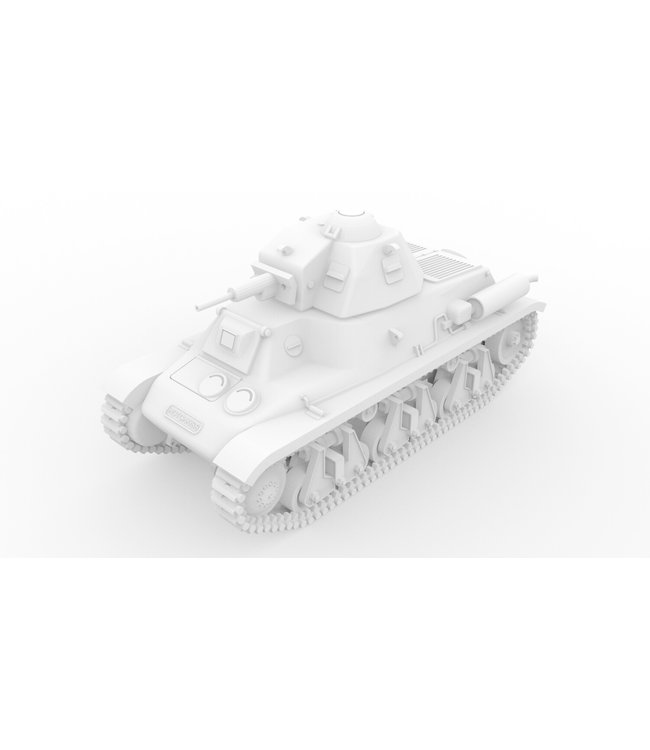 As the Cavalry wanted an even better top speed, it was decided to bring to fruition experiments already conducted from October 1936 to install a more powerful engine. A new prototype was built in 1937, with a 120 hp instead of a 78 hp engine. The hull was enlarged, giving it a higher almost level engine deck, to accommodate it. The track and the suspension elements were improved, raising the weight to 12.1 t (11.9 long tons). This improved type was faster, with a top speed of 36.5 km/h (22.7 mph), but also proved much easier to drive.