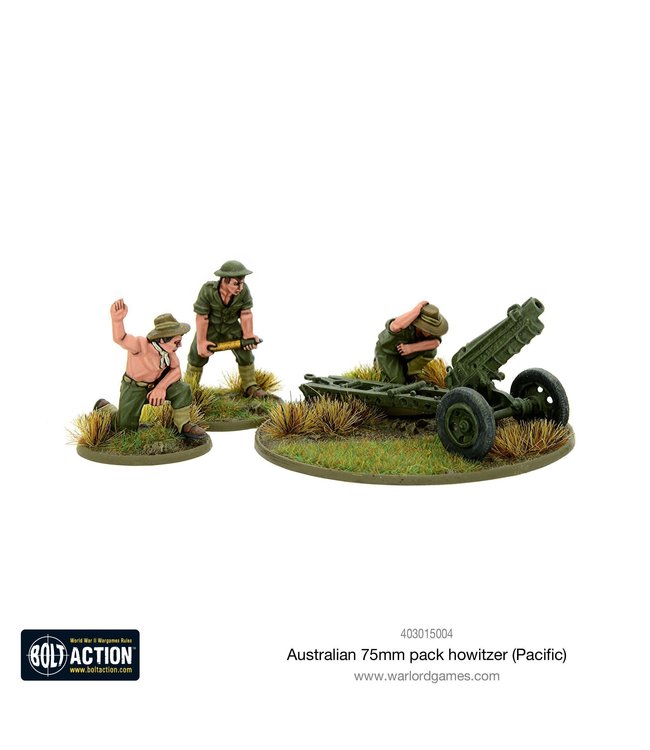 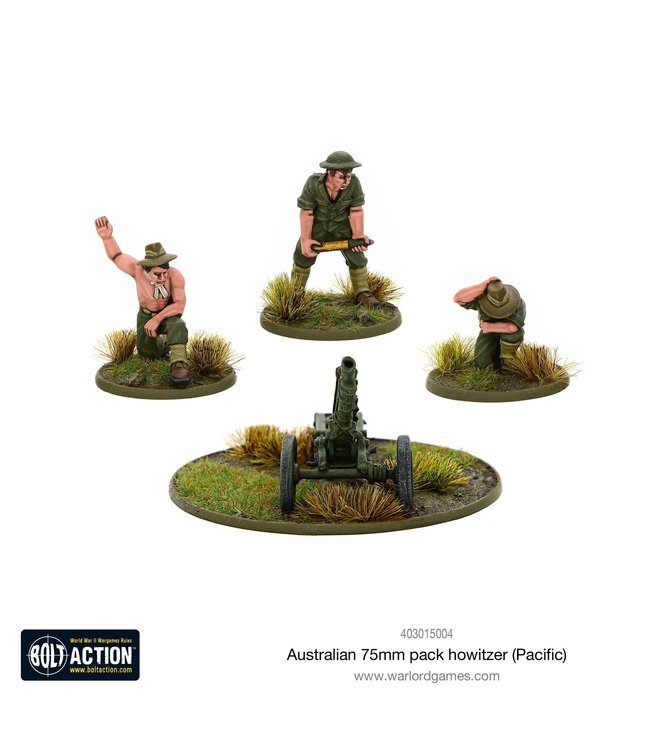 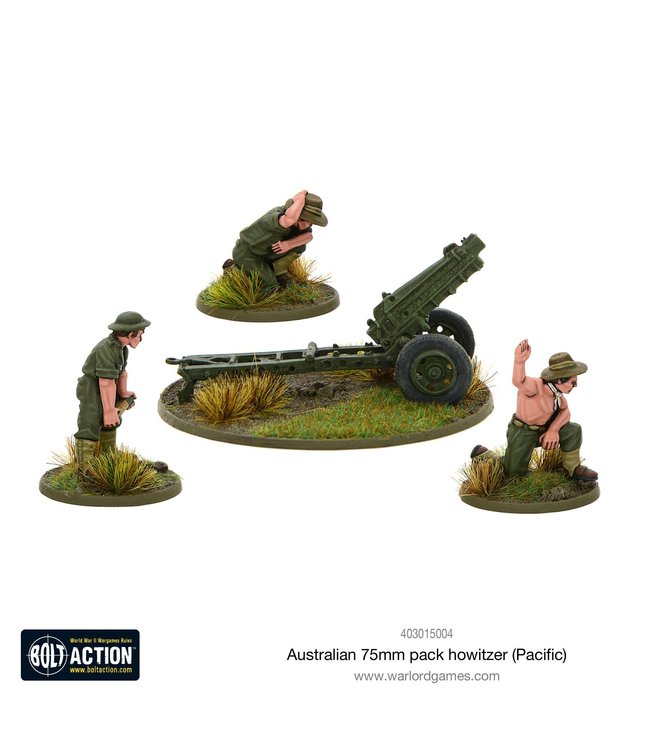 The ubiquitous 25pdr was the standard artillery piece of the Australian Army in the Pacific theatre, as it had been in the desert. The complete lack of roads and the dense jungle terrain encountered on the Pacific islands meant that deploying these guns was extremely difficult.

One solution was to modify the gun by removing the gun shield and shortening the barrel. These were known as the 25pdr ‘Short’ and were 500kg lighter than the original, able to be man-handled and air-dropped. The special anti-tank ammunition was not normally issued in the Pacific theatre.